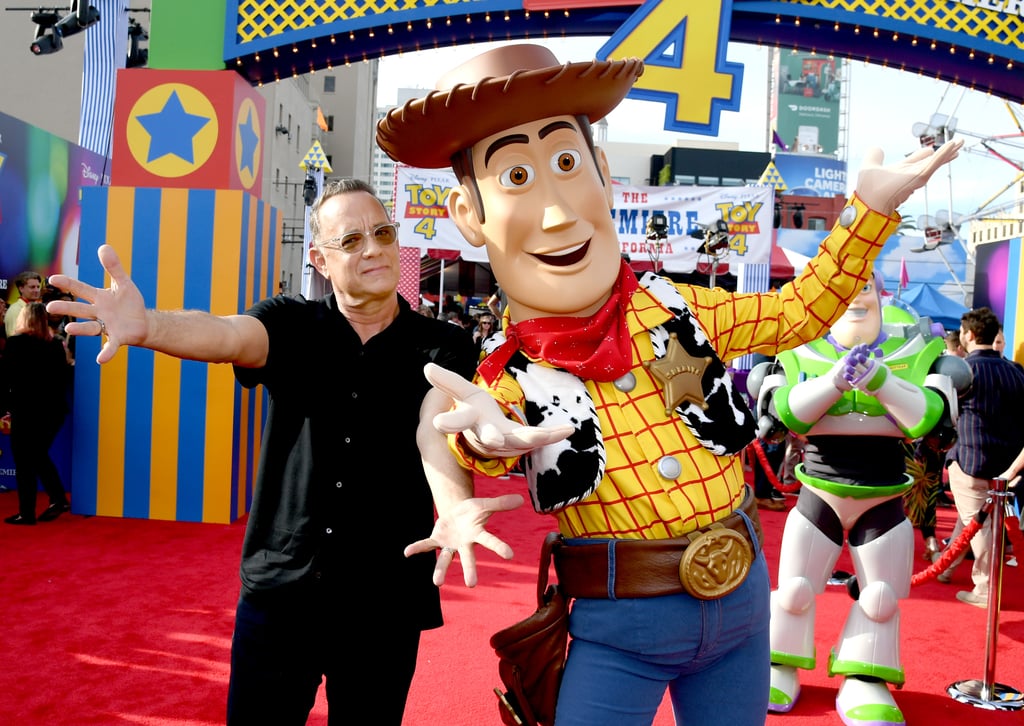 The Toy Story 4 cast had an absolute ball at the movie's world premiere in LA on Tuesday — a Pixar ball, that is! Tim Allen (Buzz Lightyear), Tom Hanks (Woody), Annie Potts (Bo Peep), and more stars old and new gathered to celebrate the film's upcoming debut, further fueling our excitement for the animated franchise's fourth installment. While making his way down the red carpet at the premiere, Tom shared some cute moments with the giant Sheriff Woody character, fixing his red bandana and having an otherwise "rootin' tootin'" good time. Meanwhile, Tim followed suit with the oversize Buzz Lightyear character, mimicking his poses and taking plenty of silly pictures.

Toy Story 4 hits theaters on June 20, introducing fans to a handful of new characters, including Forky (played by Veep's Tony Hale), Duke Caboom (portrayed by Keanu Reeves), and Ducky and Bunny (played by Keegan-Michael Key and Jordan Peele, respectively). Ahead, see all the photos of the cast living their best lives at the film's world premiere.