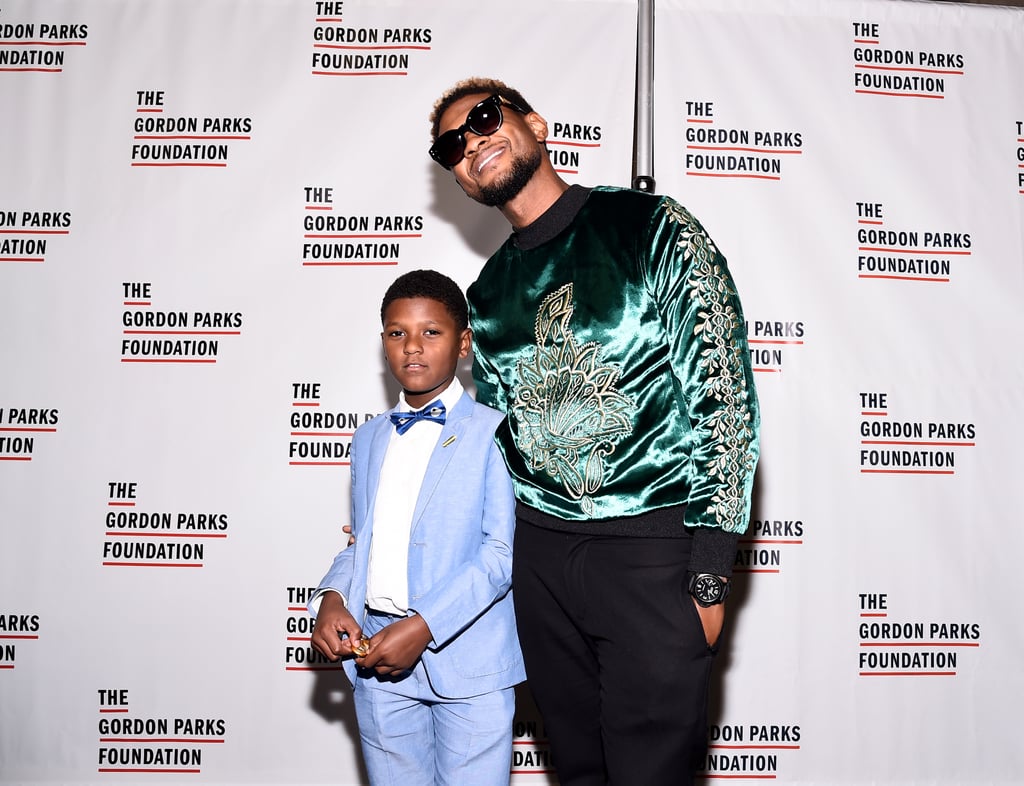 Usher attended the Gordon Parks Foundation Awards Gala in NYC on Tuesday night, but it was his son Usher V (aka Cinco) who stole the spotlight. After the singer skipped the One Love Manchester concert to take his 9-year-old to Camp Kudzu (a summer camp for kids living with diabetes), the father-son duo put on their best smiles as they walked the red carpet. While Usher donned black pants and a flashy green shirt, his son looked sharp in a powder-blue tux. The father of two even gave his son a quick lesson in swagger by letting him borrow his shades and showing him how to pose for the cameras. Of course, the sweetest moment had to be when Usher stepped back and admired his little guy from afar. So sweet!

Family Life
Julia Fox Is a Mom of a 2-Year-Old, and Her Apartment Proves It
by Melanie Whyte 1 hour ago