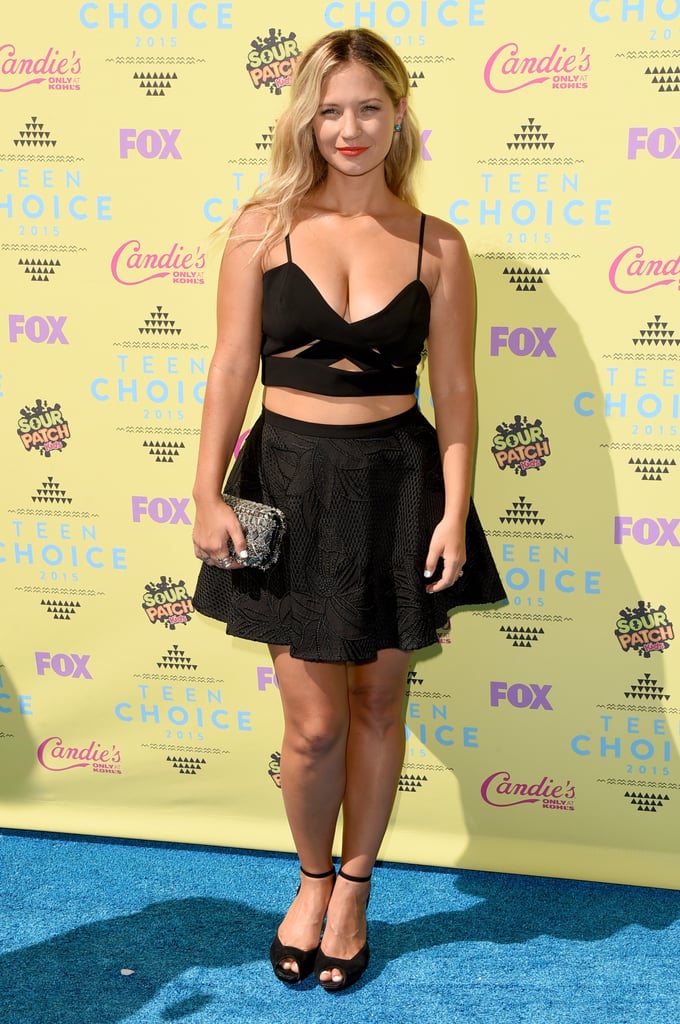 Now That "A" Has Been Revealed, Vanessa Ray Can Slay the Red Carpet Out of Costume

Vanessa Ray — better known since last week as "A" — hit the red carpet at the Teen Choice Awards in LA on Sunday. The Pretty Little Liars star, who was at the center of a huge reveal during the show's Summer finale, looked supersexy in a Jay Godfrey crop top and skirt as she posed for photographers. She later took the stage to accept the award for choice TV drama with her costars Lucy Hale, Ashley Benson, Janel Parrish, Tyler Blackburn, and Shay Mitchell and took celebratory snaps in the press room.

Vanessa and her character Charles DiLaurentis, aka CeCe Drake, have been the talk of social media since she was revealed to be the show's elusive villain at the end of season six last week. It was a momentous event for many reasons, one being that she was never considered a top suspect for "A" and also because the character is transgender — a very interesting, very surprising move on the part of ABC Family. Keep reading to see Vanessa Ray out of her infamous black hoodie at the Teen Choice Awards.

Pretty Little Liars
Did You Catch That "PLL" Character Cameo in "PLL: Original Sin"? How It Fits into "PLL"'s Timeline
by Grace Orriss 7 hours ago