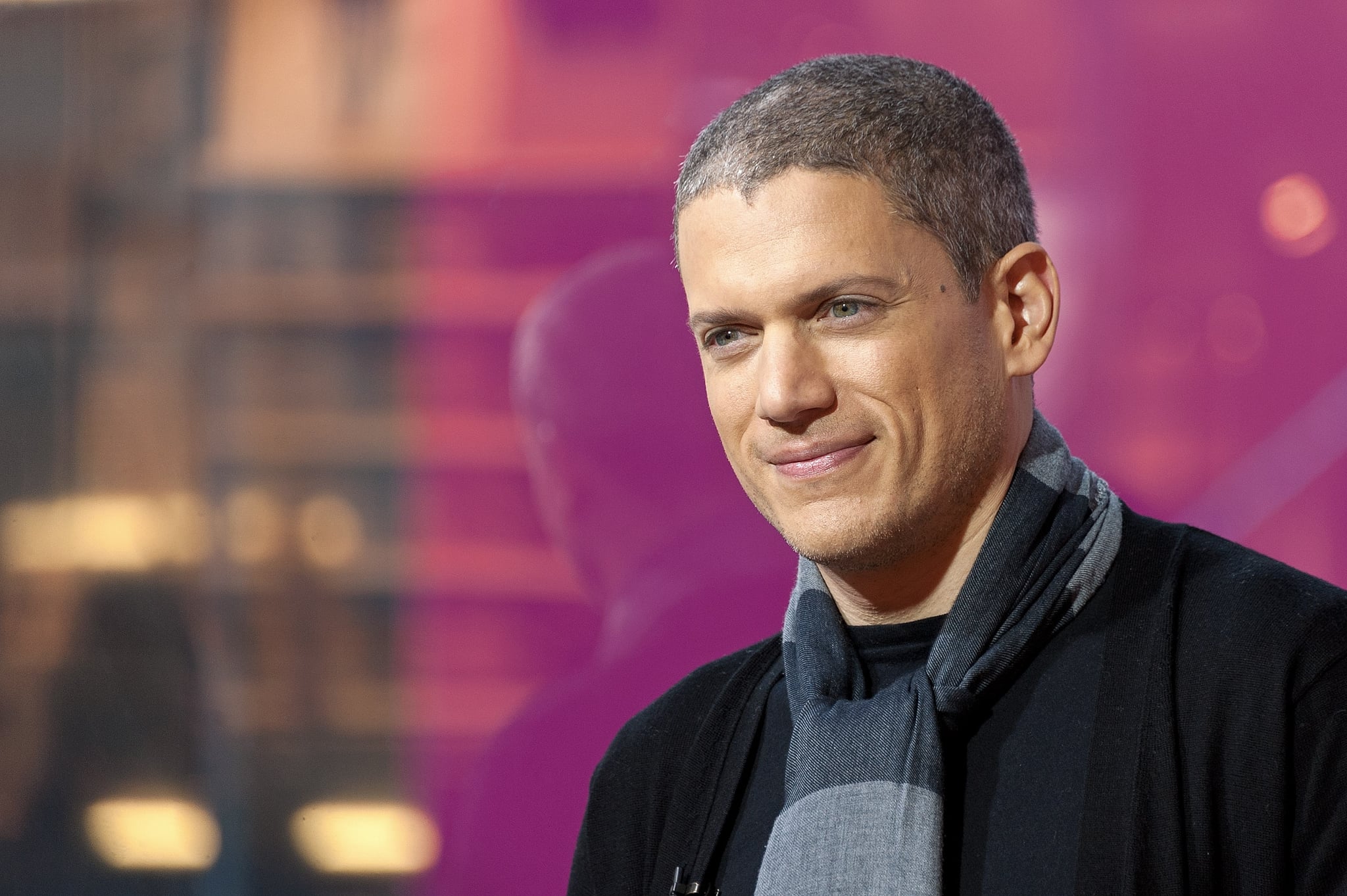 On Monday evening, Wentworth Miller posted a new update on his Facebook page. He included a screenshot of a meme from a popular site called The LAD Bible — it showed a picture from his days on Prison Break, side by side with a paparazzi image that depicted a change in weight and body shape. Wentworth went on to explain that the candid image came from the lowest point in his adult life; he was suicidal and depressed, and he thought he was "damaged goods." It's impossible to do the essay justice, so read it yourself below.

Today I found myself the subject of an Internet meme. Not for the first time. This one, however, stands out from the...

There's so much to glean from Wentworth's small act of bravery. The first thing is that it's just that: brave. It's powerful for someone so prominent in the media to make himself so vulnerable. To show off not just the happiest parts of his life, but the pieces that are cracked, scuffed, and worn. Wentworth says, "Ashamed and in pain, I considered myself damaged goods. And the voices in my head urged me down the path to self-destruction. Not for the first time." Maybe he was aware of the amount of people he'd touch with this small piece of writing, maybe he wasn't. I mean, there was no way he'd know how many times I've used that exact phrase in reference to myself: damaged goods. I've muttered it to myself, to those close to me, to those still farther away.

This essay is more than that, though. Not only did Wentworth scrape rock bottom and claw his way back out, and not only did he graciously share that story with hundreds of thousands of people, but he exposed a dark, troubling side of the Internet. I'm not really talking about the fact that someone made a joke at his expense, although that in itself is a reprehensible side effect of the Internet age. I'm referring to our general tendency, as creatures fueled and validated by likes, comments, and shares, to show the best of the best moments of our lives. We sugar coat. We take 70 selfies and post the best one. We post a picture of the glorious sunset at the beach, but we don't dare show the crippling loneliness we feel in the night.

Wentworth shined a spotlight on a dark part of his journey. It resonates so much more, because we've been pushing our own dark moments further and further down. No matter how deep I've pushed these struggles though, I still felt the light from Wentworth's candor, bouncing off and casting a dull glow on my own personal demons. I'm not depressed or suicidal by any means, but boy do I have some demons. I'd venture to say we all do. For me, personally, seeing someone thrust his demons so defiantly over his head, that's power. It brings me comfort. It makes me want to do the same. It makes me look back at my low moments, and look at where I am now, and feel like a survivor.

For what it's worth, The LAD Bible apologized.

Wentworth Miller,We posted two pictures of you last night to our Facebook page, but today we want to say we've got...

It takes a lot of guts and swallowed pride to issue an apology, to vow to act differently. Honestly, though, if they hadn't posted the meme in the first place, I wouldn't have had the opportunity to read Wentworth's beautiful story. So, I guess that's the silver lining right there. I wish we didn't live in a space where an unsuspecting person might be the butt of a cruel Internet joke, where we post across our various social media accounts for short spurts of validation. And yet, in those rare moments where I can see the scuffs and the cracks, I realize how powerful it can be.