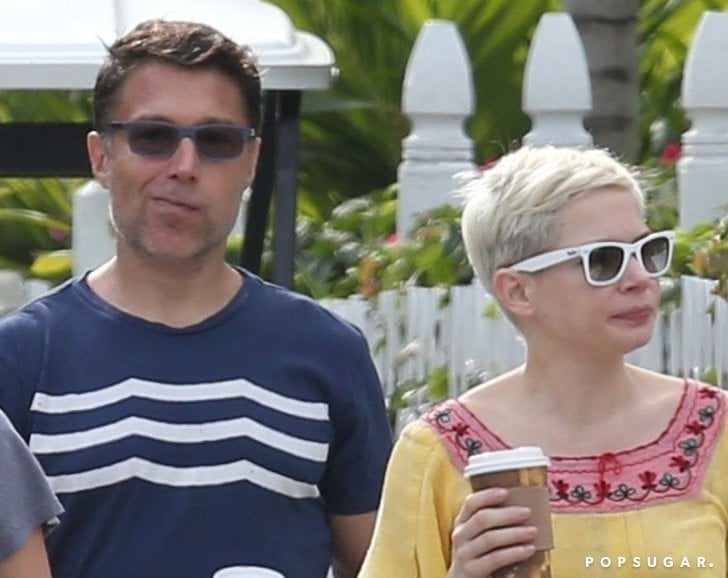 Michelle Williams is headed down the aisle! The actress is reportedly engaged to boyfriend Andrew Youmans, but before we get ahead of ourselves, let's get to know a little bit more about Andrew, shall we? For starters, he doesn't work in the entertainment industry, but he is very successful. He's also a few years older than Michelle, but what does age have to do with love, right?

Michelle first sparked engagement rumors when she attended the Golden Globes earlier this month wearing a heart-shaped diamond ring on her left hand. While the couple still has yet to publicly announce their engagement, a source recently told Us Weekly that "it's the real deal" and Michelle "wants a good guy and a stable family." Here are four fun facts about Andrew.

Celebrity Instagrams
Hailey Bieber's $59 Valentine's Day Cardigan Is So Sweet, Justin Should Write a Song About It
by Karenna Meredith 3 days ago

Celebrity Instagrams
Love Is in the Air: Celebrities Wish Their Significant Others a Happy Valentine's Day
by Brea Cubit 4 days ago

Winter Fashion
With a Belt Like That, There's No Mistaking J Lo's Jumpsuit For Anything Other Than Gucci
by Kelsey Garcia 4 days ago

by Phoebe McRae 12 hours ago