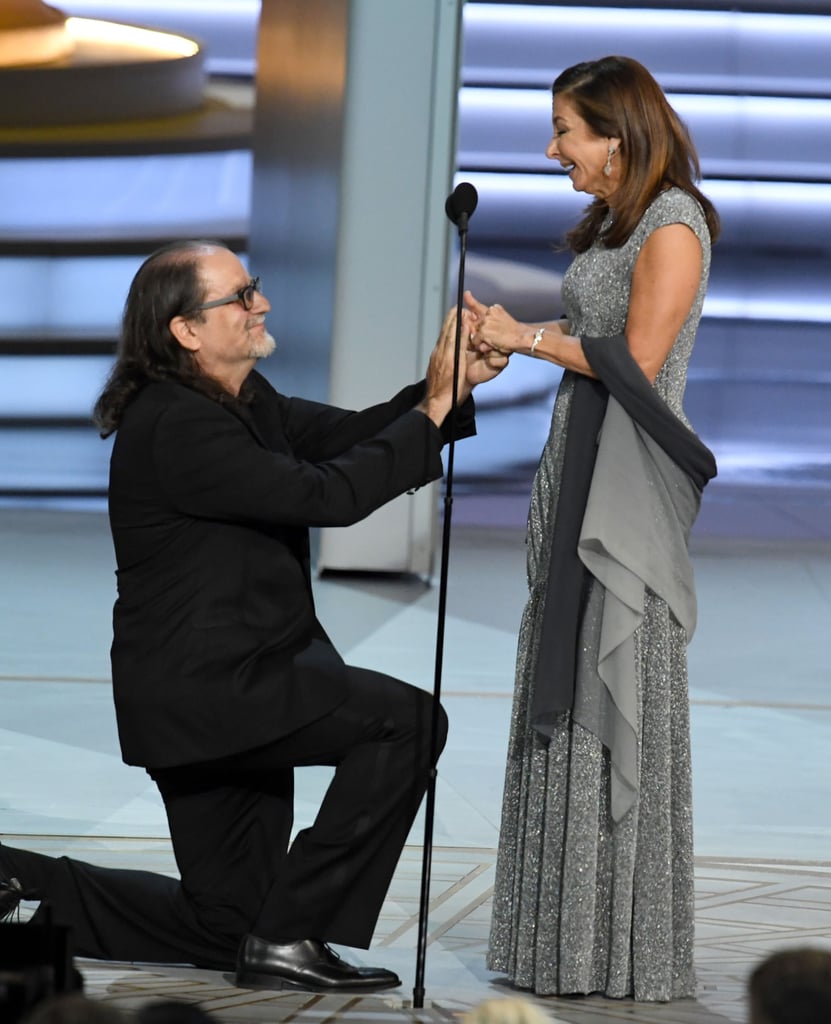 We've come to expect the unexpected during award shows, but on Monday's Emmy Awards broadcast, the unexpected turned out to be something incredibly heartwarming. Glenn Weiss, the winner for directing a variety/special (for directing the 2018 Oscars broadcast), gave an acceptance speech that included shout-outs to his late mother and his longtime girlfriend — touching but pretty standard stuff for award winners. But his acceptance speech soon took a turn for the adorable when he called his girlfriend, Jan Svendsen, up to the stage and proposed to her!

Unless you're a hardcore film buff, there's a pretty good chance you've never seen Svendsen or Weiss until Monday night, so get to know the couple behind the evening's most unexpected moment.