This time last year, pretty much no one knew who Lil Nas X was, but that's all changed. The 20-year-old musician from Atlanta went viral in late 2018 when his hip-hop country hybrid song "Old Town Road" became a social media sensation (and stirred up a bit of controversy along the way). But how much do we really know about rap music's newest star? As it so happens, there's a lot more to Lil Nas X than just his famous song. Ahead, check out some of the best shots from his Instagram, plus a handful of fun facts that you might not have known about the singer behind the year's biggest smash hit. 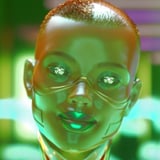