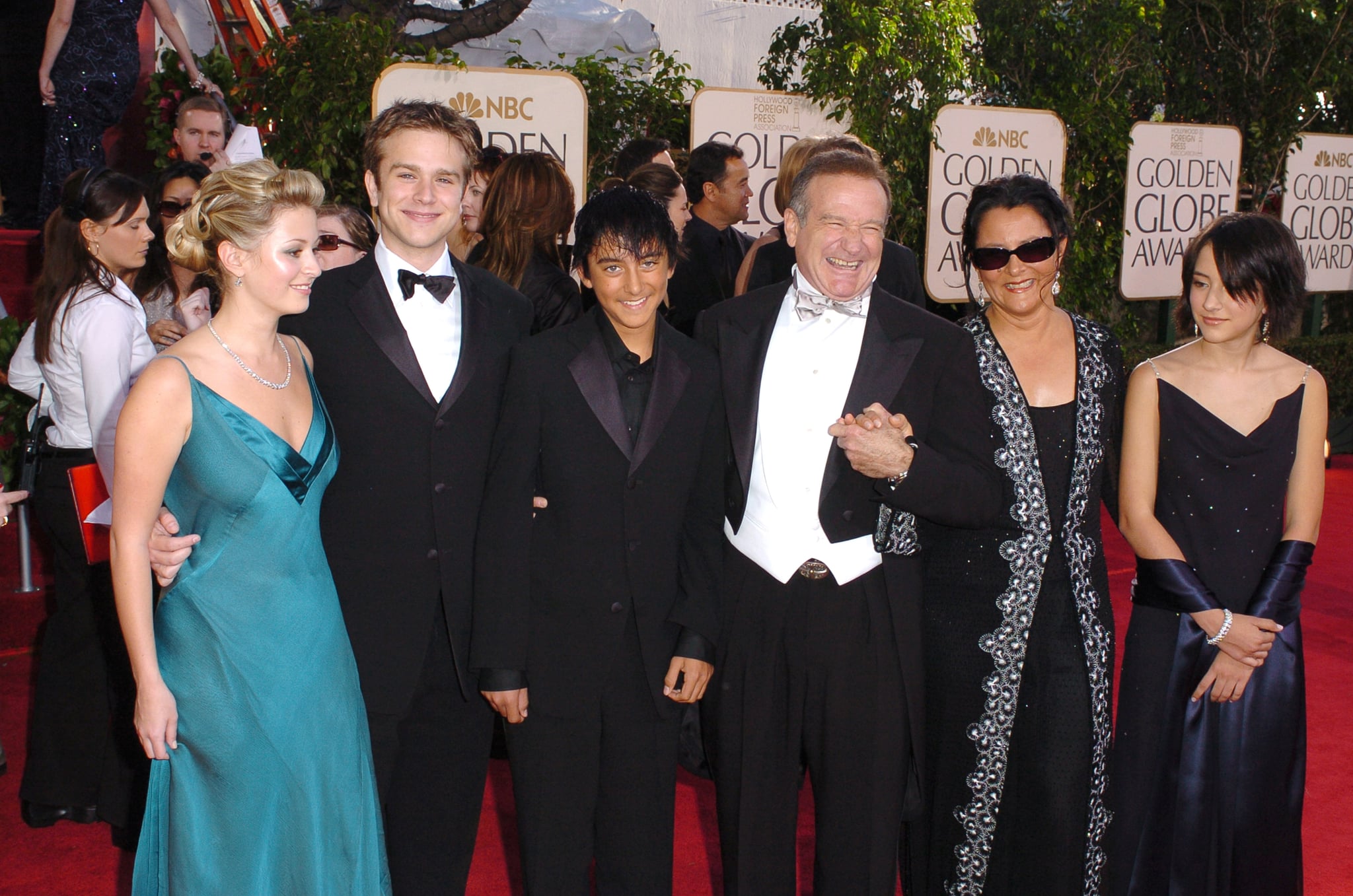 On Monday, July 16, HBO will debut the highly-anticipated documentary Robin Williams: Come Inside My Mind. The film is set to explore the life and career of the beloved comedian, who tragically died on Aug. 11, 2014, of apparent suicide. It was later revealed that Robin Williams was suffering from Lewy body dementia. The actor was 63. One thing that people may not realize is that Robin is survived by three adult children: Zak, Zelda, and Cody. According to a press release from HBO, an in-depth interview with his oldest son, Zak, will be included in the documentary.

Born on April 11, 1983, Zak is 35 years old and is the only child that Robin had with his first wife, Valerie Velardi. In 2008, Zak married Alex Mallick, the executive director of Re:store Justice, and an advocate of criminal justice reform. Unlike his father and siblings, Zak isn't part of the showbiz community, although he did star in 2008's The Graduates. Instead, Zak is putting his MBA from Columbia to good use by teaching financial literacy to inmates. In 2015, Today reported that Zak coteaches with an inmate at San Quentin State Prison. Zak explained his interest in economics and sharing his skills with others with Today.com. He revealed, "I have a passion for analyzing the market and investors. For me, there's a set of skills that involves problem-solving and analysis that I find to be enjoyable. It's developing a different understanding of a market, and it [fosters] a deeper understanding of the economy and the human condition as a whole."

In addition to being a husband and finance whiz, Zak is also a big brother. His father had two children from his second marriage to Marsha Garces Williams. Robin and Marsha's first child, Zelda, was born July 31, 1989. The 28-year-old is a writer and actor, who has starred in the Freeform series Dead of Summer, done voicework for the Teenage Mutant Ninja Turtles cartoon, and written and directed an episode of the horror anthology series Dark/Web. According to The Hollywood Reporter, Robin named his daughter after Zelda, the video game character. In March 2017, Zelda participated in a live-stream where she played the Zelda title Breath of the Wild to benefit the Brain and Behavior Institute. Additionally, the actor is active on social media — particularly Twitter — and is perhaps the most well-known of her three siblings in the Hollywood community.

Robin's youngest child, Cody, was born on Nov. 25, 1991. Now 26, he works in Hollywood like his father and sister. However, Cody appears to be most comfortable behind the camera, where he works as a second unit or assistant director. The 26-year-old has had a hand in a number of blockbusters, including Spider-Man: Homecoming, Captain America: Civil War, and Ant-Man. Cody asked his longtime girlfriend Maria Flores to marry him earlier this Summer.

Celebrity News
Melanie Martin Honors Aaron Carter on Son's First Birthday: "Going to Be a Tough One"
by Chanel Vargas 4 days ago