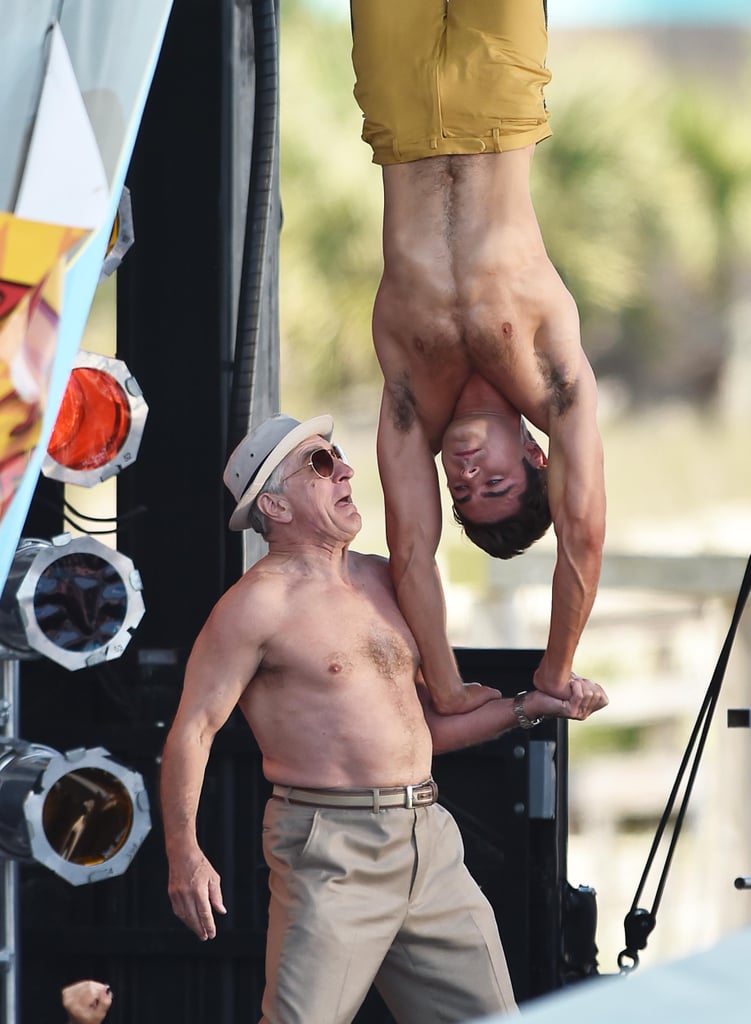 Zac Efron has been on the Georgia set of Dirty Grandpa all week, but the photos snapped of him on Thursday may be the hottest — and weirdest — yet. Zac took the stage for a scene and pulled off his shirt to reveal his tan, rippling muscles, thereby topping his amazing crop top moment and nude underwear strutting from the past few days. As the filming progressed, Zac was suspended by wire, and he pretended to do handstands on Robert De Niro's forearm. The two were also joined by Zac Efron's supersexy stunt double, who was also shirtless and wearing the same pants as Zac. The good news is Zac stayed shirtless the whole time, and all we can say is his girlfriend, Sami Miró, is one lucky lady. Keep reading to drool and possibly scratch your head over the rest of the pics.

Zac Efron
All the Spoilers From the "Firestarter" Remake
by Hedy Phillips 1 week ago
Michael B. Jordan
Indulge in Photos of Jonathan Majors and Michael B. Jordan Filming "Creed III"
by Perri Konecky 3/30