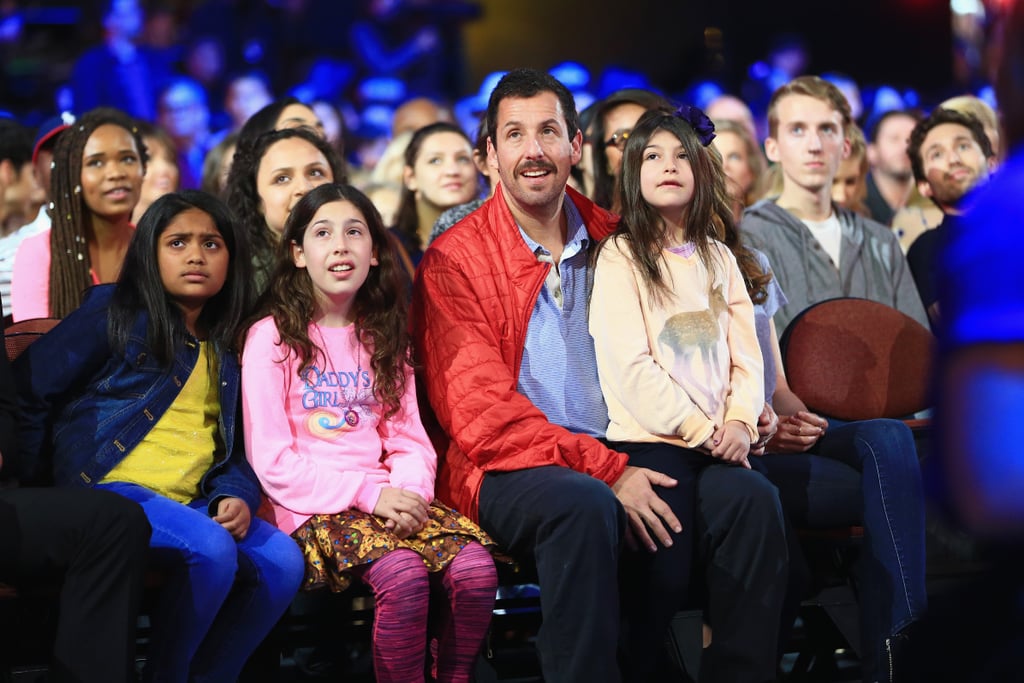 It looks like Adam Sandler has two major Swifties on his hands. On Sunday night, the comedian joined his daughters, Sunny, 10, and Sadie, 13, on stage as they performed Taylor Swift's "Lover" at the Rock4EB! fundraiser in Malibu. While Adam strummed on the guitar, his daughters showed off their impressive vocals as they sang along to the hit love song. We can't tell which is cuter, Sunny and Sadie hitting the high notes or Adam watching them sing like a proud dad.

Apparently Adam's girls are huge Taylor fans as he told the audience the song is one of their favorites and they play it "all the time in the car." In fact, just a day before the performance, Adam took his daughters to see Taylor perform live at his former home, Saturday Night Live. "They've been so excited and nervous," Adam said before talking about their night at SNL. "That was a big night, man. Taylor Swift? Holy sh*t." Watch their cute performance ahead.