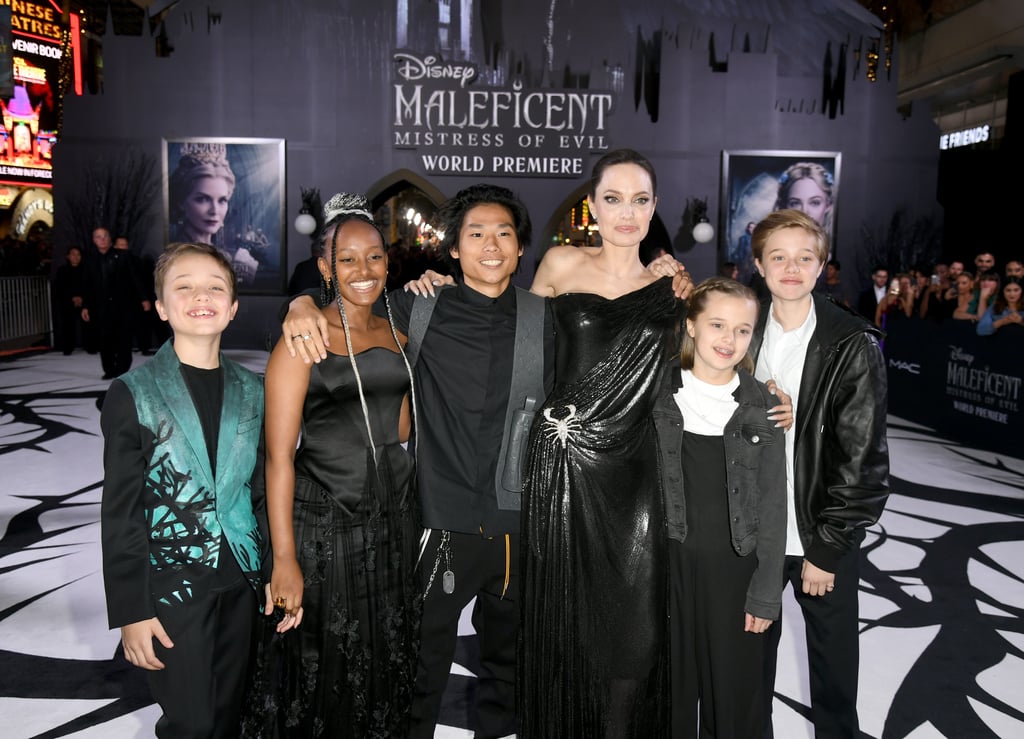 Angelina Jolie has had the full support of her family during the Maleficent: Mistress of Evil press tour. On Sept. 30, the 44-year-old actress brought her kids — Pax, 15, Zahara, 14, Shiloh, 13, and twins Vivienne and Knox, 11 — to the El Capitan theater in LA, with the exception of 18-year-old Maddox, who is away at college in South Korea. Her crew looked smiley and happy together as they posed on the red carpet for photos. It's crazy how grown-up they all are!

Even though Maddox missed the LA premiere, he took a break from college and reunited with his mom and Zahara at the Japan one on Oct. 3. Days later, Zahara and Shiloh popped up with Angelina at the Rome debut of the film before hitting up the London premiere with the rest of the brood, including Vivienne and Knox.

Earlier this month, Angelina told Hello! magazine that she's "rediscovering" herself as a mother of teenagers. "As they grow up, I find my children are strong individuals but still open-minded," Angelina said. "I try to lead by example and be kind and gracious, as my mother was — and loving and tolerant." Such valuable advice for any parent. See more photos from the Maleficent: Mistress of Evil press tour ahead, and catch it in theaters starting Oct. 18.