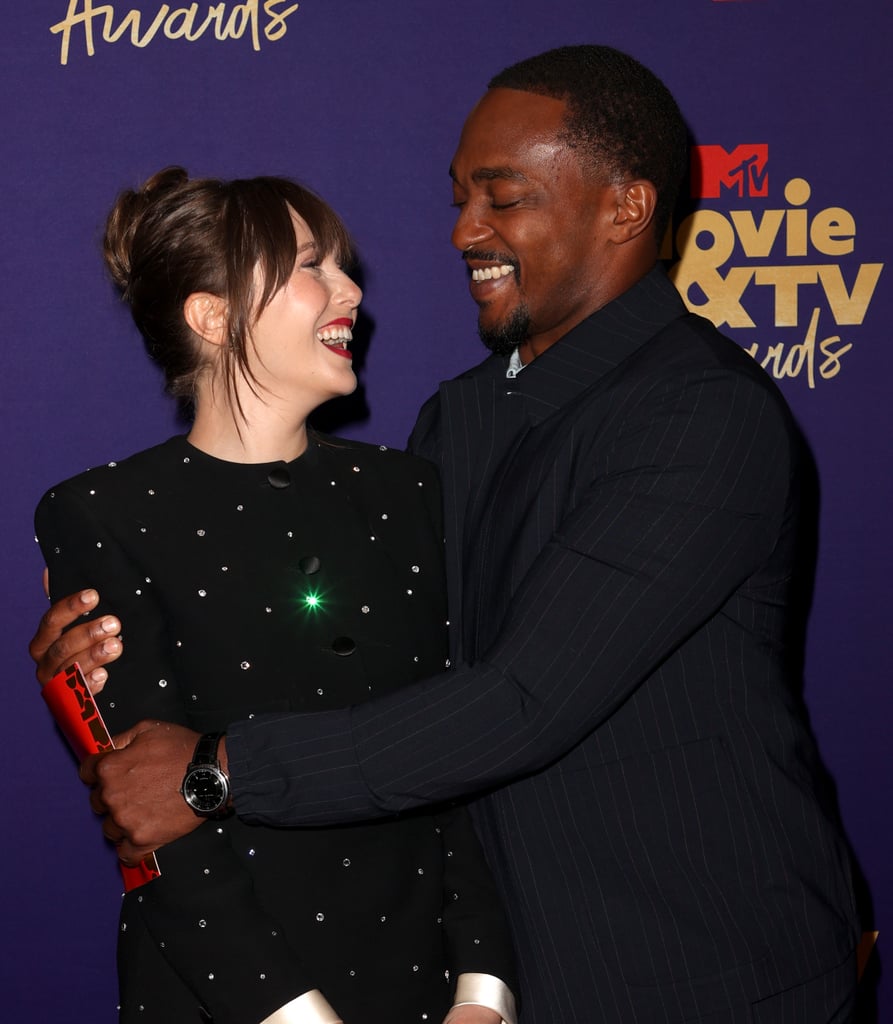 Anthony Mackie and Elizabeth Olsen brought their superhero talents to the MTV Movie and TV Awards. On May 16, the Avengers: Endgame costars hugged it after snagging their first wins of the evening. Anthony won the first award of the night for best hero for his role in The Falcon and the Winter Soldier, while Elizabeth won best performance in a show for her role in WandaVision. The two surprised each other backstage after receiving the very heavy golden popcorn trophies and it made for an adorable MCU reunion. Assemble, and check out the sweet moment between Anthony and Elizabeth ahead.