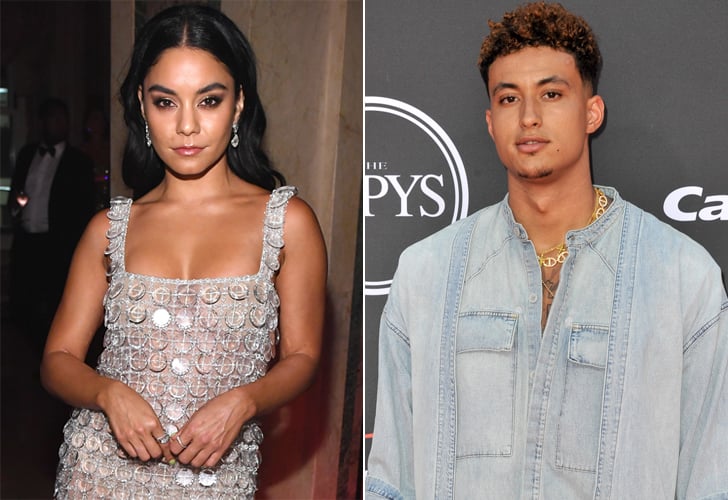 Vanessa Hudgens appears to be moving on from Austin Butler with 24-year-old Los Angeles Laker Kyle Kuzma. Following their recent split, the 31-year-old actress was spotted on a smiley dinner date with the athlete in NYC on Tuesday night. In photos obtained by TMZ, Vanessa and Kyle are shown chatting and enjoying some red wine at Brooklyn's Lilia restaurant. The next day, Vanessa was spotted cheering on Kyle during the Los Angeles Lakers' game against the New York Knicks at Madison Square Garden in NYC. Just days before their outing, Kyle posted a snap of him on the basketball court, writing, "Yeaaaa we like thattttt," to which Vanessa replied, "Ya we doooo." Still, it's unclear if Vanessa and Kyle are dating or just friends.

Vanessa and Austin were together for almost nine years before they split earlier this month. The same day their breakup news broke, Vanessa attended the LA premiere of Bad Boys For Life looking happy and unbothered. Kyle, on the other hand, has been previously linked to Kendall Jenner and model Nicole Shiraz. See Vanessa and Kyle's Instagram exchange below. 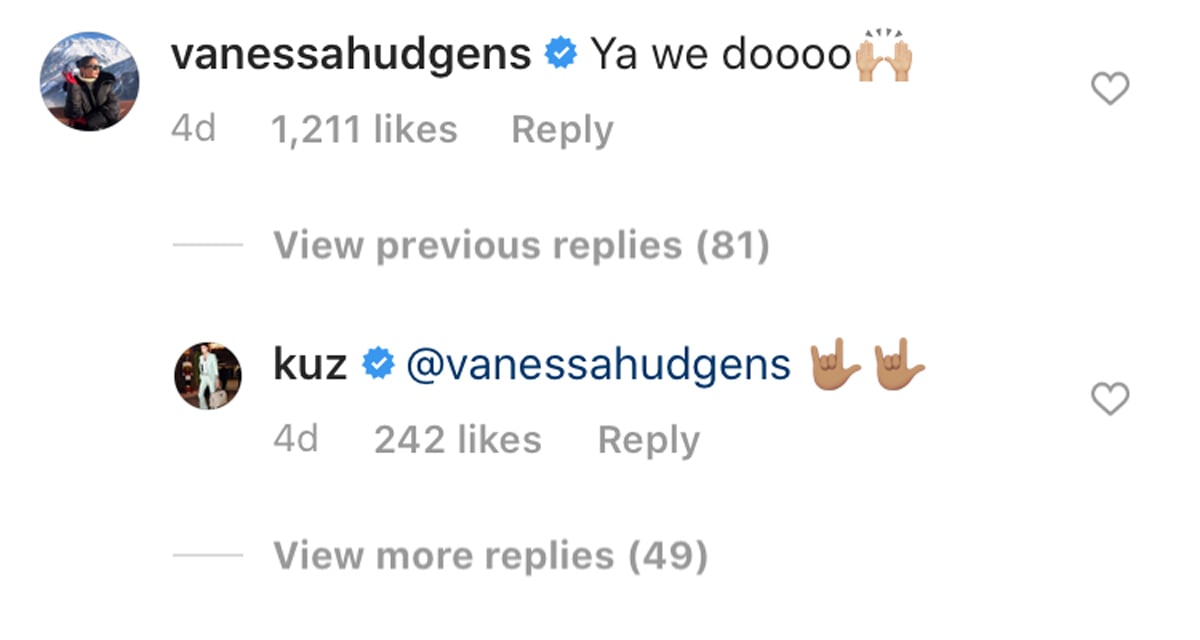 Lindsay Lohan
Lindsay Lohan Marries Bader Shammas: "I Am the Luckiest Woman in the World"
by Sabienna Bowman 6 hours ago