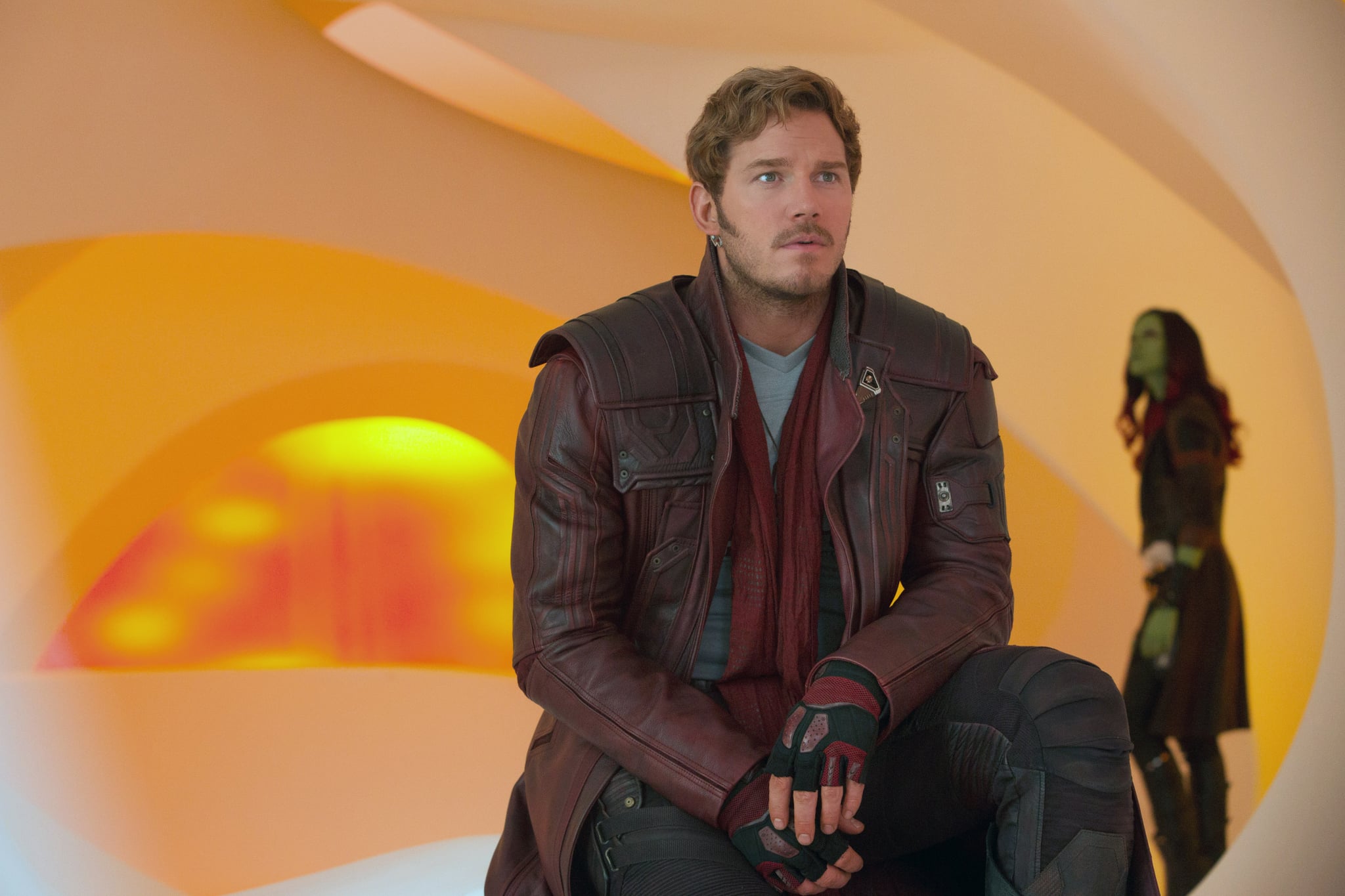 If you've ever been on Twitter for longer than a minute, you've encountered the common thread formula, simply known by its directive: "One has to go." It could be referencing popular shows, your favorite chocolate bars, or some of Hollywood's well-known stars. The threads are always guaranteed to create some chaos — people have some very passionate views on Kit Kats vs. Milky Ways, but rarely has it ever garnered such outrage that the Marvel Cinematic Universe's Avengers had to come in and chastise the internet! But that's what happened after TV writer/producer Amy Berg tweeted the oft-posed scenario: which Hollywood Chris has to go?

The Chrises in question were a familiar crowd, including Chris Hemsworth, Chris Evans, Chris Pine, and Chris Pratt. Again, if you've been on the internet for a while, the answer wouldn't surprise you because this has been discussed many times before. Each Chris (except Pratt) has his reason for holding a special place in a fraction of the internet's heart — Hemsworth has his laid-back Aussie charm, Evans is a raunchier, modern version of Steve Rogers 2.0, and Pine allegedly took an erotica class at UC Berkeley in 2002, which should say everything it needs to.

Not saying Pratt doesn't have fans — he obviously does — but, despite his well-beloved characters on Parks and Recreation and in Guardians of the Galaxy, the actor's alleged support of a church with anti-LGBTQ views and his supposed support of conservative political beliefs doesn't hold up to the outspokenly liberal views of the others. The GOTG actor reportedly attends services at Zoe Church, which has links to the Hillsong megachurch that has been described by The Umbrella Academy's Ellen Page as "infamously anti-LGBTQ." And although he's denied the claims against his church, his absence during the Joe Biden campaign's Avengers-themed virtual fundraiser on Oct. 20 seemed to speak to his current politics. It doesn't help that, earlier in the month, Pratt caught heat for seemingly poking fun at celebrities who have been encouraging fans to vote with an Instagram post about Onward's nomination for a People's Choice Award. So, Pratt hasn't been winning any popularity awards in general.

But, regardless of whether or not Pratt deserves his worst Chris title, it should be noted that he earned this title a long time ago and has trended for it before. The difference this time was that on Oct. 20, his MCU costars decided the appropriate course of action was to rush to his defense on social media and chastise everyone for it. The Russo brothers, Mark Ruffalo, Zoe Saldana, and others criticized the cyberbullying, noting that Pratt is "as solid a man there is" and that those close to him know his heart. Robert Downey Jr. went the extra mile to suggest that people delete their accounts, writing, "Sit with your OWN defects of #character, work on THEM, then celebrate your humanness."

It's a lot for what is, essentially, just losing a popularity contest on Twitter (I'm not defending the thread, it's a petty game usually played for laughs), but if I were to give the MCU actors any props, it's for defending their comrade. It's so nice to see the stars continue their tradition of sticking up for their castmates when they face vitriol from the online community about these things like they did for . . . oh wait, no, this is the first time the MCU actors have ever come together so soundly for someone that isn't James Gunn. It's funny how they've been so publicly supportive of two men who fall under the most well-protected identities in society. I wonder where this rush of camaraderie was when their more vulnerable cast members were the ones under fire? 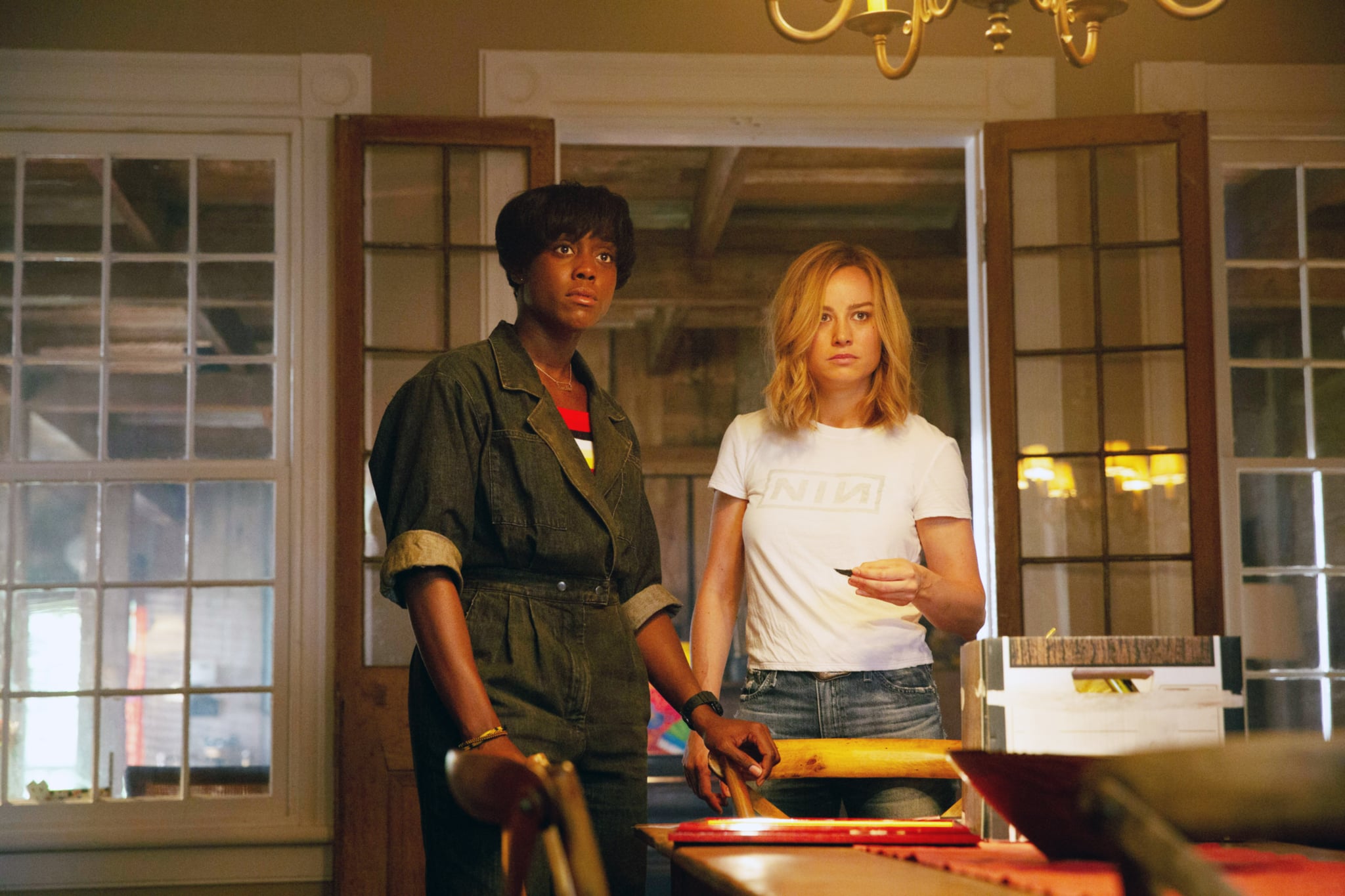 I'm sure these celebs had their reasons for rushing to Chris's "aid" (although, I think it's overkill), but I would like to know where this energy was for Brie Larson? After the Captain Marvel lead made remarks about the lack of diversity in Hollywood and among film critics, the yet-to-be-released film faced so much hate that someone actually created a boycott against her "man-hating," and trolls attempted to review-bomb the film on Rotten Tomatoes.

"Wouldn't the fact that she's being attacked for being Black be enough of a reason to speak out to support her?"

What about Spider-Man's Michelle Jones? The moment it was even hinted that Zendaya would be portraying Peter Parker's iconic significant other, the Euphoria actress was met with viciously racist blacklash. People lost their sh*t at the mere idea that Mary Jane wouldn't be fair-skinned and redheaded, as if there's ever been a point in time where MJ's identity had anything to do with her story. Zendaya, classy queen that she is, told Entertainment Online that she expected the backlash "because for some reason some people just aren't ready," adding, "I'm like, 'I don't know what America you live in, but from what I see when I walk outside my streets of New York right now, I see lots of diversity and I see the real world and it's beautiful, and that's what should be reflected and that's what is reflected so you're just going to have to get over it.'"

Of course, it's great that Zendaya could handle such hatred with grace, but where was Robert's Instagram post for her? The two were both part of Spider-Man: Homecoming, he must have met her at least once and recognized that she was a great person, too. And even if he didn't, wouldn't the fact that she's getting attacked for being Black be enough of a reason to speak out to support her? 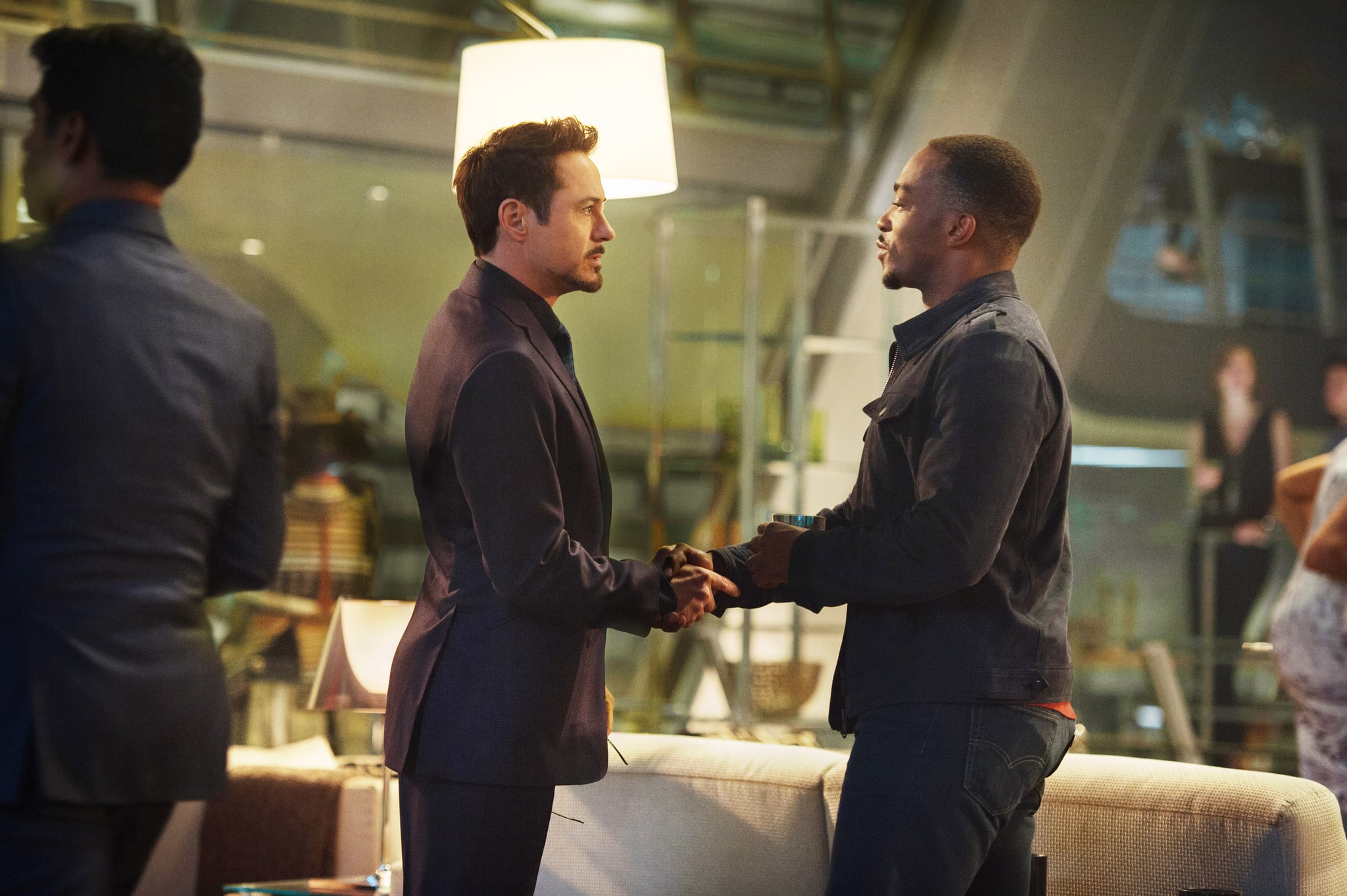 Where were the Tupac quotes when Tessa Thompson and Anthony Mackie were dealing with bullsh*t trolls over their roles in the MCU? Mark had plenty of time to get to know Tessa during Thor: Ragnarok, why didn't he have something to say when Marvel fans took issue with her taking over the role of Valkyrie, who was white with blonde hair in the original comics? Why didn't anyone put out the sounding call for Anthony when fans were b*tching about Sam Wilson becoming Captain America (like he does in the comics!) instead of Bucky Barnes?

I'm looking at the receipts, folks, and something's just not adding up. We have a group of people coming to support one costar for being bullied after his character gets disparaged on Twitter, but they've never spoken up when their other costars have been dragged through the mud for things they can't control like the color of their skin or being a decent human being. As a Black woman who deals with a minimal amount of online hate for my opinion pieces, I can't imagine the onslaught of bile that those stars still receive for taking on the roles they've brought to life. I also can't imagine the strength it would take to deal with people making campaigns and threatening your life because you took a job.

You're probably thinking, "Well, maybe they supported them in person and didn't feel the need to go online." Why not support them out loud, where they could use their large platform to let people know that bigotry isn't accepted? Just like they stood up for Chris! Why was this a special occasion that warranted them making such public declarations of support, but those other cases weren't? No offense, but I feel like speaking out against racism and sexism is a much bigger deal than defending your buddy because he wasn't Twitter's choice for a top white male with the first name Chris.

Sure, the things said about Chris could have hurt his feelings, but they were nothing compared to the vile things people have said about the other stars in the past umpteen years. If you're going to get on Beyoncé's internet and try to tell Twitter that they shouldn't call out your friend for being a reported Trump supporter, I'm going to need you to bring that energy on all counts. Supporting Chris because he lost an online poll, but not exerting that energy for your more vulnerable costars who are facing genuine death threats, shows who those stars believe are worth speaking out for. Newsflash, it's not a good look.