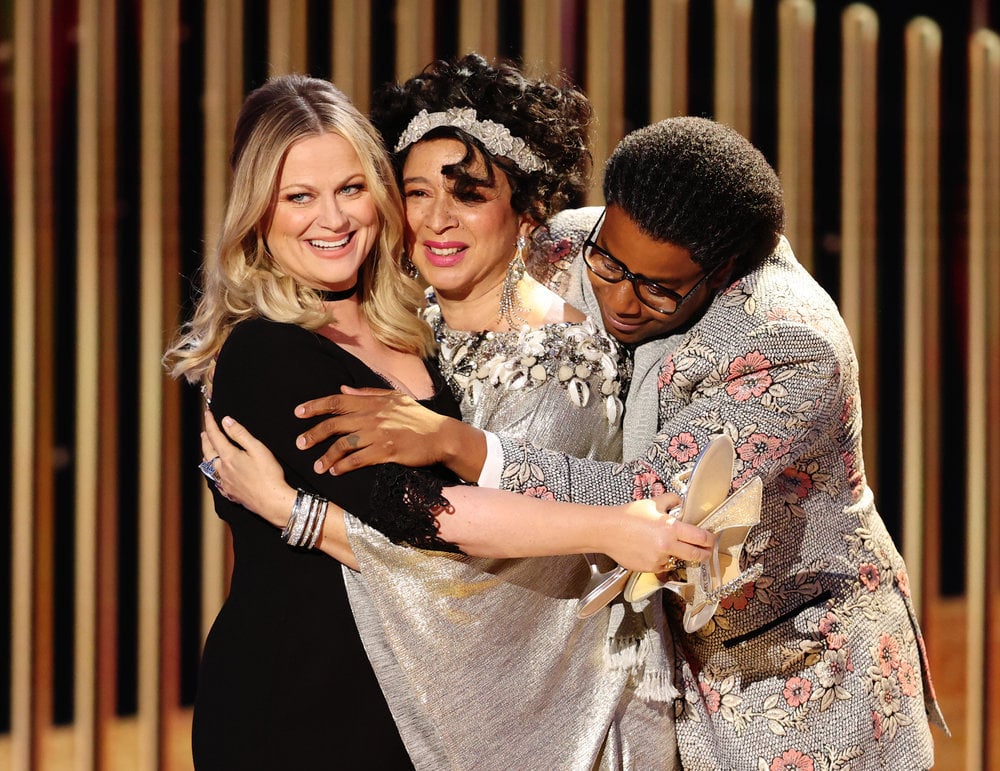 The Golden Globes took place on Sunday night, and they looked a lot different from past ceremonies. While Tina Fey and Amy Poehler hosted the show from separate locations, Los Angeles and New York, other nominees tuned in via video chat from across the globe. Despite some stars not having an actual red carpet to pose on, they still gave us behind-the-scenes glimpses of their night on social media. A handful of winners had their family members and pets make cameos! However, one thing that remained the same was that there were a handful of funny skits, emotional speeches, and exciting wins. See some of the best pictures from the night ahead, and be sure to see which stars took home the biggest awards.