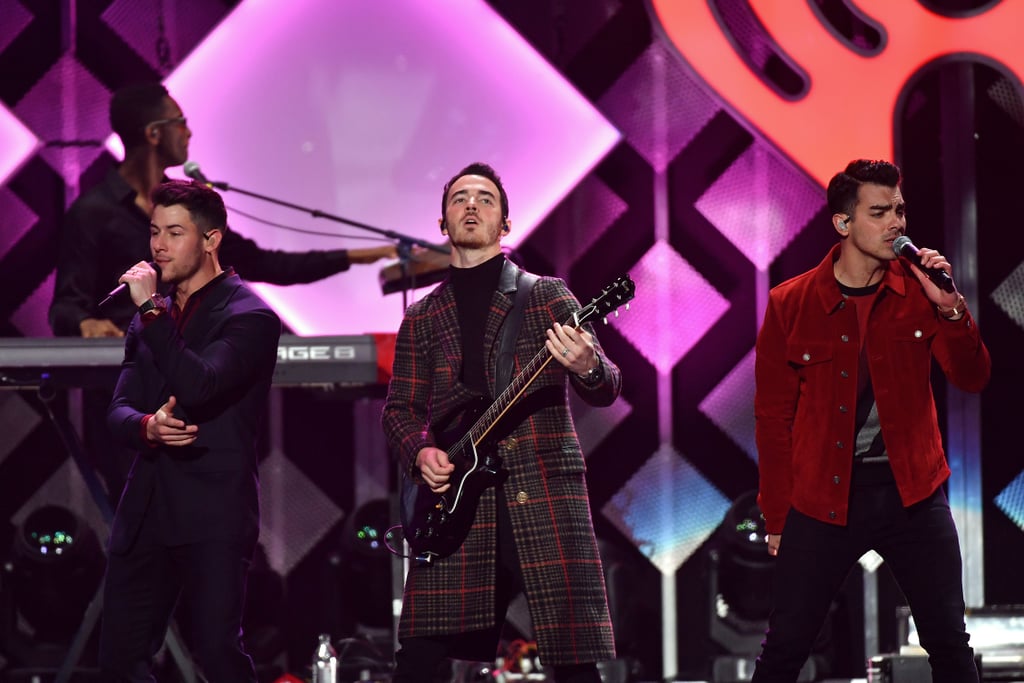 The Jonas Brothers at iHeartRadio's Jingle Ball in NYC

iHeartRadio's Jingle Ball concert in New York City was a star-studded affair. On Friday night, Taylor Swift, the Jonas Brothers, Lizzo, Camila Cabello, Niall Horan, and more artists hit the stage at Madison Square Garden for an electrifying concert. The Jonas Brothers performed jams such as "Only Human," "Sucker," "Burnin' Up," and their new holiday single, "Like It's Christmas." Lizzo also sang some of her best tunes, including "Good as Hell," "Cuz I Love You," and "Truth Hurts." During her set, the songstress even paused to take in the moment. "I've always dreamed of performing at Madison Square Garden," she said. "You made my dream come true tonight."

The show also marked Swift's 30th birthday, which she pointed out on stage. "Where would I want to spend my 30th birthday?" she asked. "The answer is: you're looking at it. This is the first show of my 30th year of life." After her performance, she was surprised with a giant cake garnished with cat decals and got serenaded by the crowd. Having serious FOMO for not being able to snag tickets? Check out the best moments from the show ahead.