The new Charlie's Angels movie doesn't hit theaters until Nov. 15, but you'll definitely want to watch it after seeing the cast's insanely cute chemistry. On Monday night, Kristen Stewart, Naomi Scott, and Ella Balinska dropped by Jimmy Kimmel Live and reflected on the first time they met on the set of the film.

Kristen told a story about her awkward encounter with Naomi, explaining, "I was super amped and kind of nervous. I was like, 'I need to love these girls because I'm a terrible liar.' I was really nervous, peeking out my trailer window through the blinds being a weirdo . . . I did this thing I was really embarrassed about." Naomi did acknowledge that it was a little weird, but added, "The thing is: now I know Kristen, it makes perfect sense."

Director Elizabeth Banks, who also stars in the film, later joined the cast and discussed why Kristen, Naomi, and Ella were perfect for their roles. Watch the full interview above!

Pamela Anderson
Pamela Anderson Recalls Bringing Her Son to the Playboy Mansion: "Ew, Let's Get Out of Here"
by Emily Oldenquist 19 hours ago 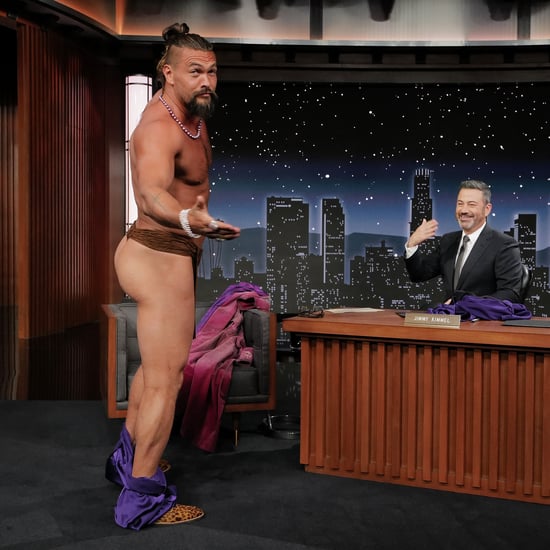