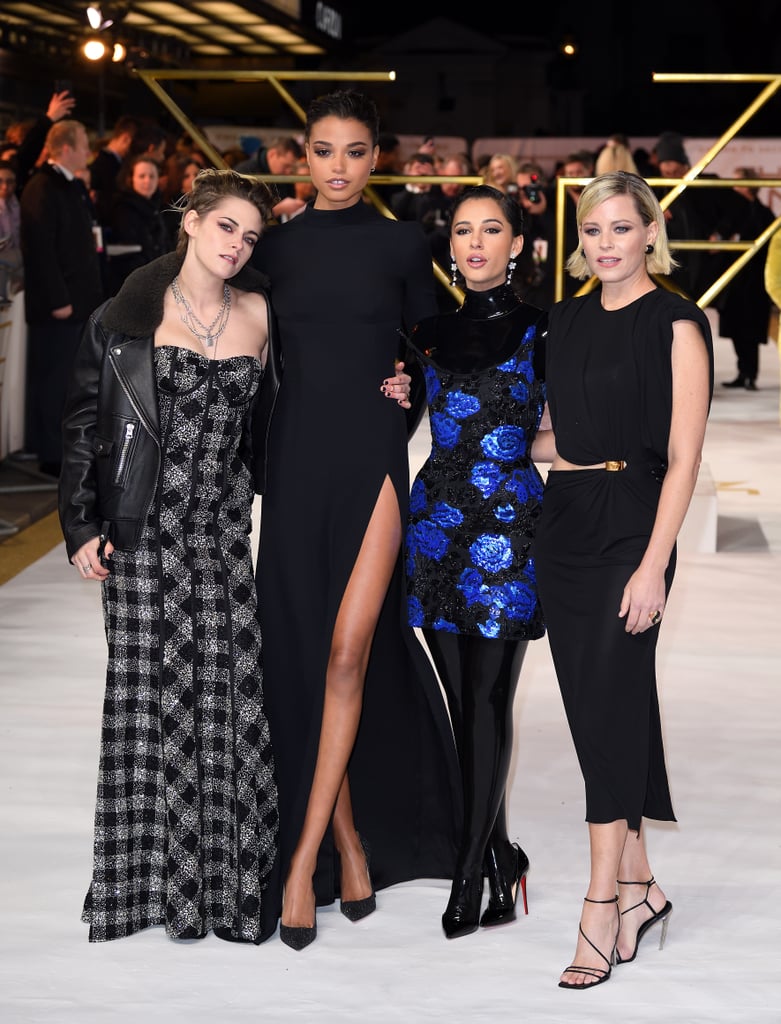 This past week, we've seen the Charlie's Angels cast shimmy down multiple red carpets, showing off their eclectic fashion styles as they promote the new movie. On Wednesday night, it was London's turn, and while the city has been icy cold this week, that didn't stop them from heating up the red carpet. It's clear that Kristen Stewart, Naomi Scott, and Ella Balinska — who star alongside one another in the film — have formed a fierce friendship through playing three kick-ass characters together, and they were all smiles as they arrived with fellow castmates Elizabeth Banks and Sam Claflin. Keep reading to see all the photos from last night's Charlie's Angels premiere.

Related:
11 Secrets We Learned While Going Behind the Scenes of the New Charlie's Angels Movie
Previous Next Start Slideshow
Kristen StewartRed CarpetCharlie's Angels