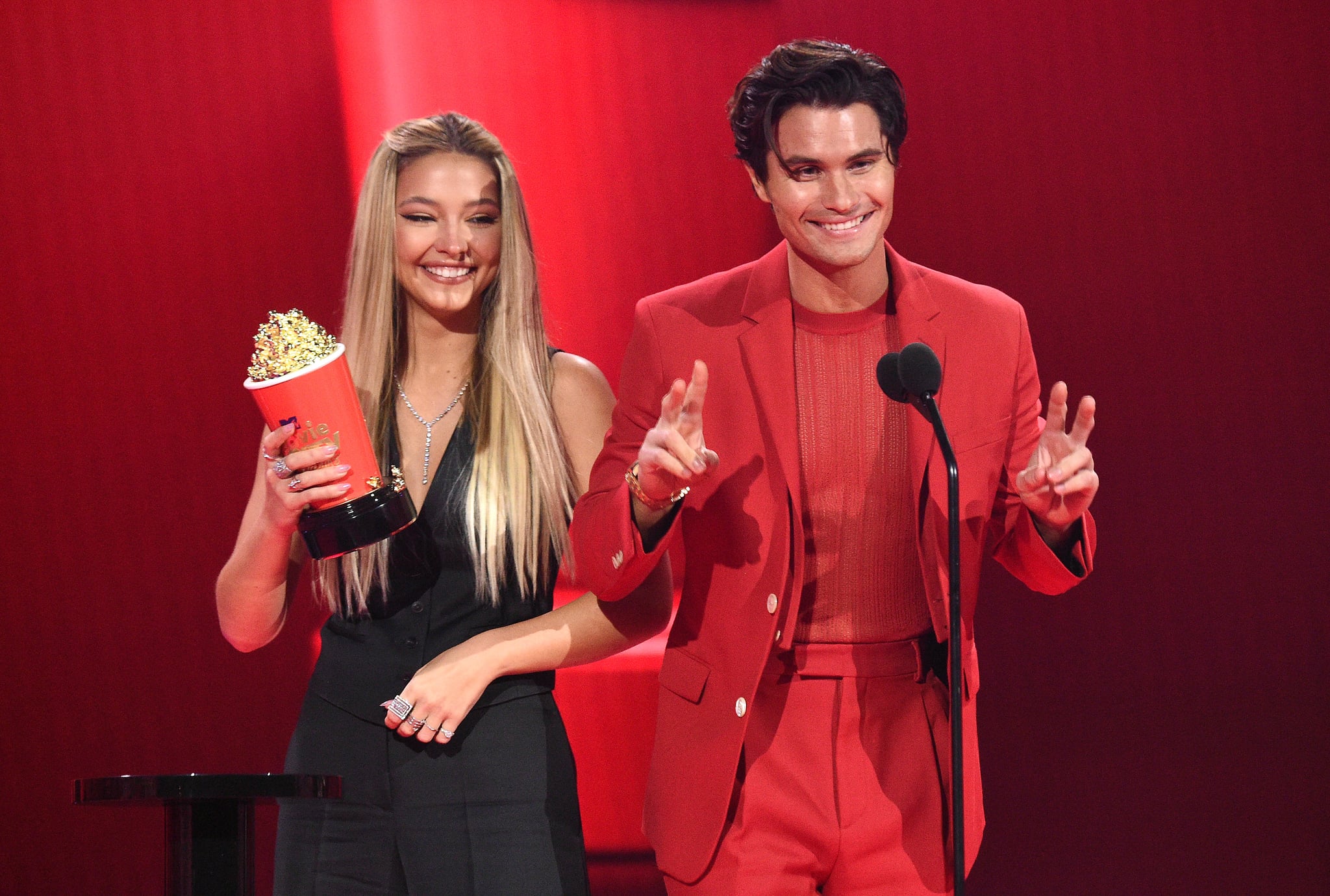 Outer Banks stars Chase Stokes and Madelyn Cline have officially gone their separate ways. After much speculation, People reported that the couple of more than a year have broken up. "Madelyn and Chase are no longer together," a source told the publication. "They were trying to work things out privately but broke up a couple of months ago." The two first sparked split rumors in September when Madelyn was spotted hanging out with actor Ross Butler during Milan Fashion Week, but Ross later told TMZ that Madelyn was "just a friend."

Chase and Madelyn first met in 2019 on the set of their hit Netflix show, in which they play love interests John B and Sarah Cameron. However, it wasn't until a year later that they officially confirmed their romance. "Cats outta the bag ❤️," Chase wrote on Instagram at the time, to which Madelyn commented, "I've fallen and I cant get up."

Celebrity News
Adam Rippon and Jussi-Pekka Kajaala Secretly Got Married: "It Was Perfect"
by Monica Sisavat 7 hours ago