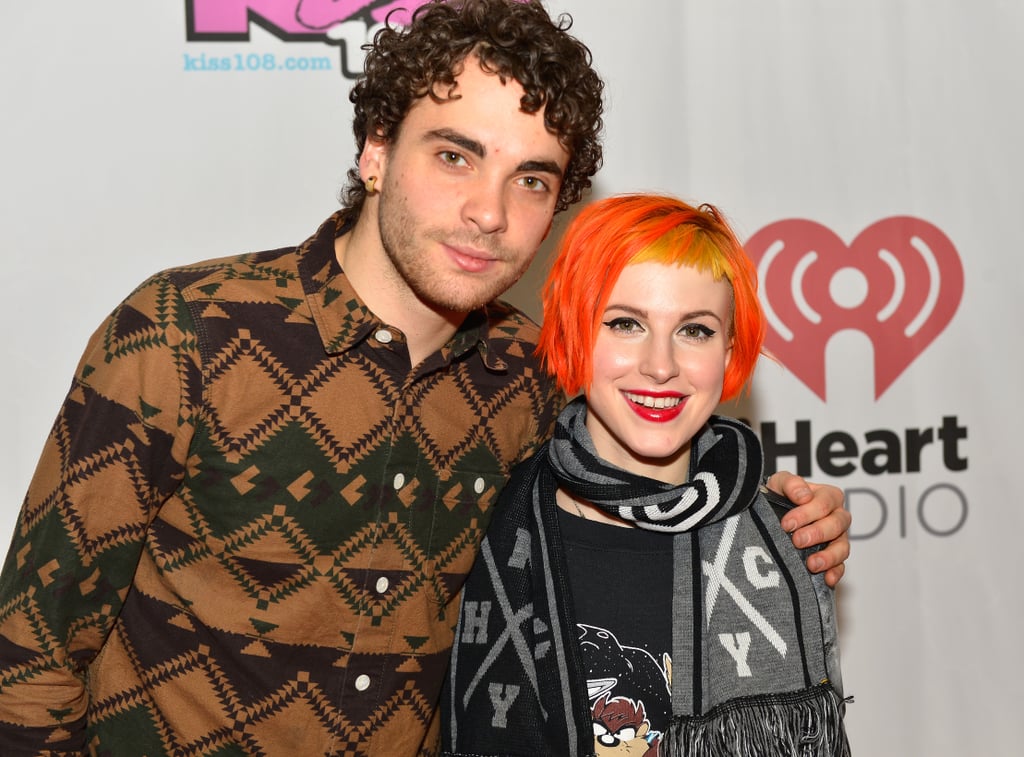 Taylor York and Hayley Williams have been playing on stage together since he joined Paramore in 2007, and in a Sept. 29 interview with The Guardian about the group's upcoming album, "This Is Why," they confirmed that after over 15 years of creative collaboration, they're officially dating. Reps for York and Williams did not immediately respond to POPSUGAR's request for comment.

Williams was previously married to New Found Glory guitarist Chad Gilbert, but the pair divorced in 2017. The fallout of their relationship inspired Paramore's 2017 album, "After Laughter." Afterward, the band took a step back from the spotlight to reflect and reform, and at the time, fans began to suspect that Williams and York were a couple, particularly after they shared similar pictures on their Instagram Stories in 2018.

York also produced Williams's solo album "Petals For Armor" in 2020, and fans believed the song "Crystal Clear" might've been about their relationship. Williams previously told Pitchfork that the song was about "falling in love. Emphasis on the falling — because despite my fear, my toughness, or any resistance to vulnerability, I couldn't help falling in love."

"This Is Why," out Feb. 10, 2023, is the only Paramore album that features the same group members as "After Laughter." The band formed in 2004, with York joining three years later.

Ahead, check out some of the couple's cutest photos together over the years.

Late Night With Seth Meyers
Christopher Meloni Reveals He Went Clubbing With His Family: "My Daughter Was the Instigator"
by Sabienna Bowman 9 hours ago