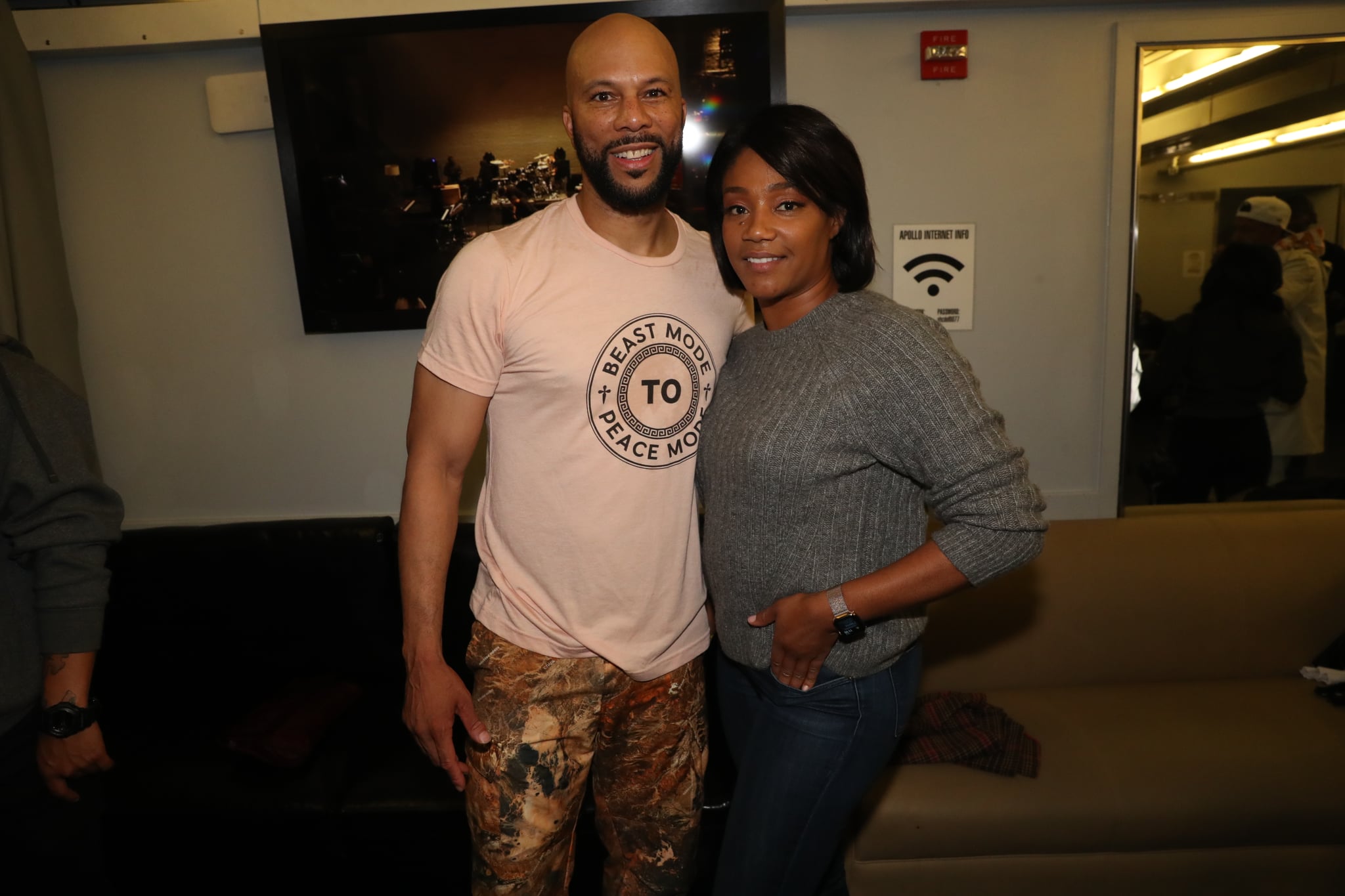 It's finally official — Tiffany Haddish and Common are dating! After much speculation, the 40-year-old actress confirmed their romance on Tuesday's episode of Steve-O's podcast, Steve-O's Wild Ride. "I am in a relationship," Tiffany said before joking, "I'm doing it with Common now."

The comedian then revealed that she and the 48-year-old actor first met while filming their 2019 film, The Kitchen. "He was, I guess, kind of like my love interest," she explained. "I made out with him in the movie and we became friends but it wasn't anything sexual or anything like that because my eyes were set on something else."

"I'm just way happier and it's like knowing I got somebody that cares about me, that really has my back."

Rumors of a romance between Tiffany and Common have been swirling ever since April when the two teamed up for Bumble's virtual dating campaign. "I got on Bumble, like, May of last year," Tiffany added. "Then Bumble approached me about doing something and I had been talking to Common, he'd come and play Spades with me and my friends and stuff. I mentioned it to him . . . and at this point our friendship was getting a little more than friendship, but not quite because COVID happened."

After working together on Bumble, sparks eventually flew between Tiffany and Common, and the rest is history. "This is hands down the best relationship I've ever been in. Knock on wood!" Tiffany gushed. "I've lost 20 pounds since I've been in this relationship. I feel more confident in me and it's not him that's doing it. I'm just way happier and it's like knowing I got somebody that cares about me, that really has my back. It seems like he does anyways. And I love it. I love him." Aw! Check out Tiffany's full interview ahead.