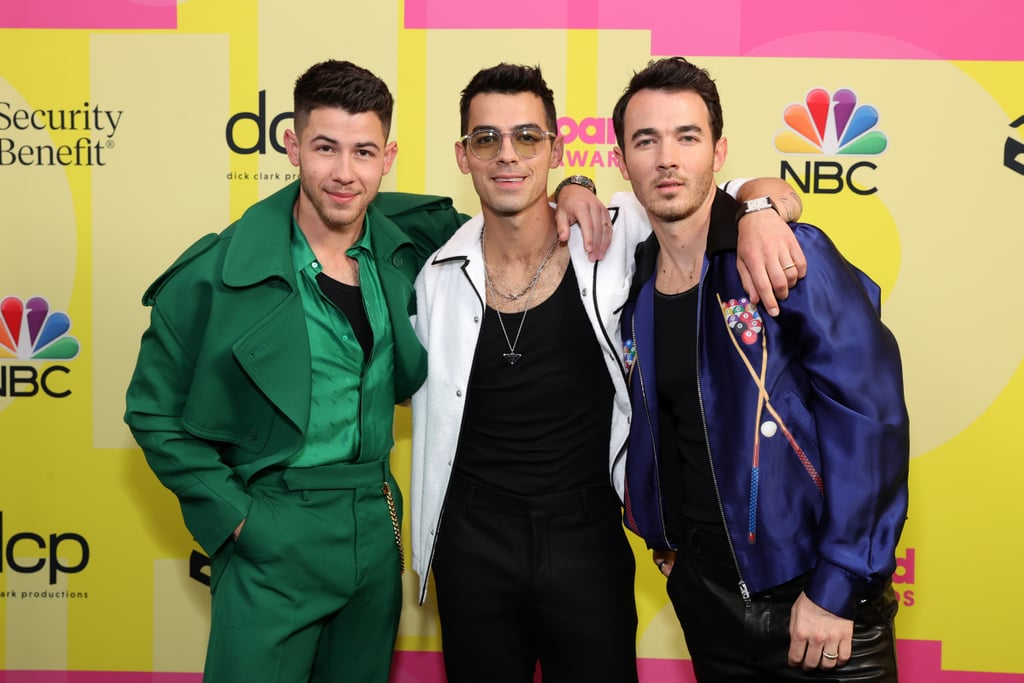 The Jonas Brothers are back together, and we couldn't be more excited. On Sunday night, Kevin, Joe, and Nick attended their first public event together in over a year as they stepped out for the Billboard Music Awards. The brothers looked fashionable as ever as they posed for the cameras. Nick, who is hosting the show, also snapped a handful of sweet photos with his wife, Priyanka Chopra, making the event a full-blown family affair. The brothers also treated fans with a medley of some of their recent hits as they closed out the show on stage. The fun outing comes just a few days after the Jonas Brothers announced their upcoming Remember This tour and released their latest single, "Leave Before You Love Me," with Marshmello. The group are set to perform the song for the first time during the show. Naturally, we can't wait for everything else the Jo Bros have in store later this year!