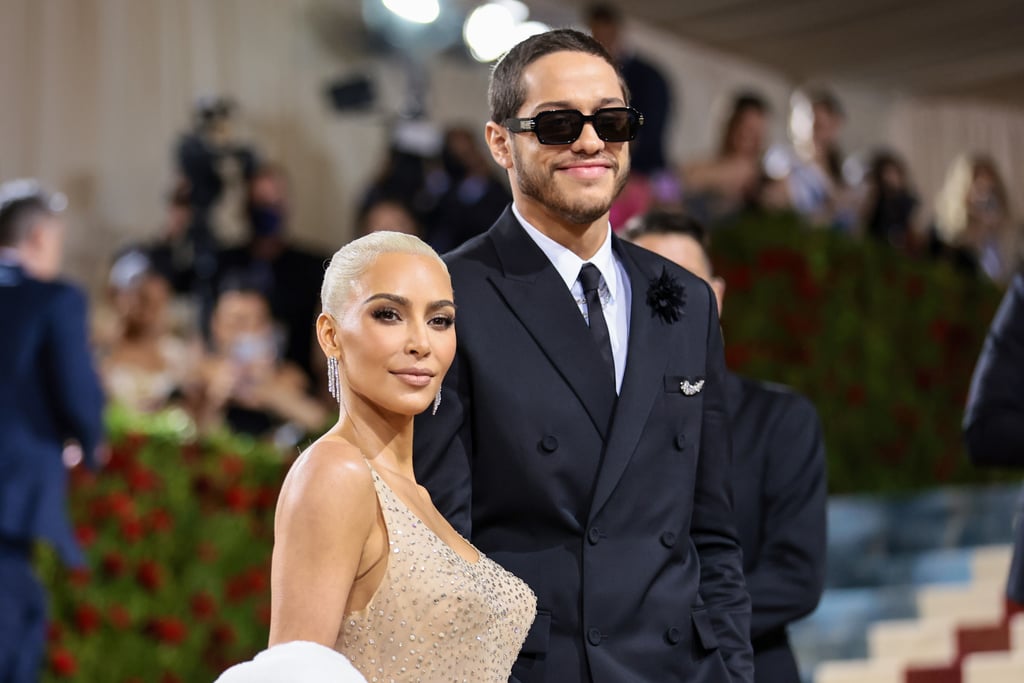 Kim Kardashian and Pete Davidson are now Met Gala official. On the first Monday in May, the two closed out the red carpet in a stunning pair of outfits: the multihyphenate wearing Marilyn Monroe's famous "Happy Birthday, Mr. President" dress, and the comedian wearing a sleek black suit with sunglasses. Kardashian and Davidson tightly held hands as the Skims founder struggled to climb up the Met steps in her dress.

Though the couple already made their red carpet debut a few nights prior at the White House Correspondents' Dinner, their Met Gala appearance was no less exciting, especially considering they first met at the event last year. In April, Kardashian clarified that she and Davidson initially chatted at the Met Gala last September, a month before her "Saturday Night Live" debut.

Kardashian and Davidson — who've been linked together since last October — even gave their first joint interview together on the red carpet, chatting with host La La Anthony about their looks. "She didn't let me wear my propeller hat, but it's fine," Davidson said with a smile. Kardashian added that she was looking forward to their pizza and doughnut party back at their hotel after the Gala, as she'd lost 16 pounds to wear Monroe's exact dress. Ahead, see more photos of the pair posing on the red carpet.