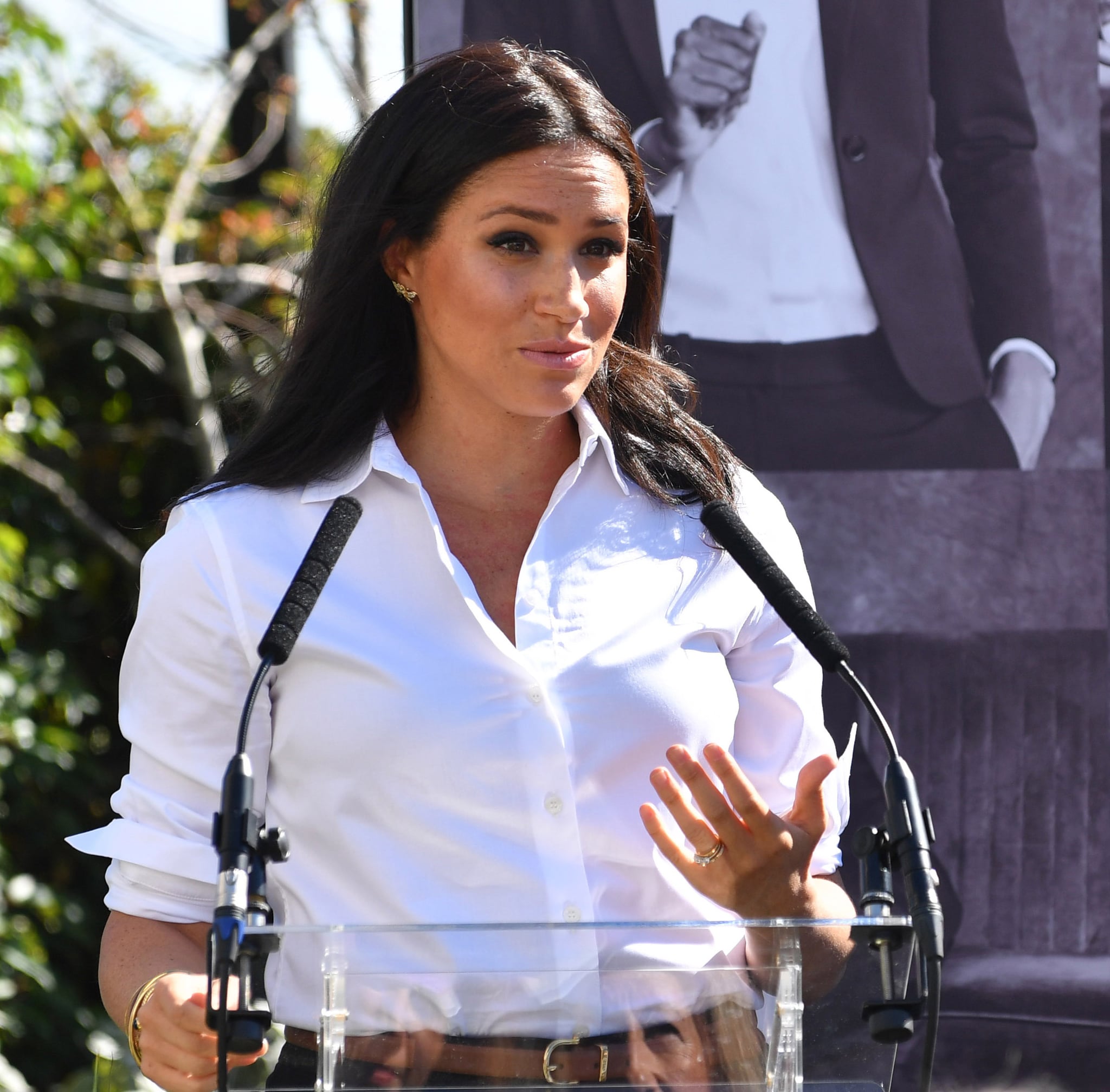 On Wednesday evening, Meghan Markle delivered a virtual commencement speech addressing the class of 2020 at her former high school, Immaculate Heart High School in Los Angeles. She offered her encouragement and also her support for the Black Lives Matter movement.

"You're going to have empathy for those who don't see the world through the same lens that you do. You're ready. We need you, and you're prepared."

Meghan also shared her experiences of growing up in Los Angeles during the LA Riots, "I was 11 or 12 years old, and it was the LA Riots, which was also triggered by senseless act of racism [. . .] and those memories don't go away."

"I'm so sorry that you have to grow up in a world where this is still present," Meghan's powerful speech continued. "We're seeing people stand in solidarity, we are seeing communities come together and to uplift. You are going to be part of this movement," she said, closing her speech by offering encouragement and optimism for the graduating class.

"With as diverse, vibrant, and open-minded as I know the teachings are at Immaculate Heart, I know you know that Black lives matters. You're going to use your voice in a stronger way than you have ever been able to because most of you are 18 – or you're turning 18 — so you're going to vote. You're going to have empathy for those who don't see the world through the same lens that you do. You're ready. We need you, and you're prepared," Meghan said.