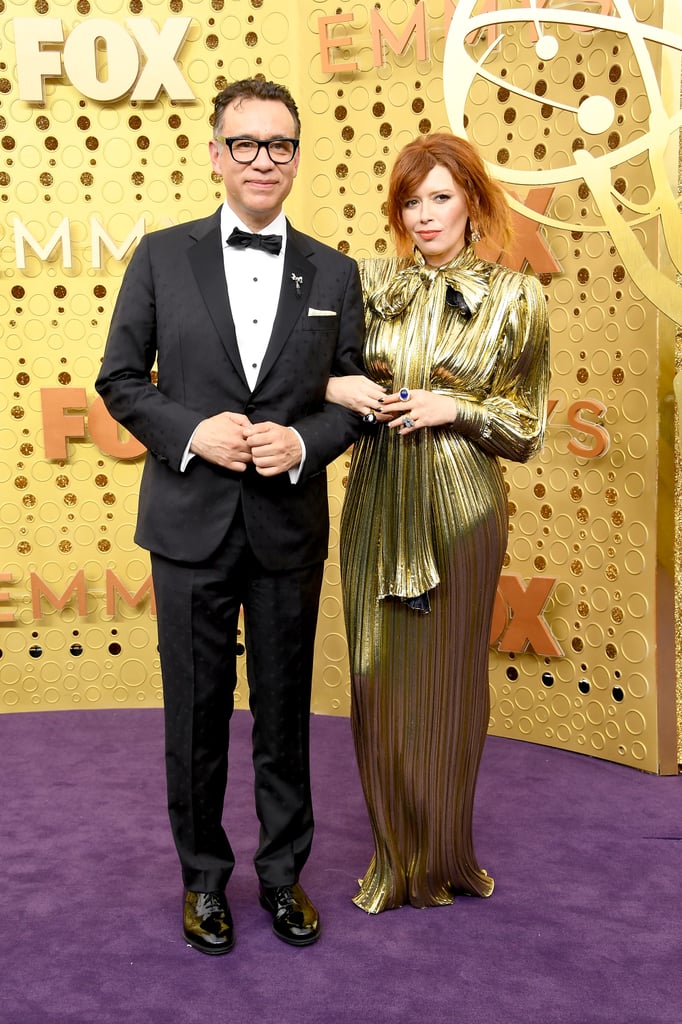 Natasha Lyonne had a big night at the 2019 Emmys, and she had her man right by her side. Fred Armisen and Natasha arrived arm in arm at the award show on Sept. 22 and reminded everyone of their longtime love. Natasha was nominated for outstanding lead actress in a comedy series for Russian Doll, and the show was also nominated for outstanding comedy series. With the cameras panning to Natasha and her now-viral clap during the show, viewers took to Twitter to share how they just realized the two are a couple. Natasha and Fred recently celebrated their five-year anniversary, as Elle reported they were first linked together at an Emmys party in 2014, and they make one cute comedic couple years later. Check out photos of Natasha and Fred at the Emmys ahead.

Related:
The Orange Is the New Black Cast Is Dripping in Glamour at the Emmys
Previous Next Start Slideshow
Celebrity CouplesRed CarpetEmmy AwardsNatasha LyonneAward SeasonFred Armisen