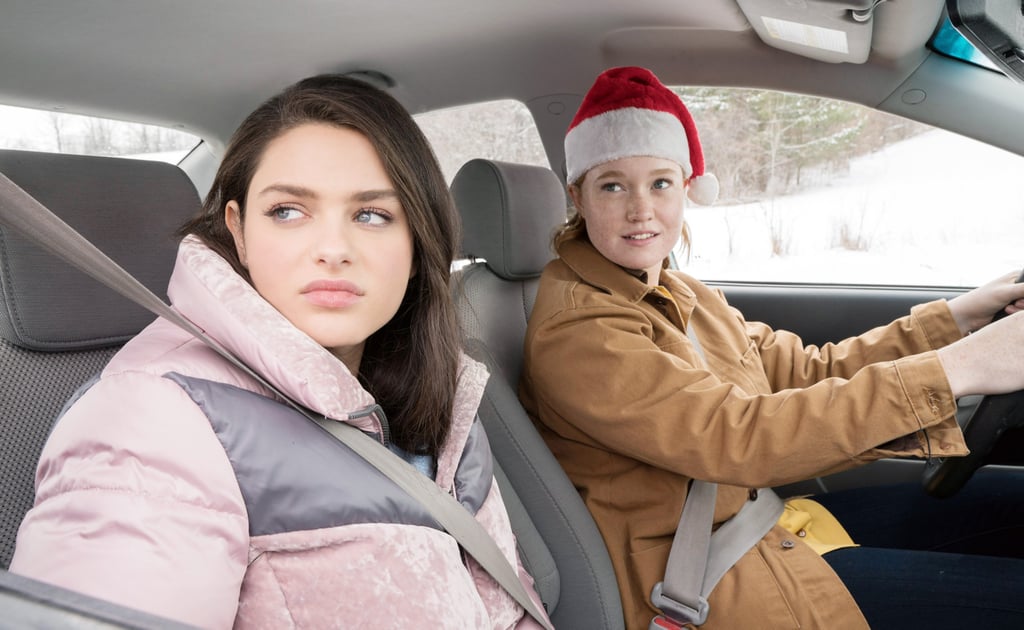 If You Can't Get Past How Much Let It Snow's Odeya Rush Looks Like Mila Kunis, You're Not Alone

Based on the young adult novel of the same name, Netflix's holiday film Let It Snow has been getting buzz for its cute teen romance plots — and for how it stars Mila Kunis's doppelgänger, Odeya Rush. The 22-year-old actress, known for her roles in Goosebumps and The Hunter's Prayer, plays Addie, an angsty adolescent who is very suspicious of her boyfriend and befriends a wacky tinfoil lady (Joan Cusack) while hitchhiking. Though her storyline of friendship is adorable, the number one thing the internet can't stop talking about is how much she looks like a young Kunis.

With distinct brows, long lashes, full lips, and sleek, dark hair, Rush looks like she could be the sexy The Spy Who Dumped Me star's long-lost baby sister. Sure, her eyes are blue as opposed to Kunis's dark brown and green eyes, and there is a 14-year age difference between her and the 36-year-old actress. But if Rush time-traveled to the early aughts and sat in for Kunis on That '70s Show, we honestly wouldn't be able to tell the difference. Are you convinced that these two talented ladies could pass as family? Scroll ahead to see side-by-side pictures of them and decide for yourself.