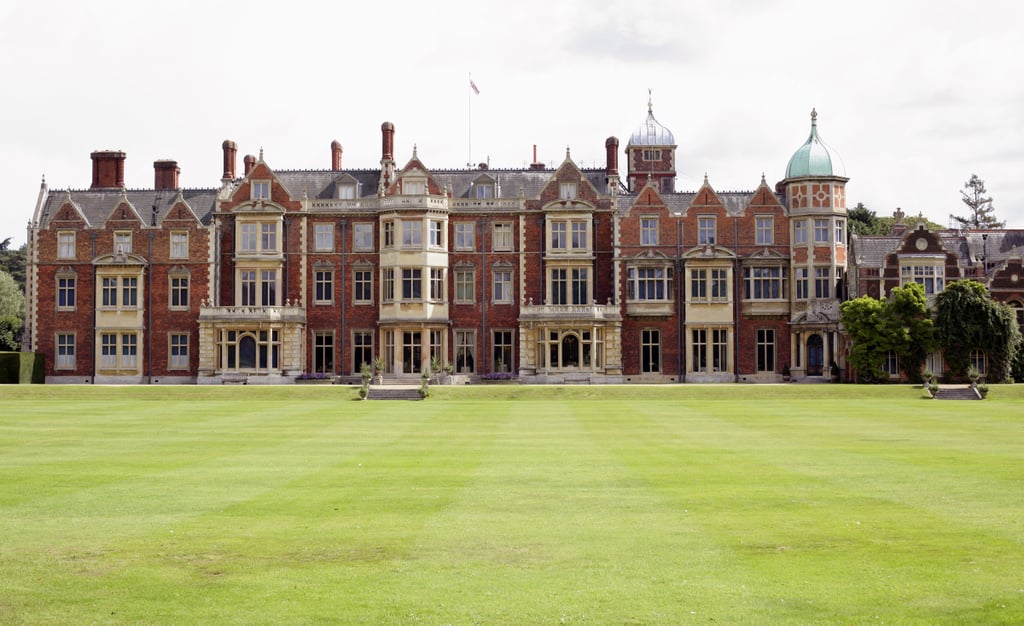 Believe it or not, the Sandringham house is considered "small" compared to other royal residences, so when there is a higher number of guests, they will often sleep in the staff quarters. The guest list used to include wider family members such as the Queen's nieces and nephews, but now that her own grandchildren have started families, the festivities usually just include her direct offspring — the maximum number that can be seated at the same table for Christmas lunch is 24 adults, and children are seated in the nursery. Other guests, like the Middletons, may be invited for the annual Boxing Day shoot.

When Princesses Beatrice and Eugenie were young and their parents were divorced, their mother, Sarah Ferguson, would often stay in Wood Farm (a cottage on the estate) so they could see her on Christmas Day. To incorporate the whole group en masse, the Queen hosts a family lunch at Buckingham Palace earlier in December, where the number of guests is closer to 50.