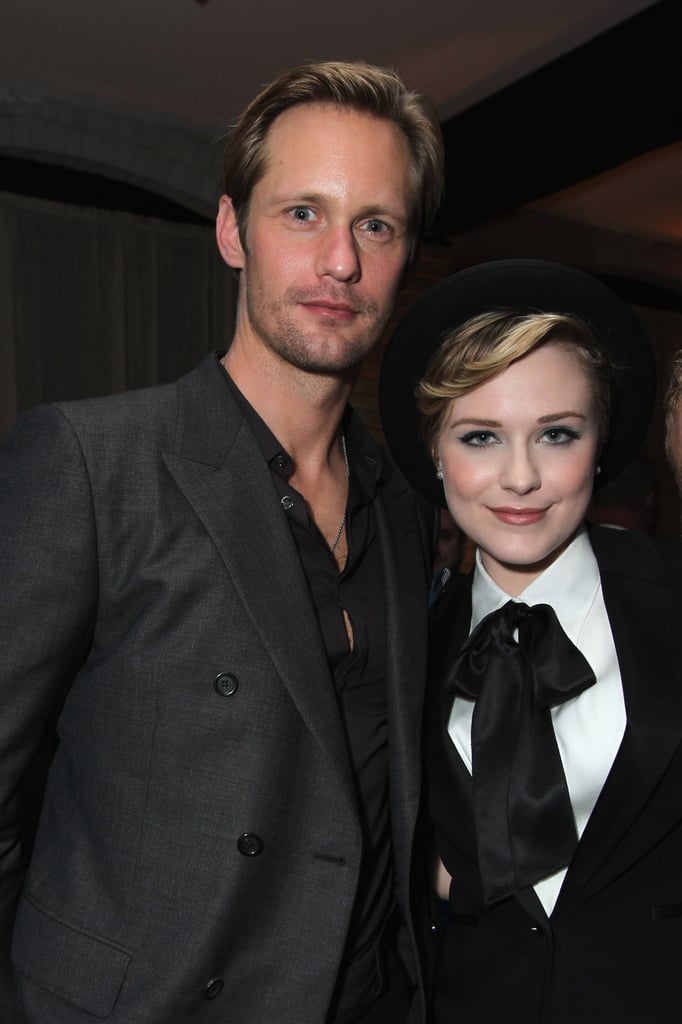 Back in 2009, rumors abounded that True Blood costars Wood and Skarsgård were romantically involved. Neither confirmed it at the time, but in 2010, Wood obliquely admitted to it in an interview with E! News.

"God, that [True Blood] set is just a lovefest over there," she revealed. "I've even been there myself. I did date one of the castmembers already." While not mentioning Skarsgård's name, it did certainly sound like a reference to the rumors from the previous year.

Netflix
Familiarize Yourself Even Further With Tati Gabrielle, aka Marienne on You
by Monica Sisavat 1 day ago