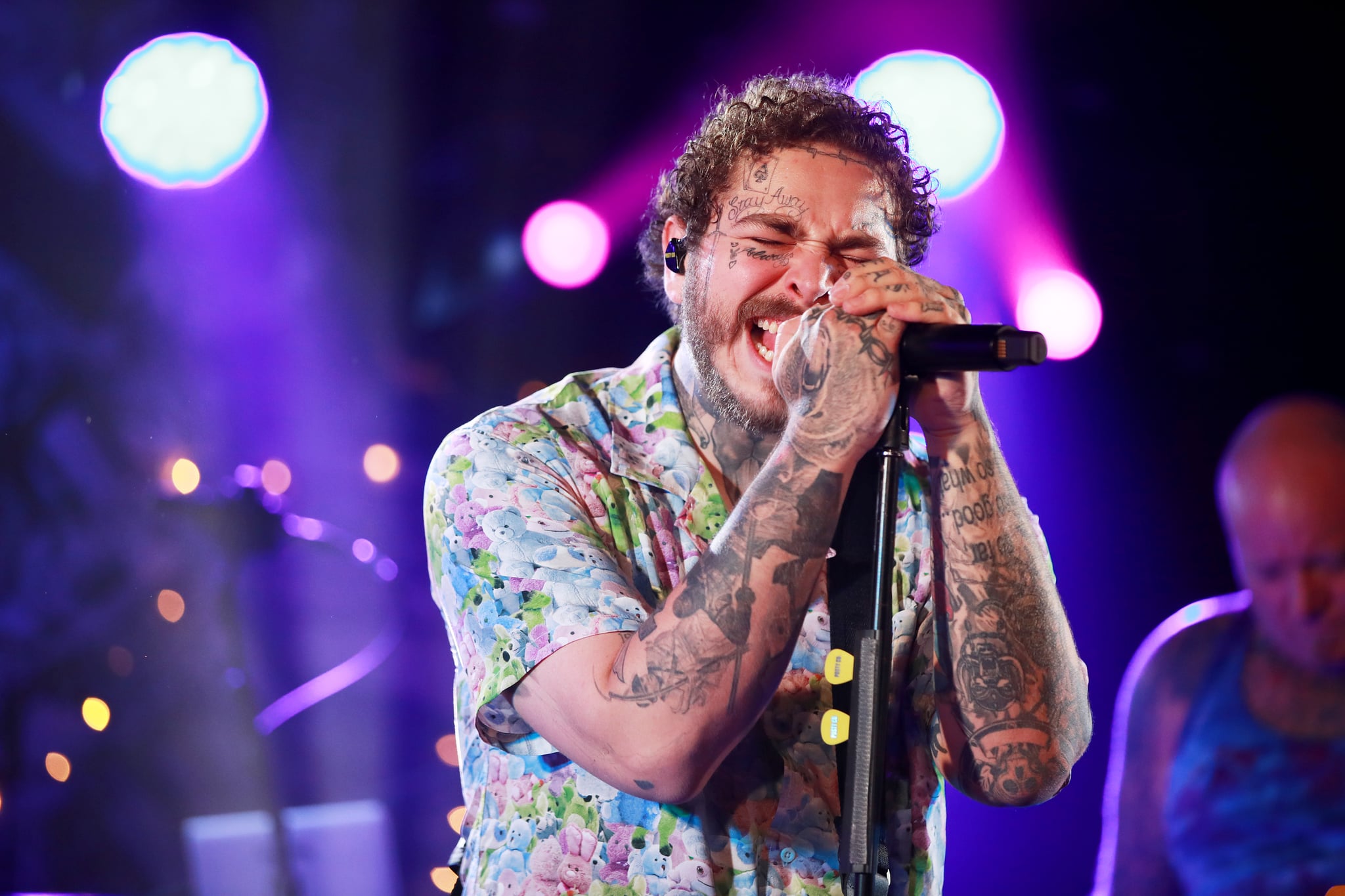 One week after his fall on stage, Post Malone is still struggling with his health. On Saturday, Sept. 24, the rapper gave his fans an update on Twitter and revealed that he was canceling his planned show in Boston due to pain.

In his statement, Malone apologized to fans for having to cancel but said that he was in too much pain to perform. "Boston, I love ya'll so f*cking much," he tweeted. "On tour I usually wake up at 4 o'clock PM, and today I woke to a cracking sounds [sic] on the right side of my body. I felt so good last night, but today it felt so different than it has before. I'm having a very difficult time breathing, and there's like a stabbing pain whenever I breathe or move."

Malone continued, "We're in the hospital now, but with this pain, I can't do the show tonight. I'm so f*cking sorry." He went on to add that tickets to the Boston show would still be valid once the show is rescheduled and to reiterate how much he loves his fans.

On Saturday, Sept. 17, the rapper was playing a concert at the Enterprise Center in St. Louis when his performance of "Circles" was derailed after he stepped into a hole on the stage that his guitar had just been lowered into. According to the St. Louis Post-Dispatch, Malone seemingly didn't notice that the hole hadn't been covered. In a video from the concert obtained by TMZ, he appeared to hit his ribs in the fall, then proceeded to lay on the stage in pain.

Medics quickly rushed to his side, where they treated the rapper for several minutes before he exited the stage, promising fans he would return shortly. After 15 minutes, Malone returned and explained to the crowd, "There was a big-ass hole in the stage!"

He reportedly went on to hold his rib cage as he sang "Rockstar" and "Cooped Up." He then performed at least three additional songs for a set total of 17 before apologizing to his fans and ending the concert slightly early. The Post-Dispatch reports that even after he said goodnight, he remained on stage to sign autographs before leaving the venue.

On Sept. 18, Malone updated his fans on his condition in a Twitter video. "Thank you for putting up with my dumb ass," Malone said. "Whenever we do the acoustic part of the show, the guitars on the guitar stand, it goes down. There's this big ass hole so I go around there and turn the corner and bust my ass ... winded me pretty good."

love you guys so much 💕 pic.twitter.com/eneJWf30fM

Malone clarified that he went to the hospital after the concert and received treatment and pain meds and will continue his tour as planned, saying, "We can keep kicking ass on the tour." He closed out the video by thanking his fans for their understanding and promising to deliver an epic experience at his next concert in St. Louis. "Thanks so much for coming to the show," he said. "Next time I'm around, we're going to do a two-hour show for you so we can make up for the couple missed songs."

Celebrity News
The Try Guys Drama Continues: All You Need to Know About Ned Fulmer
by Pallavi Bhadu 15 hours ago