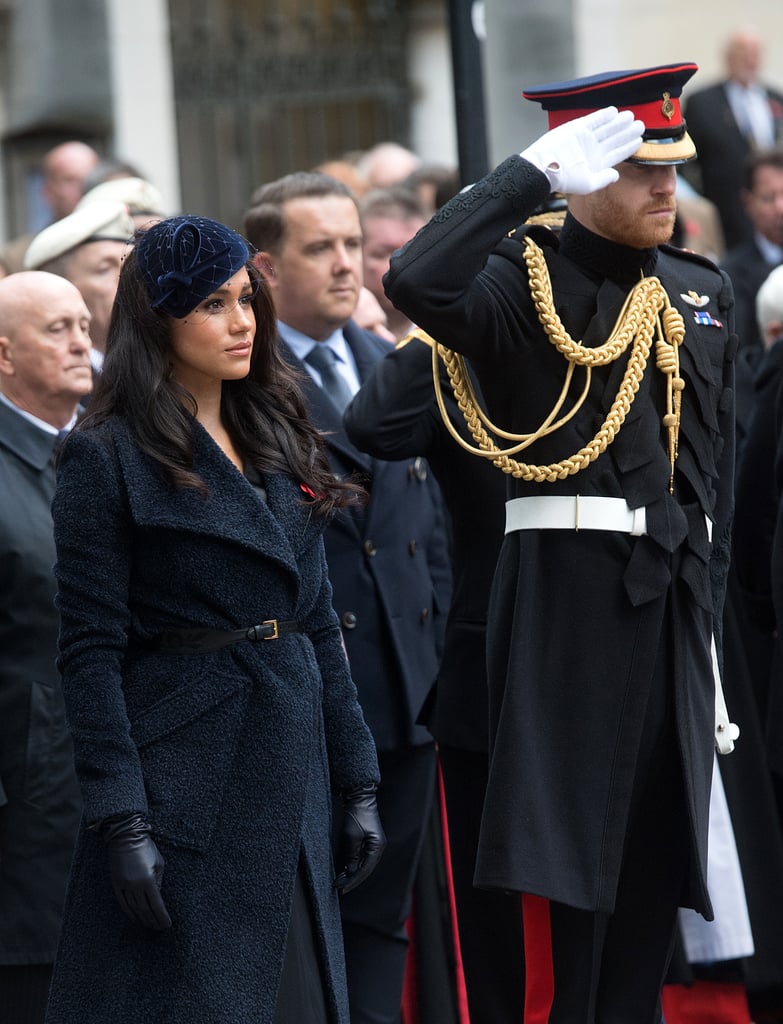 Prince Harry and Meghan Markle attended the first of a series of important remembrance events on Thursday when they paid a visit to the Field of Remembrance at Westminster Abbey. Organized by The Poppy Factory, the Field of Remembrance has been held in the grounds of the Abbey since November 1928 and features hundreds of wooden crosses decorated with paper poppies, which pay tribute to those who lost their lives serving in the armed forces. During their visit, the royal couple both laid their own crosses in a larger arrangement. Harry, in full uniform, gave a salute, while Meghan lowered her head out of respect, before they listened to "The Last Post," the famous bugle call played at Commonwealth military funerals and remembrance events.

Harry and Meghan were supposed to be joined by the Duchess of Cornwall for this event, one of a number of royal engagements over the coming days in the run up to Armistace Day. Unfortunately, Camilla had to cancel her appearance due to a chest infection, therefore Harry and Meghan represented the royal family alone. As a military man himself, with years of service and two tours of Afghanistan under his belt, nobody was better placed to do this than the Duke of Sussex. Keep reading to see photos from this poignant event.