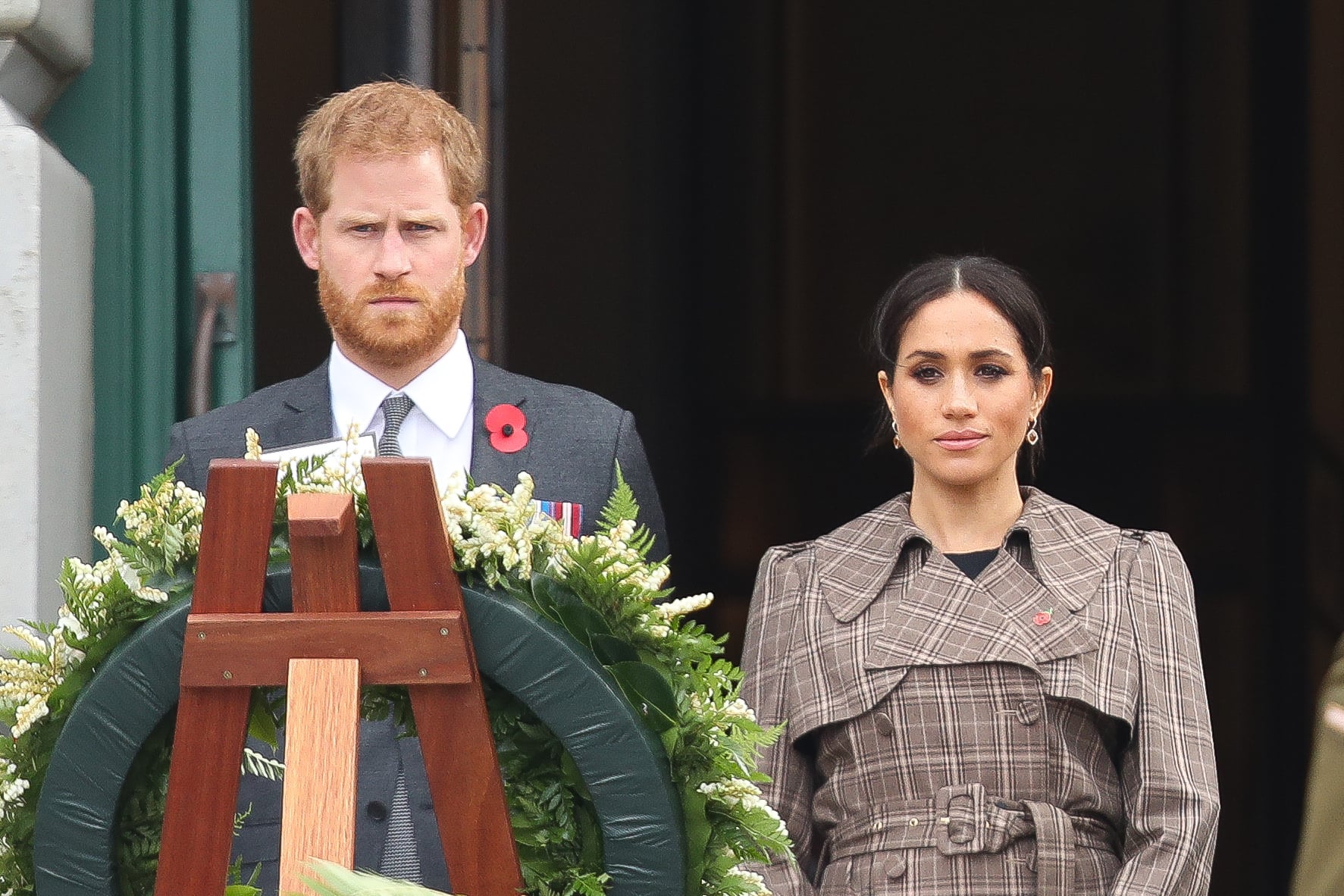 Prince Harry and Meghan Markle are paying their respects to Prince Philip following his death at age 99. On Friday, the Duke and Duchess of Sussex paid tribute to the royal on their Archewell website. The message reads: "In loving memory of His Royal Highness the Duke of Edinburgh" along with the year he was born, 1921, and the year of his death, 2021. The end of the note includes a short but sweet message from the couple, "Thank you for your service . . . you will be greatly missed."

Earlier on Friday, Buckingham Palace confirmed Prince Philip's death with a short statement from Queen Elizabeth II. "It is with deep sorrow that Her Majesty The Queen has announced the death of her beloved husband, His Royal Highness The Prince Philip, Duke of Edinburgh. His Royal Highness passed away peacefully this morning at Windsor Castle. The Royal Family join with people around the world in mourning his loss. Further announcements will be made in due course." The palace has yet to release any further information about the prince's death, but as consort to the monarch, he is entitled to a state funeral. Harry and Meghan, who currently reside in LA, have yet to confirm if they will go to the UK for the funeral.