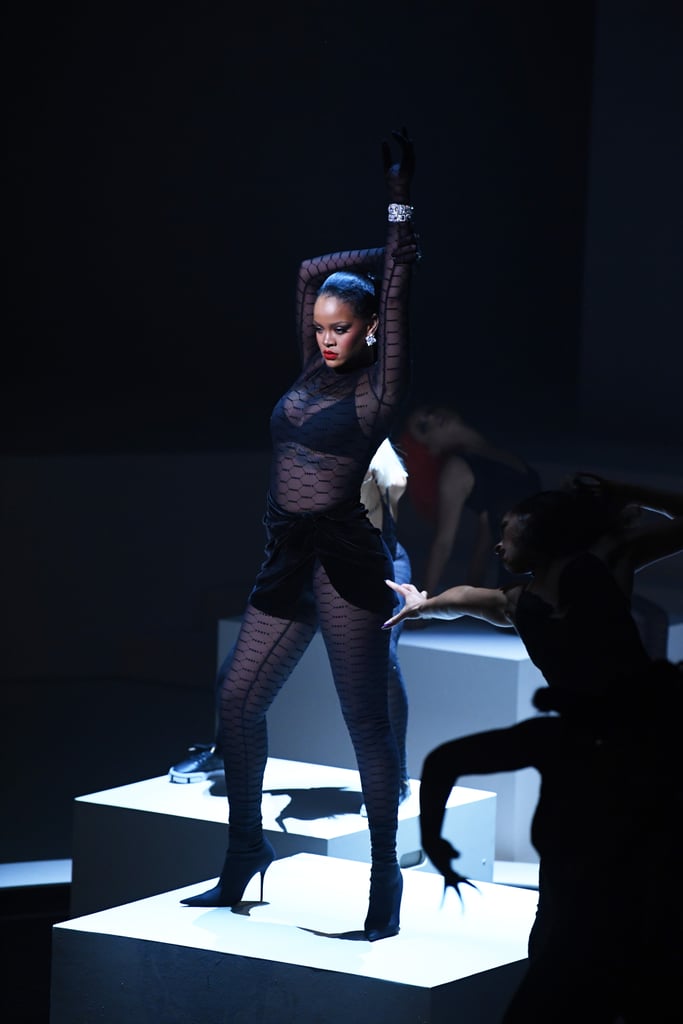 So Rihanna Really Stunted on Everyone at Her Savage x Fenty Show, Huh?

In unsurprising but much-appreciated news, Rihanna served looks and badassery at her Savage x Fenty show. On Tuesday, the 31-year-old mogul attended New York Fashion Week sporting a glitzy blue turtleneck dress, slim retro sunglasses, and hoop earrings. Industry notables, including Normani, Kacey Musgraves, and Ashley Graham — who strutted down the runway at Zendaya's Tommy Hilfiger show on Sunday — turned up as well to support the singer and fashion designer.

At the event, Rihanna stunned the crowd with a performance in lingerie and a sheer jumpsuit. Other artists, such as Migos, Big Sean, and Halsey, also took the stage to get the crowd going. The collection then hit the runway, with models Gigi and Bella Hadid and Cara Delevingne among those who rocked the fierce new threads. The star-studded production — which will be available to stream on Amazon Prime on Sept. 20 — was such an electrifying gathering, it left one of our fashion editors wanting more. Although we're (im)patiently awaiting Rihanna's upcoming album, R9, we at least have Savage x Fenty to hold us over. Look ahead to see Rihanna stunt on everyone at her show!