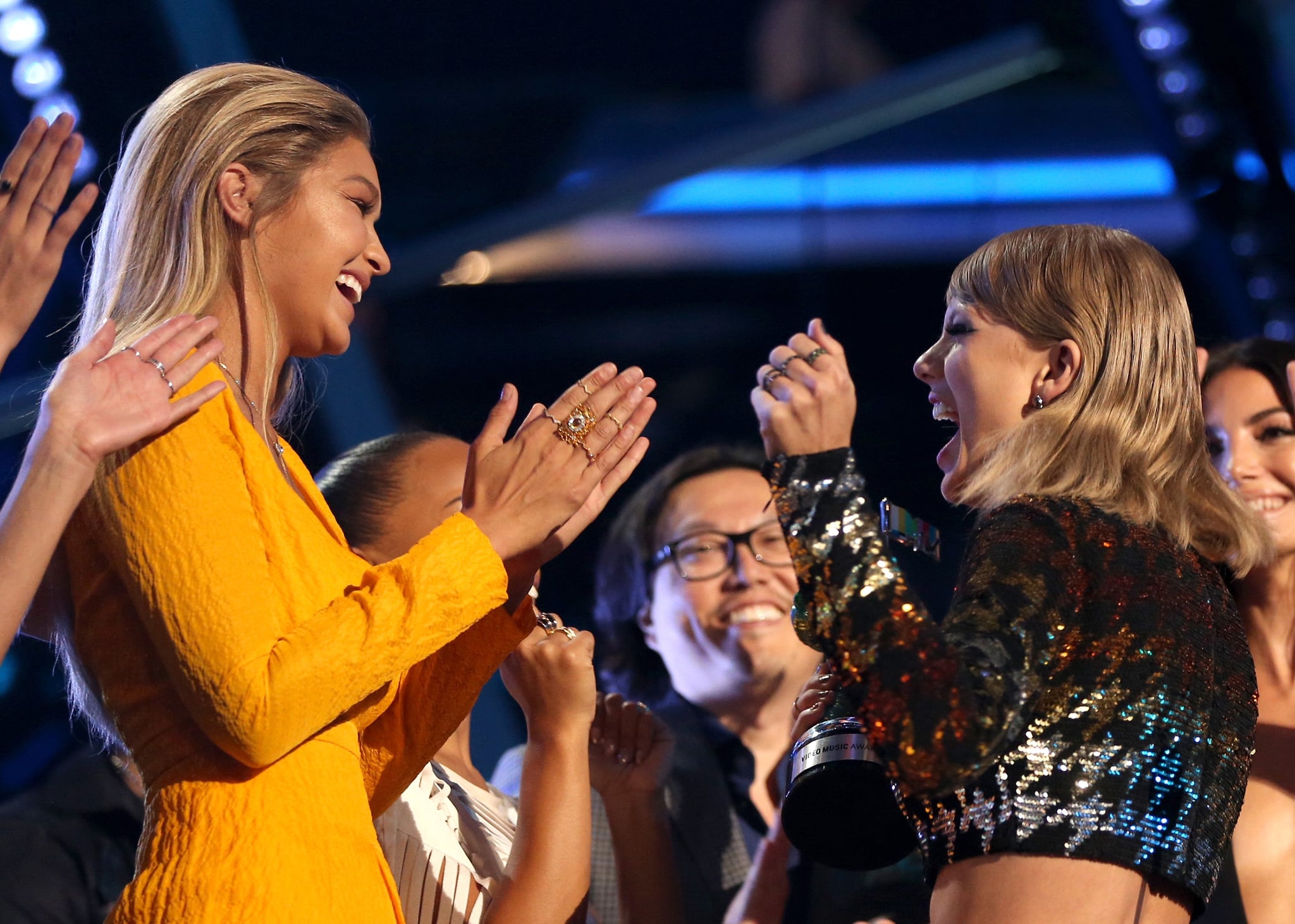 Gigi Hadid gave another glimpse of her baby girl with Zayn Malik, just a few days after the couple revealed that she was born the weekend of the 19th. On her Instagram Stories Friday night, the model shared a photo of her daughter's tiny baby hand over an adorable pink satin blanket, one of the many gifts her friends had sent to celebrate the exciting news. The quilt was handmade by none other than the pair's longtime friend, "Auntie" Taylor Swift.

"Auntie @taylorswift made this!!," Gigi wrote on the snap. The new mom only showed a peek of the blanket, but we couldn't help but notice it looked pretty similar to the one Taylor had gifted Katy Perry's daughter, Daisy, earlier this month. We wonder if Gigi's daughter, whose name has yet to be revealed, has a beautiful embroidery on her blanket, as well. Taylor and Gigi's friendship dates back to 2014, as the model was even a member of the singer's famous girl squad. The "cardigan" singer also collaborated with Zayn back in 2016 for their hit song, "I Don't Wanna Live Forever." Get a closer look at the sweet gift below. 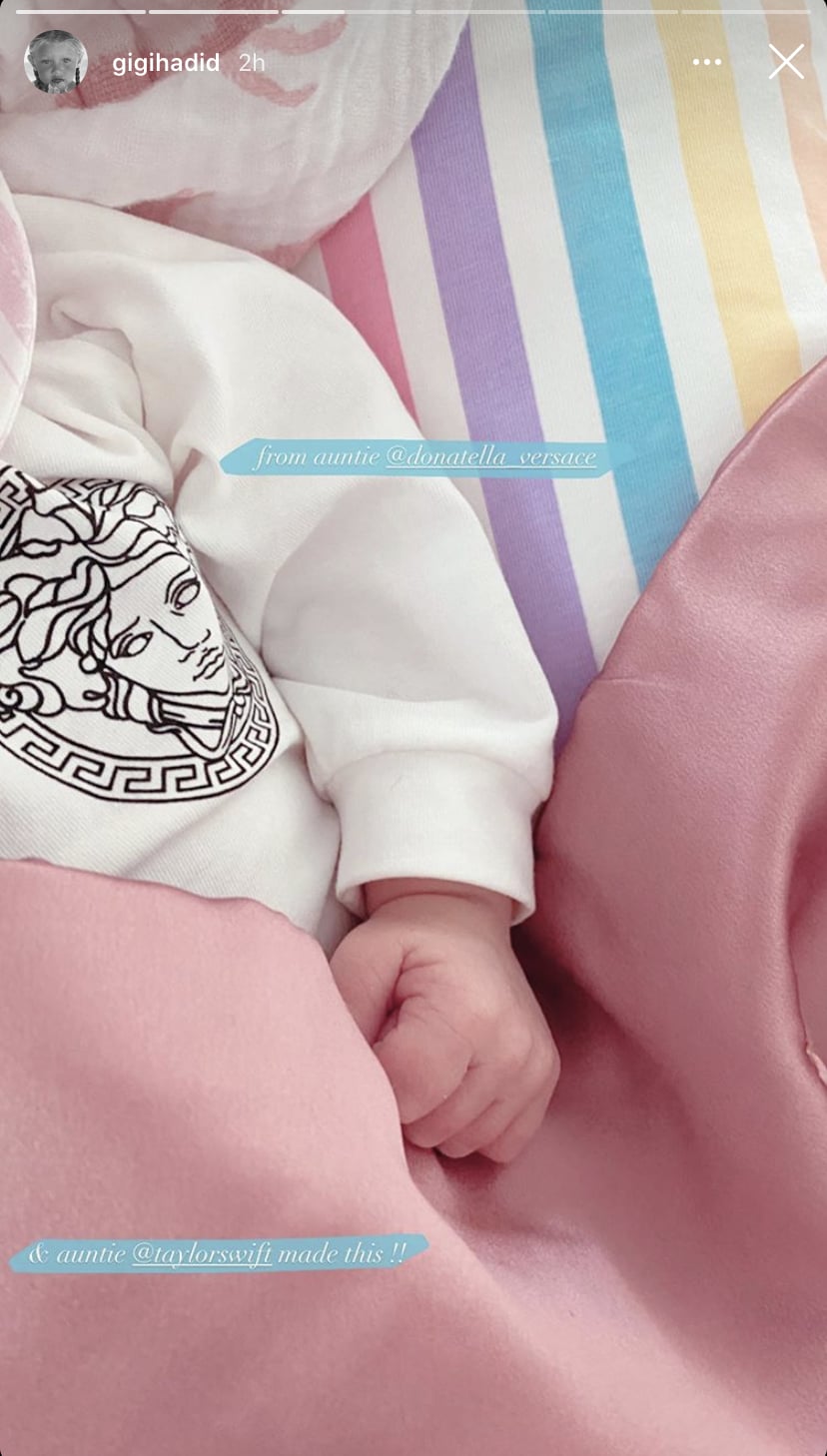