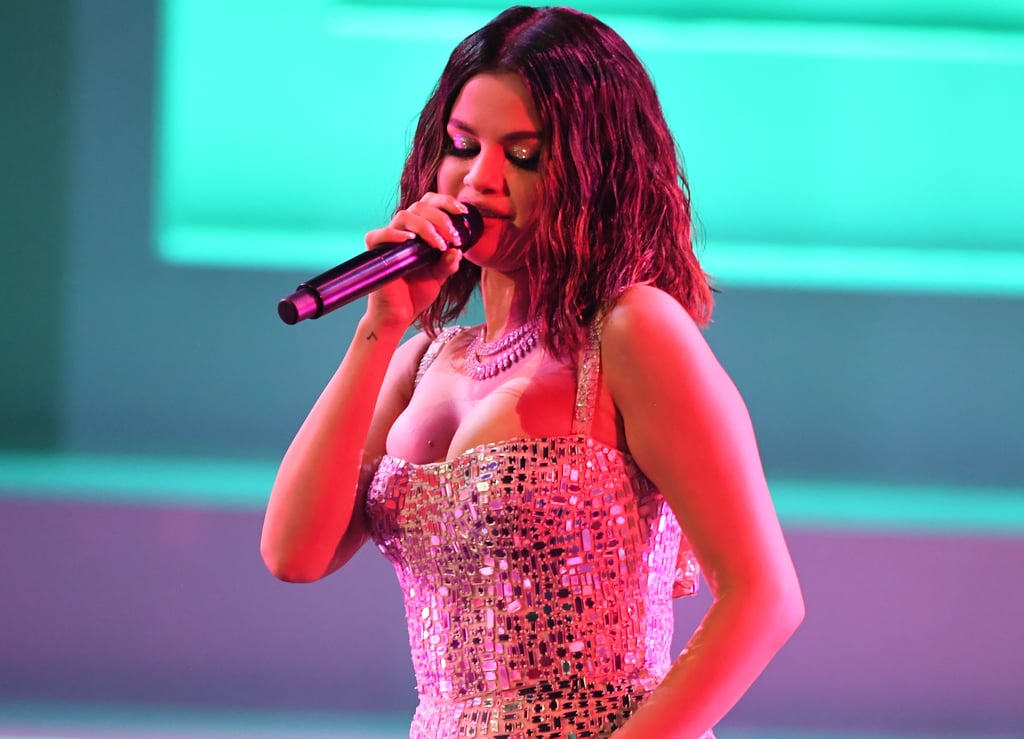 Surround yourself with friends who support you like Taylor Swift and Halsey support Selena Gomez. The 27-year-old singer opened the American Music Awards on Sunday night with an emotional mashup of her hits "Lose You to Love Me" and "Look at Her Now" and received a standing ovation from her celebrity pals.

Her performance kicked off a big night for the trio of pals, with Selena's opening number being followed by Halsey's win for best pop/rock song. Shortly after, Taylor took home a big award for favorite pop/rock album of the year. The "Lover" artist also received the AMA's artist of the decade. Ahead, see clips of the stars cheering Selena on during her moment onstage.