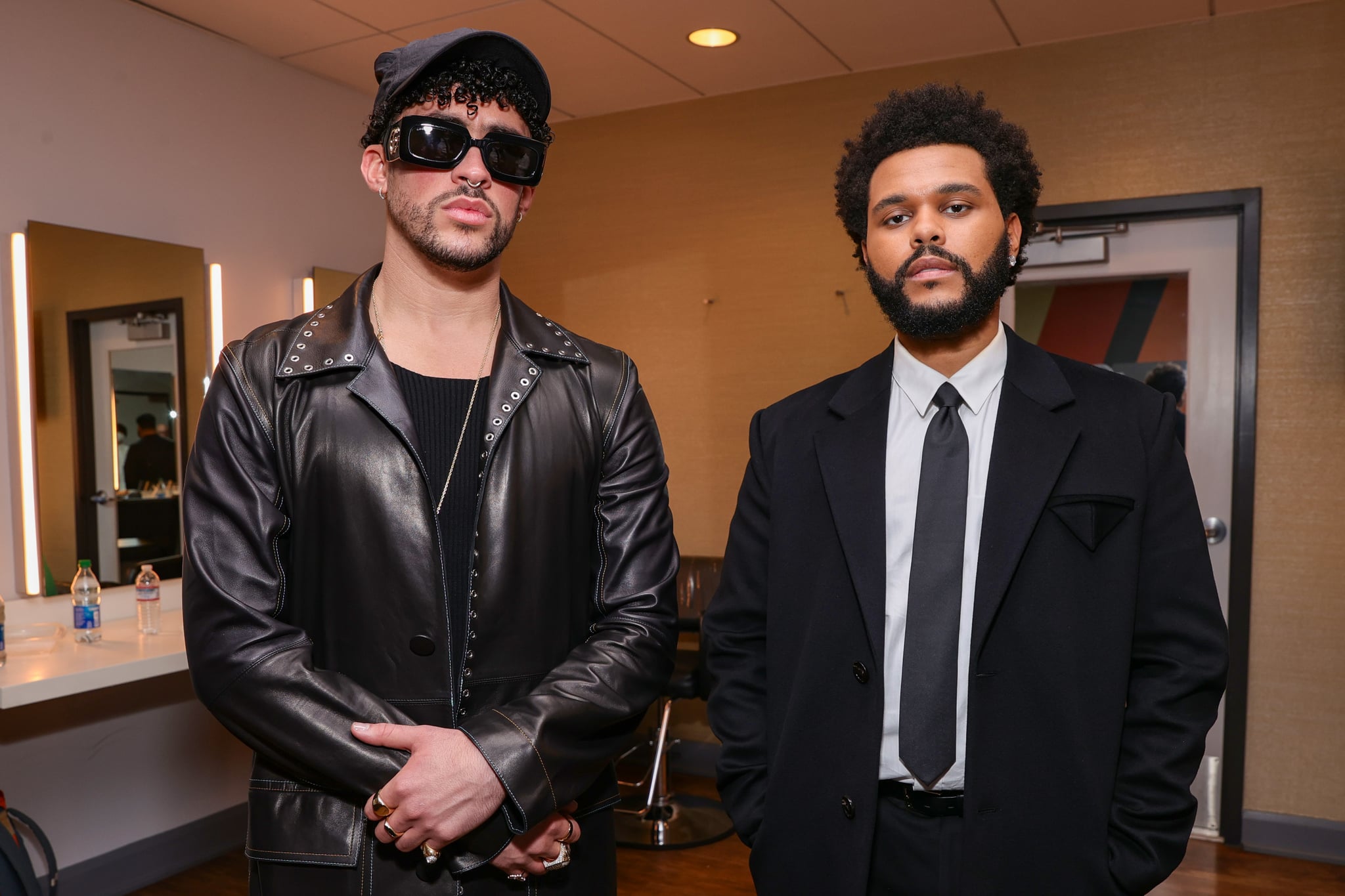 If you want to talk about a great time during Sunday night's Billboard Music Awards, look no further than The Weeknd and Bad Bunny. Both artists certainly cleaned up at this year's award ceremony — with Bad Bunny taking home four awards and The Weeknd earning the most of the evening with 10 — so when the duo met backstage, worlds truly collided. They say a picture is worth 1,000 words, but the main one running through our minds right now is "damn." Outside of that, we've been left wondering what the two could've discussed during their brief backstage meeting. Was it about a future collab? Fashion tips? How they loved each other's performances? How they are both handsome and can pull off any outfit? Who knows?

It seems we weren't the only ones excited about the meeting, as it didn't take long for fans on Twitter to call for a collaboration between the pair. So, could a collab be in the works for Bad Bunny and The Weeknd? We don't see why it couldn't, as not only do The Weeknd and Bad Bunny seem like a music match made in heaven, The Weeknd has previously collaborated with Rosalía and Maluma. With their meeting at the Billboard Music Awards, it seems less of an "if" and more of a "when."