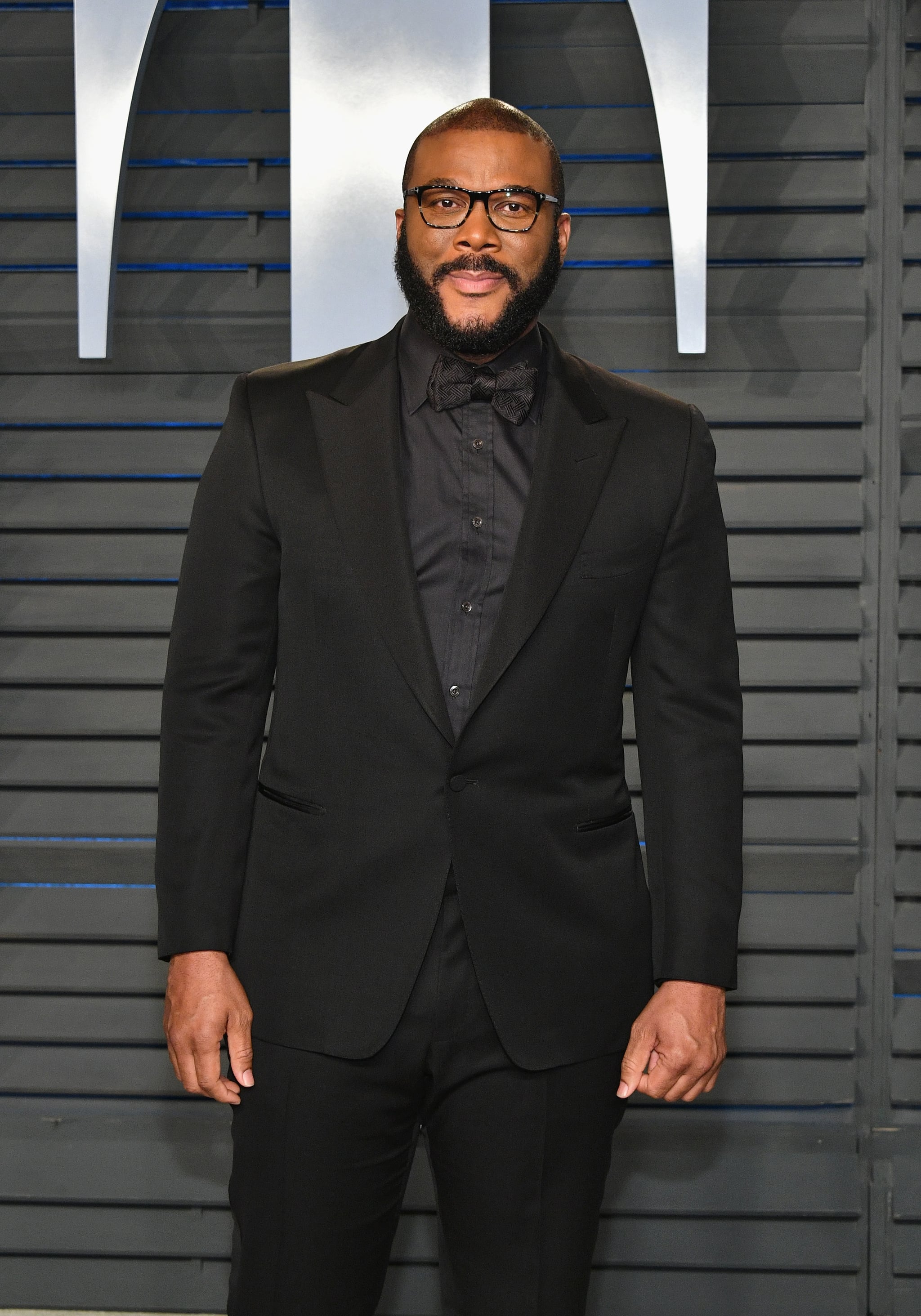 Tyler Perry is giving back ahead of Thanksgiving. On Nov. 22, the 51-year-old star held his TPS Giving event, opening up his Atlanta movie studio, Tyler Perry Studios, to feed 5,000 local families. At the giveaway, which he funded, residents were able to drive through and pick up boxes of food and $25 gift cards to use at supermarket chain Kroger. Tyler enlisted the help of volunteers who wore protective equipment while handing out donations. According to The Associated Press, cars began lining up on Saturday and stretched for five miles. By 10 a.m. on Sunday, the studio had given away all the food.

"Tyler was heartbroken seeing people all over the country stand in line for food so he decided he wanted to give back to his community in Atlanta," a source told People. "Hopefully this encourages others who are able to, to give back during the holiday season in a year that has been difficult for many."

The director's event came a week after he was honored at the People's Choice Awards for his philanthropic efforts and progressive work in the entertainment industry. While accepting the people's champion award, Tyler emphasized the importance of persevering through hard times. "Had I given up when I was homeless, when I was sleeping in my car, when I was hungry, had I given up, these people you see on the screen right now would not be part of my dream," he said. "There are people who are tied into your dream and your destiny, and you are worthy of getting to your goal."