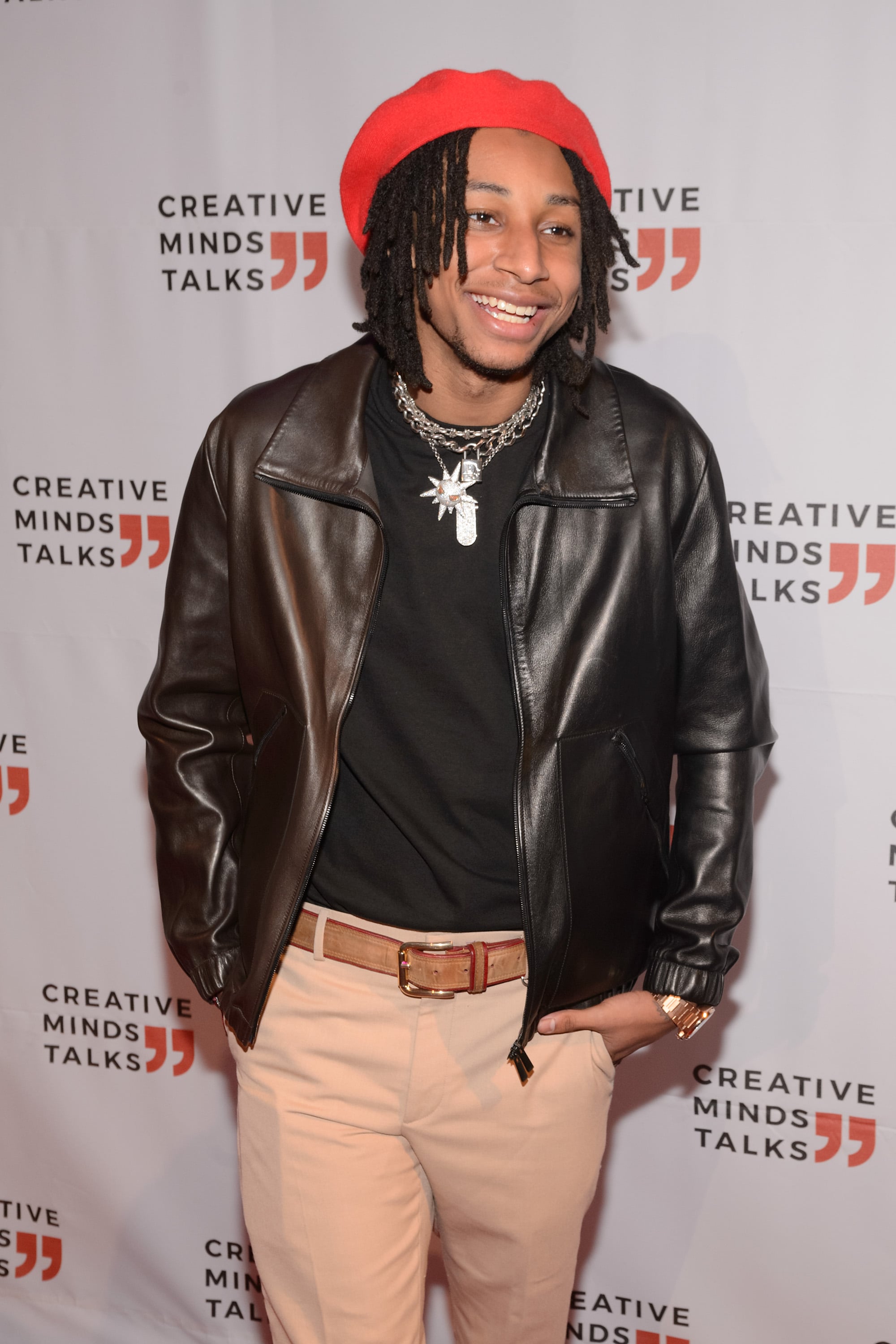 The Grammys audience is typically a place for celebrities in their best glamour and glitz, but this year, there was one very strange standout sitting in the first few rows: a guy in a full face of skeleton makeup. So who's the guy, and why is he there? As it turns out, he's not a celeb pulling a publicity stunt or a plant for some gag on the broadcast — he's related to the night's host. Skeleton Guy is actually Note Marcato, the stepson of Alicia Keys, who is hosting the Grammys broadcast for the second year in a row.

Give this skeleton his Grammy. pic.twitter.com/0uyRfHypbN

Eagle-eyed viewers first noted that the man in the skeleton makeup was seated with Keys's family, whom she called out and motioned to during one of her interstitial bits walking through the audience. Marcato also posted a series of Stories to his Instagram that showed him putting on the makeup, and from the look of his feed, this isn't the first time he's worn the spooky makeup look.

Marcato's real name is Prince Nasir Dean, and he's the oldest son of Keys's husband, Swizz Beatz (legally Kasseem Dean), and a hip-hop artist himself. His stage name has some serious musical roots, too. "Marcato is a musical instruction indicating a note, chord or passage to be played louder than the surrounding music. That's what I feel my music represents," he told FRNDY LMRN in 2018. While he hasn't made a splash musically quite yet, Marcato has definitely grabbed plenty of attention at the Grammys for his skeleton look!