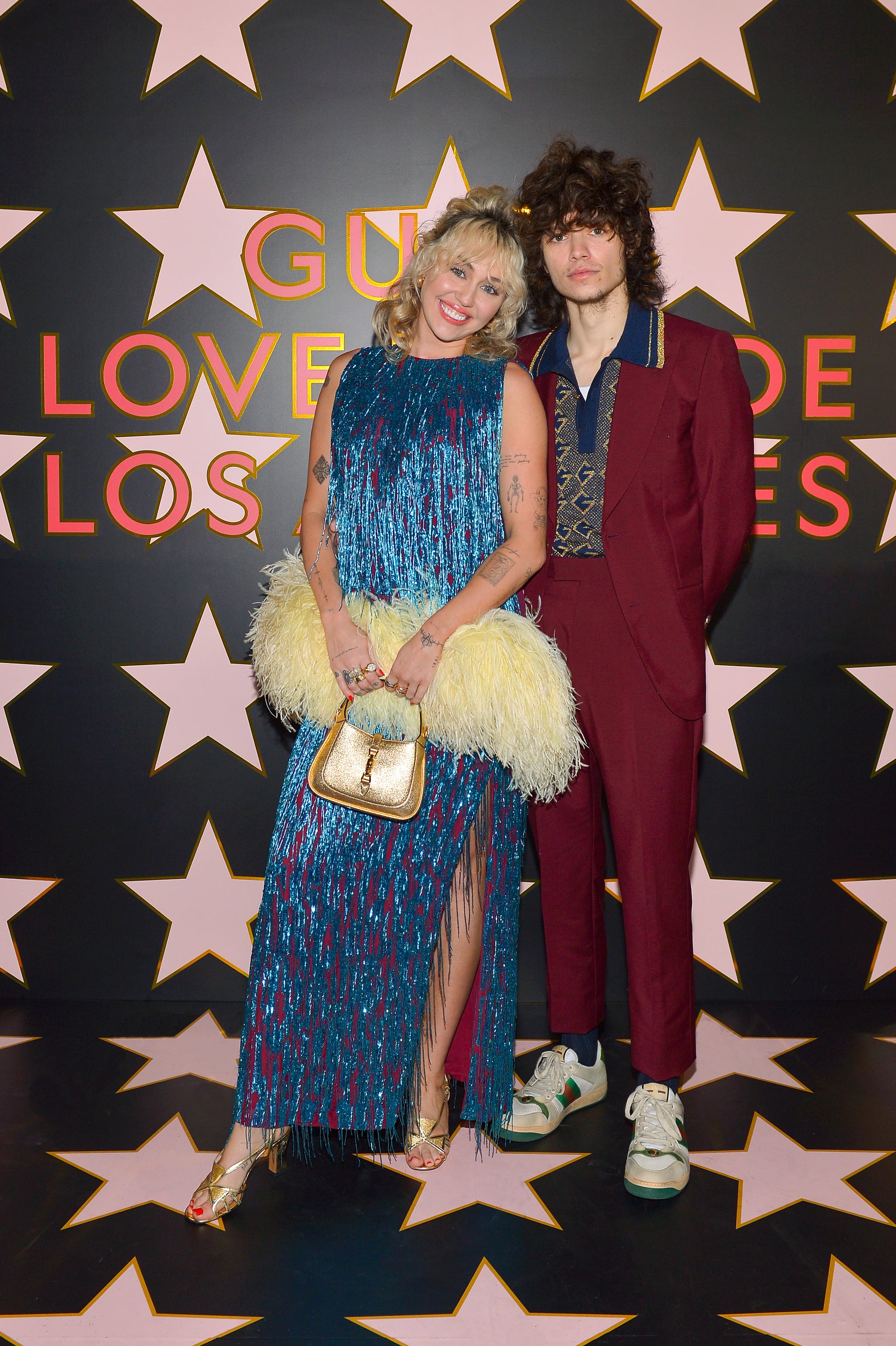 Fans are speculating that Miley Cyrus's new song, "You," is about her rumored boyfriend, Maxx Morando. "I got some baggage / Let's do some damage / I am not made for no horsey and carriage / You know I'm savage / You're looking past it / I want that late-night sweet magic / That forever lasting love / But only if it's with you," Cyrus sings. Both musicians were spotted sharing a kiss and holding hands on a hotel balcony ahead of Miley's New Year's Eve special in Miami, though they haven't confirmed their relationship status yet. So are they or aren't they? Here's what we know so far about Miley's dating life since her split from Liam Hemsworth in 2019.

Who Has Miley Cyrus Dated?

Shortly after Miley and then-husband Liam announced their separation in August 2019, dating rumors began swirling between the "Wrecking Ball" singer and Cody Simpson. The pair dated for 10 months before calling it quits during the pandemic. Miley even addressed their breakup candidly in an Instagram Live, saying, "So today, it came out that me and my boyfriend have broken up. It was confirmed by a 'reliable source' even though no one is reliable in a relationship except the two individuals that are participating in it."

She continued, "But, for right now, two halves can't make a whole, and we're individually just working on ourselves to become the people that we wanna be . . . And so, don't make it some drama story if next week we're out hanging out or getting pizza. We've been friends for 10 years, and we're gonna continue to be friends."

A couple months prior to linking up with Cody, Miley, who identifies as pansexual, was seen kissing blogger Kaitlynn Carter while vacationing in Italy. They reportedly went their separate ways a month later.

Miley has remained mostly tight-lipped about her new budding romance with Maxx, but she gave him a shout-out during a recent interview with Vogue about her mesmerizing summer festival looks, including a "one-of-kind collaboration" between the 23-year-old Liily drummer and fashion designer Shane Kastl. "Shane used existing pieces I've collected over time and customized Maxx's cartoon characters [within] his construction," she said at the time. "Their collaboration is the perfect example of sustainability becoming the next fashion phase, and it proves that anything can be reinvented, which resonates with me deeply."

Last November, they first sparked dating rumors when they attended the Gucci Love Parade runway show together in Los Angeles. "She's happily dating Maxx," a source told E! News. "It's official between them." The insider added that Miley and Maxx, who was previously the drummer for punk rock band The Regrettes, initially bonded over music. Despite the growing rumors that Miley and Maxx are going strong, neither artist has confirmed or denied their romance, so we'll just have to wait to see!