The boys are coming back — we hope. News has broken that 23 Jump Street is being written by screenwriter Rodney Rothman, who cowrote 22 Jump Street. No official word yet on whether Channing Tatum and Jonah Hill will star, but at least we know it's happening. One can only wonder if the sequel will really be 23 Jump Street: Medical School, followed perhaps by 24 Jump Street: Foreign Exchange and 25 Jump Street: Semester at Sea? In case you didn't see it, those were the titles proposed in the hilarious end credits to 22 Jump Street, which seemed to imply that more sequels might not come. Guess not! 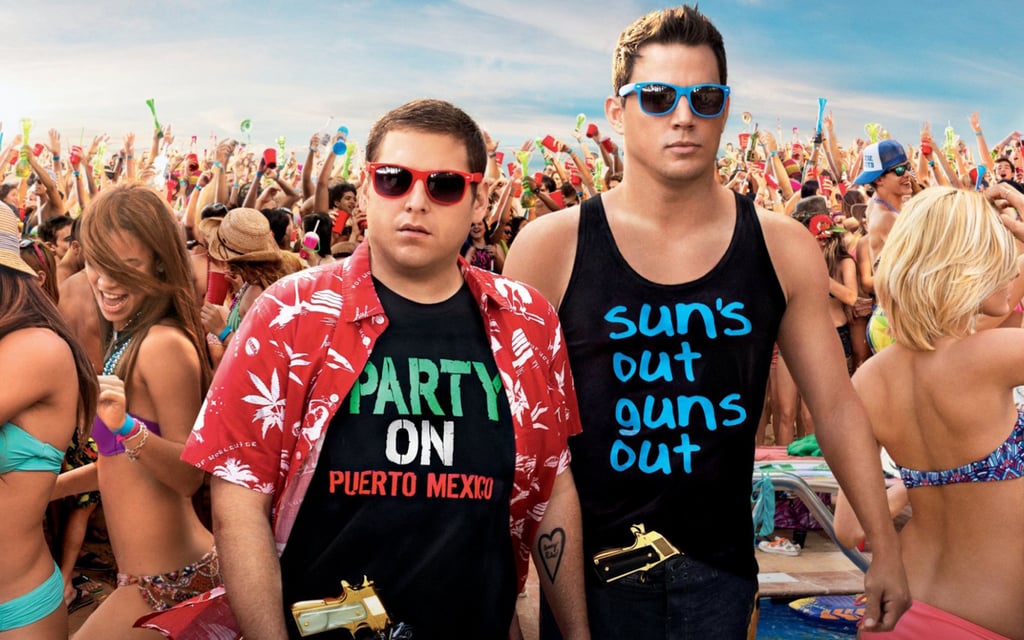 Movies
We Can't Go to the Movies Right Now, So Get Your Fix with These 13 Movie Podcasts
by Amanda Prahl 2 days ago