It has been seven years since The O.C.'s series finale, and for those missing Seth Cohen, you may be able to get your fix. In Life Partners (a movie we loved at the Tribeca Film Festival), Adam Brody plays Tim, a character who has a few similarities to his longtime geeky role, and he gets the girl this time, too. But the girl isn't his real-life wife and costar Leighton Meester — it's Community's Gillian Jacobs, whom he woos in the film. However, when we chatted with Brody, he said it was Meester who was instrumental in getting him to sign onto the film. He also took a walk down memory lane, revealing once and for all what he thinks of an O.C. reunion then spilled on what to expect from his TV return in new Amazon pilot The Cosmopolitans. 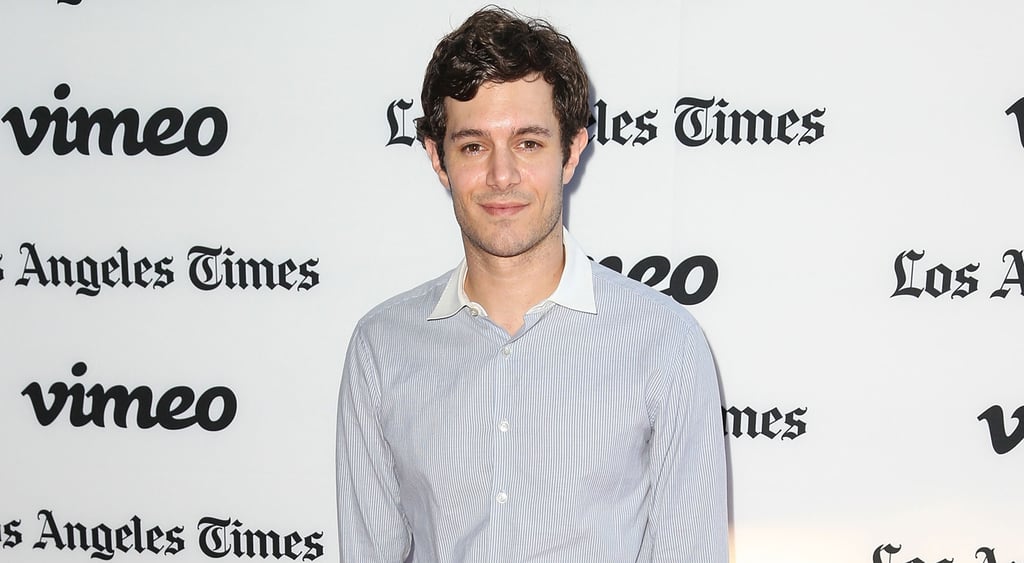 POPSUGAR: You and Gillian Jacobs are longtime friends. Did she have any influence on getting you to sign on to the film?

Adam Brody: Not to brag, but I think I was attached for a whole four days or so before her, and I was thrilled that she was doing it. I hope she felt the same about me. I knew her personally before pretty well, and obviously we got along, but I've also been a big fan of her work, so I was excited to work with her. Also, she's done a lot of stuff, a lot of movies, but to my knowledge, this is one of her first leads — at least in recent years. And I was excited for her, as like a fan and an audience member, to see that. She was well very due for that, so I was excited to be a part of that, because I knew she would be so good in it. She's really funny. She's a really deft comedian and maybe even to a degree that almost isn't very nuanced. I place a high emphasis on comedy, and the people that I like professionally, I almost can boil it down to how much can they make me laugh. There are many qualities that make a fine actor or make me a fan of certain actors, but humor is right up there at the top.

PS: Gillian said it was a little bit awkward to kiss you since you're such close friends.

AB: Fortunately there's nothing too graphic at all. But I think it's like, you nervously don't talk about it and then you know you're going to have to do it, and then it's awkward, and then after the first take it's not at all. So that's kind of how it goes for me. It's awkward up until the first take, and then it's not really awkward at all. And you're free to work. But it's a weird job.

PS: Tim has some hilarious moments throughout the film as he tries to get Sasha (Meester) to warm up to him, including watching America's Next Top Model and asking what a booty tooch is. Did you know what that was before filming the scene? 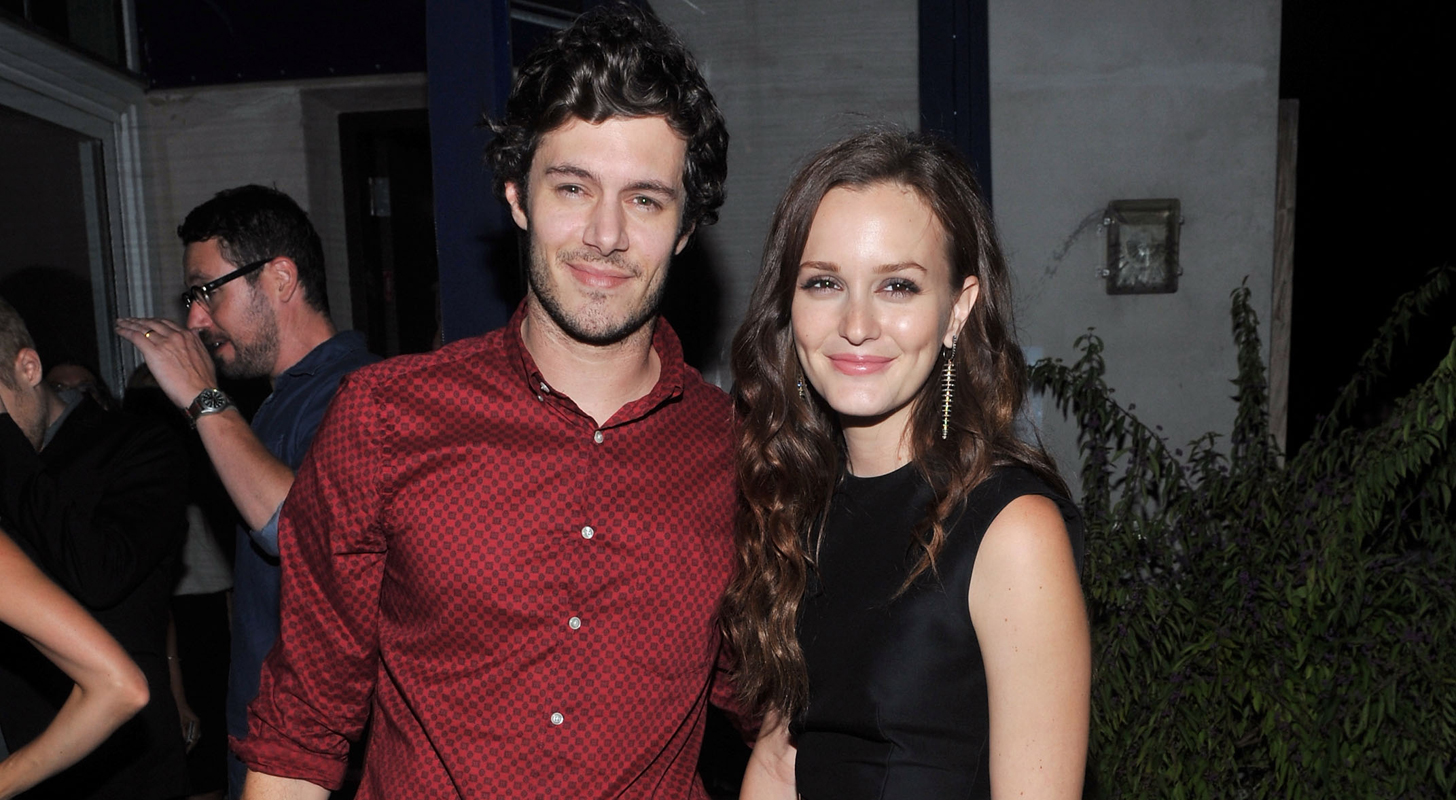 PS: Were you instrumental at all in getting Leighton to sign on? I know you were cast first, but did you have any pull with her?

AB: No, no, no. If anything, she was instrumental in me doing it — I mean, I would have done it anyway, but she was reading it, and she read it first. "I really like the script," she told me about it. And when I got offered it, I was like, "Oh, I know that script! It's supposed to be really good."

PS: Would you like to pair up with Gillian and Leighton in a different context again?

AB: Yeah, I'm sure that the longer I'm doing this, the smaller the world starts to feel, and you start working with a lot of people multiple times. And I would be lucky to work with either of them again. And furthermore, I'm sure I will. I'm sure I'll work with a majority of this cast again. Probably in the not too distant future. All of us are in this career for the long haul. I mean, I don't have any other real career prospects anytime soon — I think acting is what I'm going to do. I think it's inevitable that we'll all cross paths professionally again, and I look forward to it.

PS: Tim has a few Seth Cohen nuances, with pop culture references and punny t-shirts. Did you feel that resemblance?

AB: No, not really. The thing about Tim is, his style comes from his lack of caring at all about style. He gets dressed in the morning having a default style. I think it's a 100 percent lack of thought that he puts into it, except that he wants to make people laugh with the shirt. But that is for more of a comedic reaction than a fashion statement. I think with all of it, I would say, Seth, even with all of his perceived nerdiness, I still think he very much is a character who puts some thought into how he dressed and the music he listened to. He's still is a very self-styled person. Whereas Tim, he has silly facial hair and shirts. I modeled him a little and took some cues from one of my brothers who has very little pretense and would be ashamed if he was called a stylish person. [Laughs] I think Tim just wants to have fun and make people smile. I probably see more similarities with Tim and my character in The Oranges, to be quite honest. 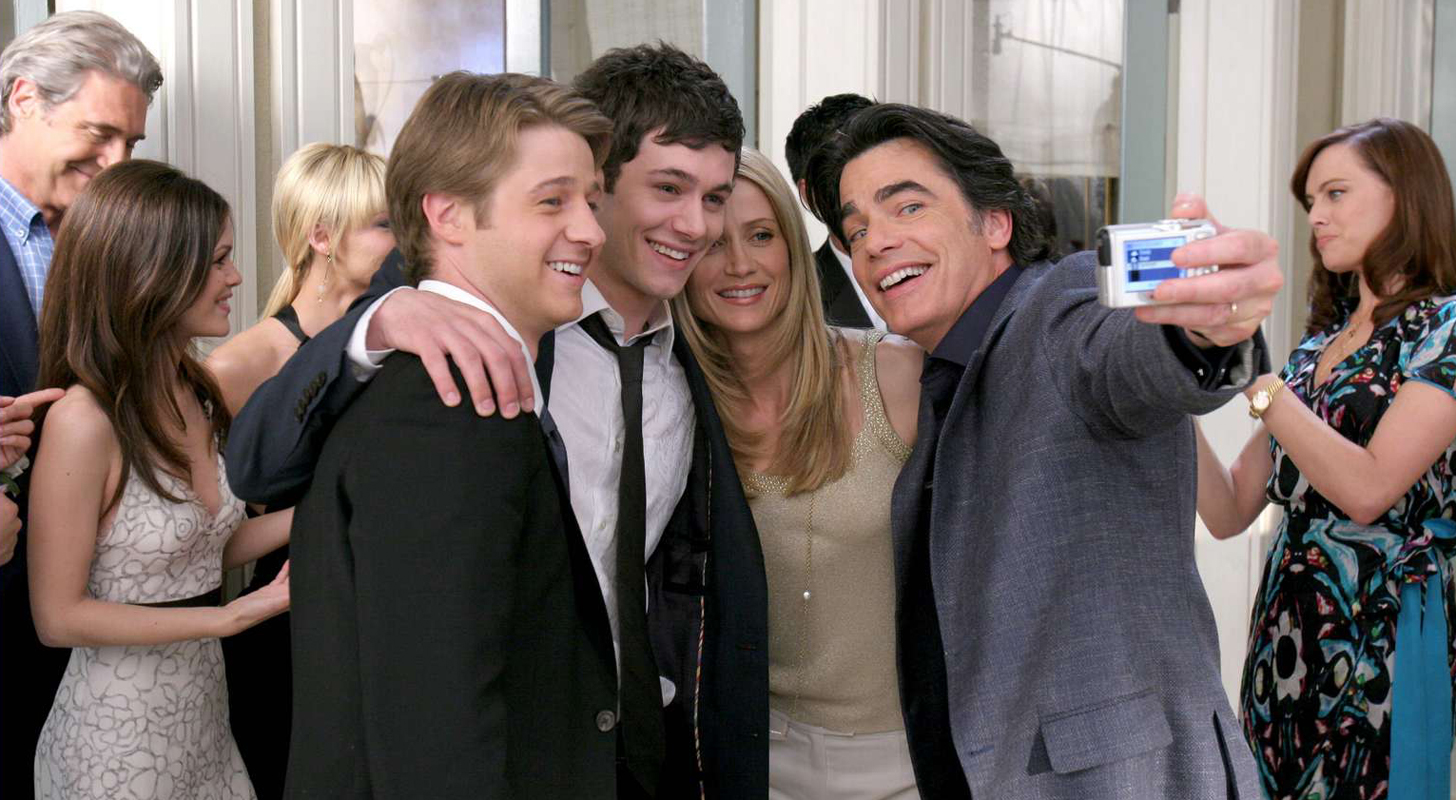 PS: Everyone always asks if there is going to be an O.C. reunion, but do you think it could realistically happen, like a Veronica Mars movie? That was a show that ended too soon versus getting closure with The O.C., but would you revisit it with the cast?

AB: No. I think you said it well. Veronica Mars ended too soon, and The O.C. kind of went out on its own terms and had its own end. I'm really happy — it was a wonderful, wonderful experience, and it was a wonderful time and great memories, and I'm so happy and fortunate that I got to tell a story that spoke to a lot of people. So much of what I do is for me and a handful of people. It doesn't get to mean anything to — I wouldn't say the world of ours — but a large number of people. So it's great to have shared this experience with a lot of people. But, speaking only for myself, I feel like I've said everything I would want to say in the world and told that story completely to my satisfaction. And I just don't, I wouldn't have any reason to revisit it. The continuing of adventures doesn't sound that inspired to me.

PS: You had a great arc on House of Lies this past season. Can you see yourself on another TV show, particularly another long-running series?

AB: Yeah, of course. I'd be very lucky to be on a really good show. There's a lot of perks of television, and at this point, even calling it television given the different platforms of "television" and the way shows are made and released is hard. Same with movies. Most indies are going to video on demand, and most big movies are part of quadrilogy, and then there's prequels and spinoffs and then television show spinoffs. So what is a television show versus a movie these days? I don't really know. That said, to do a long-running story in any medium, meaning television or movies, if you like the character, is a godsend. It's amazing. I would love that. I just did a pilot (Amazon's The Cosmopolitans) a couple weeks ago, so hopefully that will blossom into a series of its own.

PS: What can you tell me about The Cosmopolitans? I know you just finished shooting in Paris.

AB: To me, it's like, there's my character, and there's a lot of characters. It's about a group of expatriates and a group of people from all sorts of different nationalities living in Paris and looking for love. But to me, the biggest thing is, it's written and directed by Whit Stillman. I did a movie of his (Damsels in Distress), and he's an acquired taste. And to get his voice on hopefully a weekly basis would be incredible. He's got such a unique voice and worldview, and he creates such a unique world that I really like spending time in as a viewer. I love his movies, and I revisit them often. That's the major selling point to me for the show — it's completely why I did it, before I even read the script. He asked me to do it, and I said, "Of course!" So that's the thing that I can tell you about it, because it's his show, and if you know him, then you really like him. All the other stuff is important, but less so, quite frankly.

Lizzo
SZA Says She "Cried and Screamed" Listening to Lizzo's Unreleased Music: "So Inspiring"
by Yerin Kim 23 hours ago