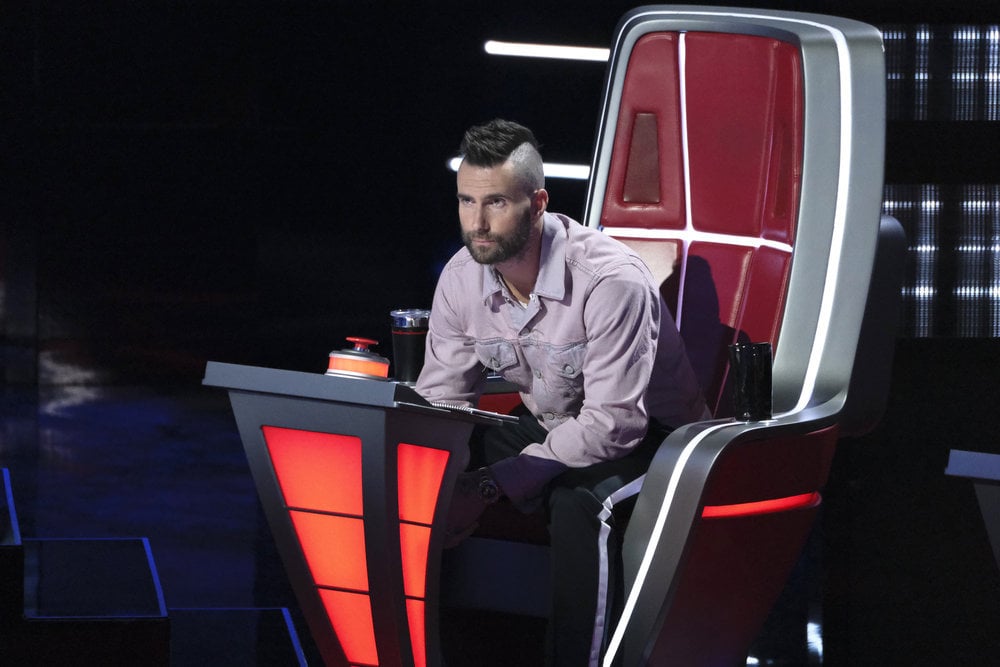 After 16 seasons and countless hairstyle changes, Adam Levine is bidding adieu to his coaching duties on The Voice. Just a few weeks after NBC announced that Levine would be returning for season 17 alongside fellow coaches Kelly Clarkson, Blake Shelton, and John Legend, host Carson Daly revealed the news of the Maroon 5 frontman's departure during the Today show on Friday. Daly noted that it was Levine's decision to leave and that he "will always be a cherished member of The Voice family."

One of the original coaches in the singing competition series, Levine has been consistently involved with the show since its 2011 debut, leading three singers to victory during his coaching stint. He and Shelton formed quite the entertaining love-hate bromance through the years, frequently poking fun at each other throughout each season. Despite their constant mutual nagging, Shelton is, in fact, sad to see Levine go. "I only found out about this yesterday and it hasn't set in on me yet," the country crooner tweeted Friday. "Gonna miss working with that idiot."

Having a hard time wrapping my head around @adamlevine not being at @NBCTheVoice anymore. After 16 seasons that changed both of ours lives. I only found out about this yesterday and it hasn’t set in on me yet. Gonna miss working with that idiot.

Clarkson also weighed on on his exit, admitting that "it will be weird" to return to the show without him there.

Found out last night about @adamlevine leaving The Voice & while I get that he’s been doing the show 4 a while & wants to step away, it will be weird showing up 4 work & he’s not there 👀 To start an amazing show from the ground up is a big deal!

Who will be sitting in Levine's big red chair come Fall, you ask? Gwen Stefani! The singer is certainly no stranger to the NBC show, as she's been a judge three times, which sparked her romance with Shelton. We're certainly looking forward to seeing the lovebirds go head to head this Fall!