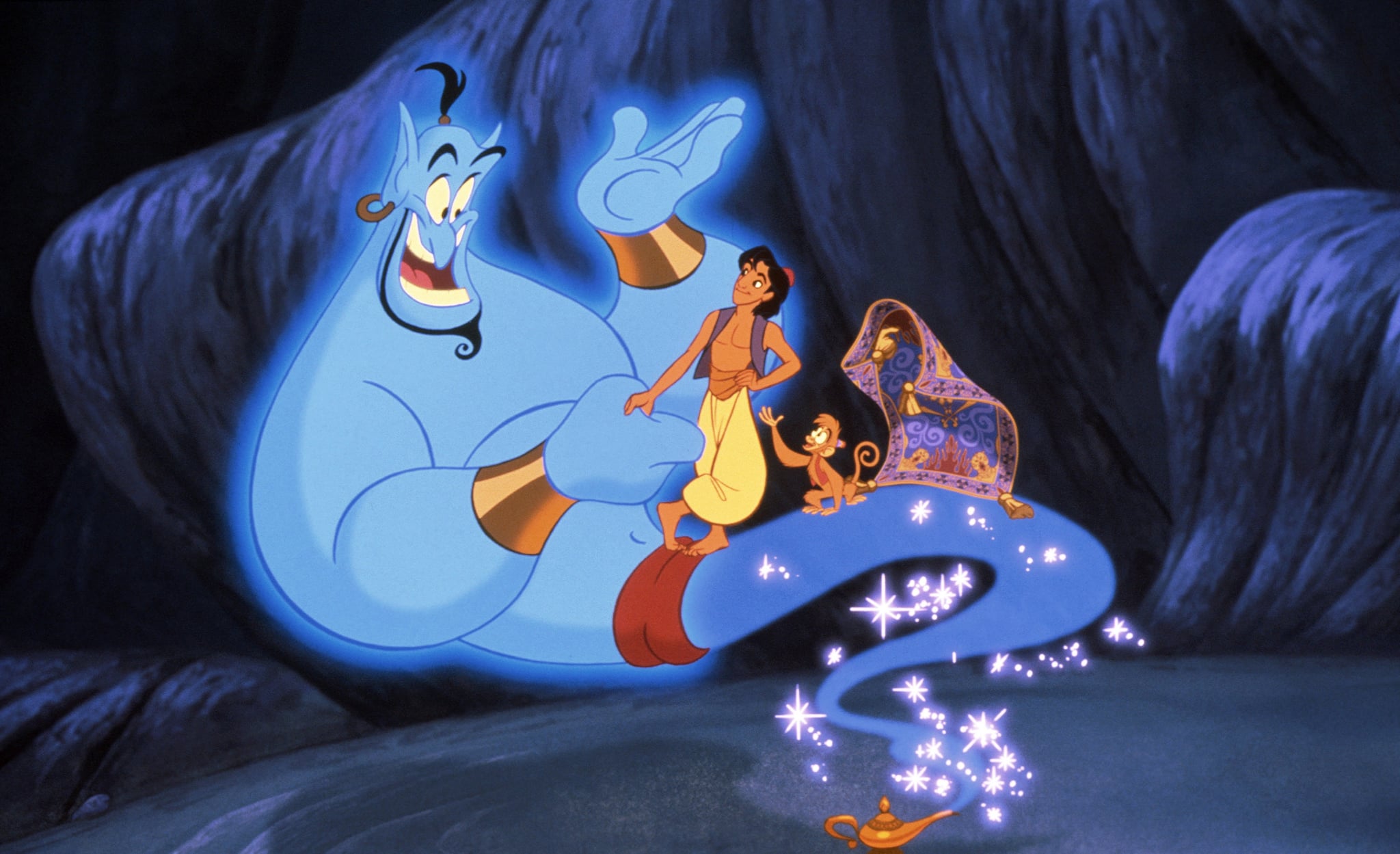 Disney's Aladdin became an instant classic after its release in 1992. While the story of the street urchin (and his pet monkey) stumbling upon an old lamp and being granted three wishes by a genie is pretty simple, we're still learning new things about the plot more than 20 years later. In a crazy fan theory that was recently proven to be true, the peddler at the beginning of the film, who sets the scene for the entire story when he talks about a lamp that's in his possession, actually plays a much bigger part. Despite never appearing on screen again, the peddler is actually the Genie after he's been set free. Want further proof? The two characters share a few of the same features — the curly beards and four fingers on their hands — and they are both voiced by Robin Williams. In 2015, Aladdin's codirectors, Ron Clements and John Musker, confirmed that this is one instance where a fan theory happens to be true.