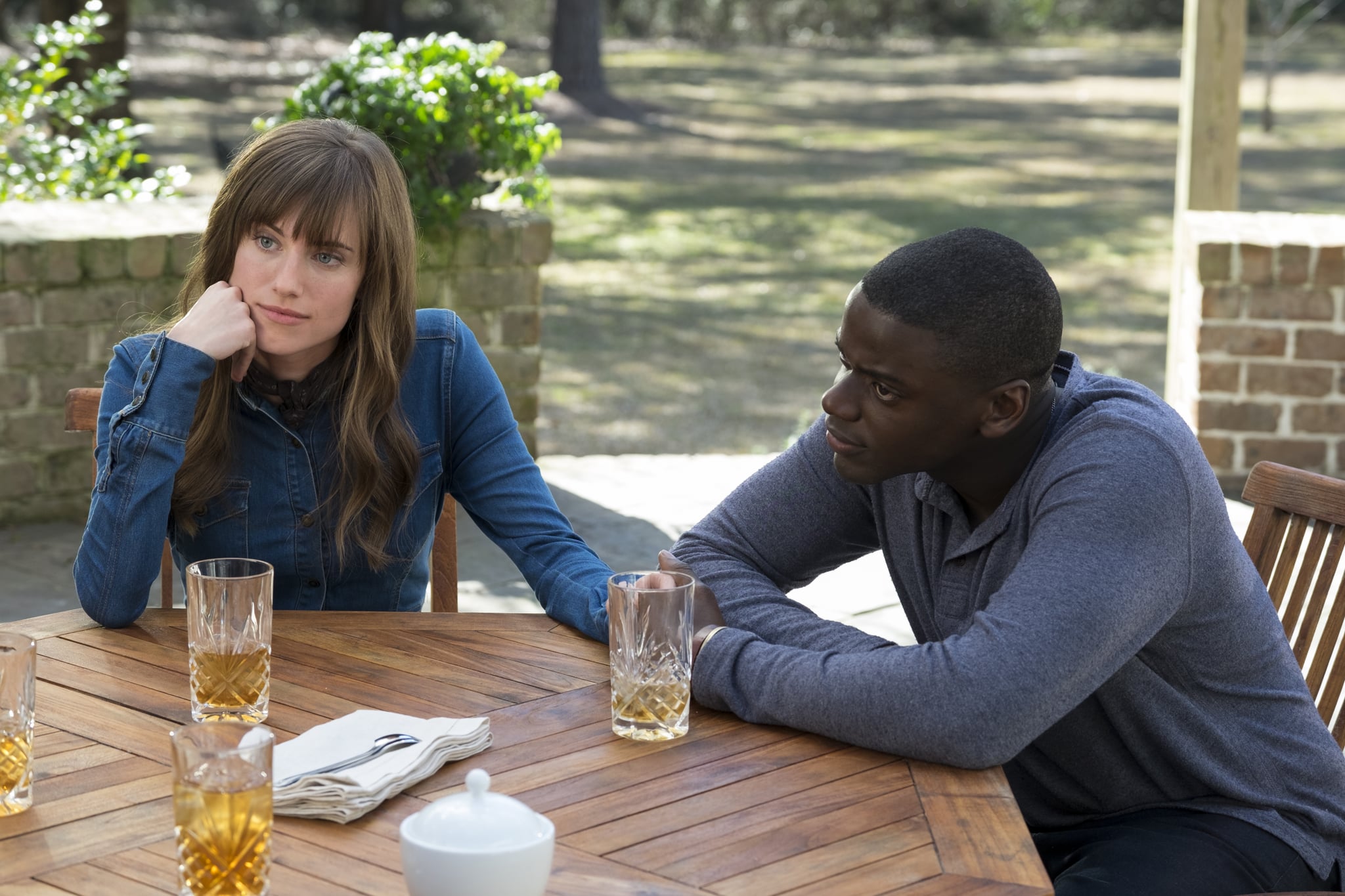 Jordan Peele's new movie Get Out is the smartest horror flick in years. The film follows interracial couple Chris (Daniel Kaluuya) and Rose (Allison Williams) on a weekend getaway; Chris is meeting his white girlfriend's white family for the first time. It's pretty clear from the get-go that not everything is as it seems in this strange upstate neighborhood. Rose's family comes forward with nothing but microaggressions, and the rest of the members of the community are borderline antagonistic. The one question mark is Rose: is she just as crazy as the rest of her family seems to be, or does she really love Chris? I hopped on the phone with star Williams to get to the bottom of her mysterious and surprisingly complex character and to talk about the film's other ins and outs.

POPSUGAR: What was it like getting into this character?
Allison Williams: When I read the script, I instantly knew I wanted to do it . . . I wanted to find a way to give her a sense of real true love for her boyfriend and a dash of naiveté — you know, from being white her whole life — while also being really well-intentioned and genuinely wanting this to go well . . . it was a very collaborative process, and I was completely in from the beginning, and just could not wait to get to work on this.

PS: What statement do you think the film makes in the context of Donald Trump's America?
AW: That's such a good question. I mean, honestly, I think the sad truth is that this movie would be relevant and controversial no matter when it came out. But I think the statement it's making is not so much a declarative statement, it's more so an invitation to have a dialogue that we badly need to have and seem to have trouble with. 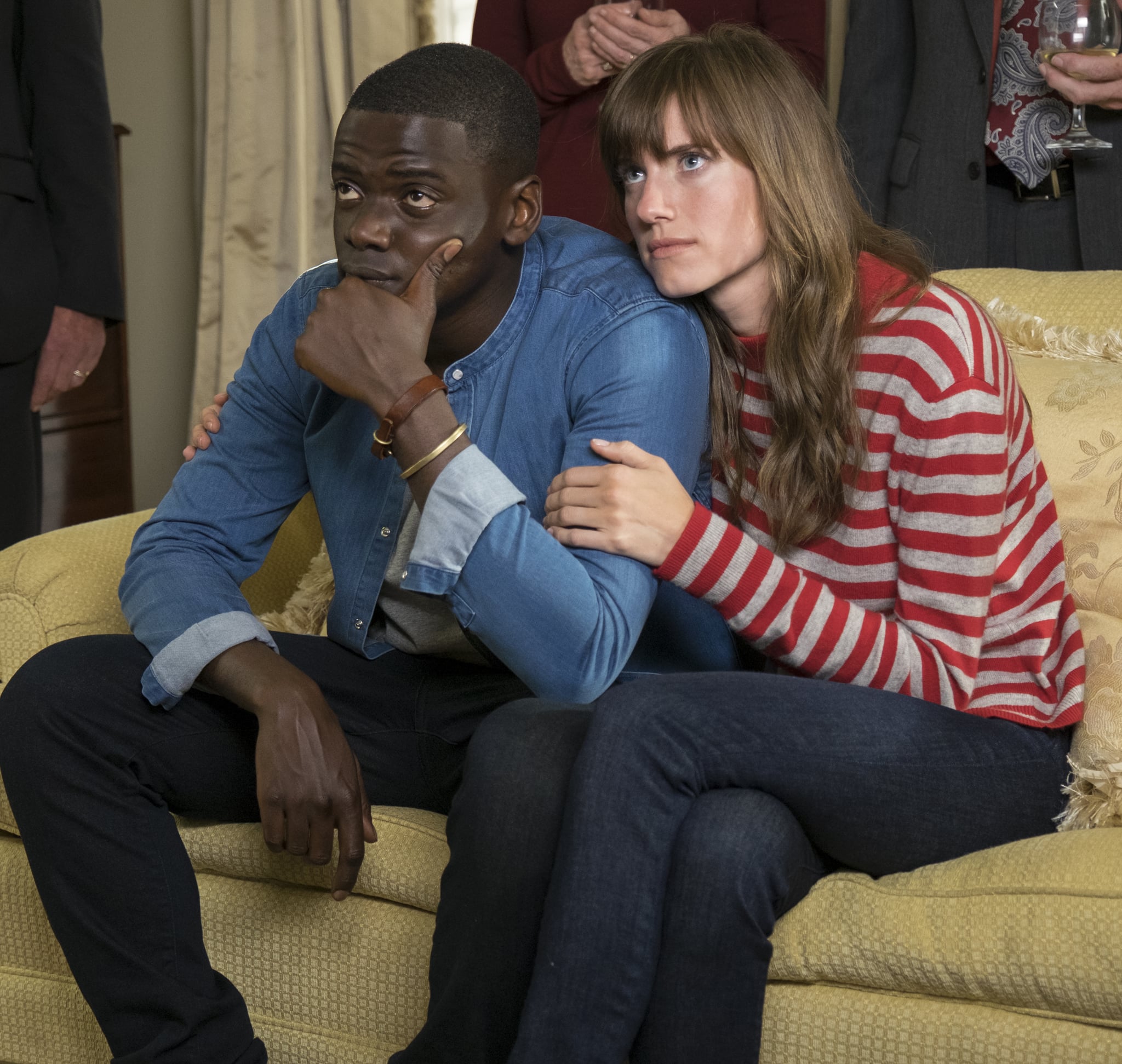 PS: True! There's a divide between real commentary on race in America and this switch to complete madness. How does the film toe that line?
AW: Well I actually think, if you think about something like the "sunken place," it's a metaphor in a lot of ways for a lot of stuff. [Note: In the film, Rose's mother, a psychiatrist, hypnotizes Chris. Without spoiling too much, she does this under the guise of helping Chris quit smoking. Once he's hypnotized, he falls down into the "sunken place," a weird, void-like space vacuum where he's susceptible to suggestion.] One, the experience of seeing a movie, where you have no agency or ability to alter what you're seeing on screen. And the experience of yelling something at the screen when you have no possibility of changing the outcome of what you're watching. And then there's also just the feeling of having no agency with what's happening around you, and feeling that sense of hopelessness. Like you're yelling into a crevasse and no one can hear you and no one will ever hear you.

PS: That's such a strong distinction! I didn't even consider that in regard to the "sunken place," but it seems so spot on.
AW: Yeah, and the other thing is — this is why I encourage people to see it a second time — there's so much layered in like that. Where it just, at first glance, seems like wild and crazy, but then when you look at it more closely . . . even the way people die, and his decision to pull back at the last minute. Why is she smiling? It's really, really layered, and I encourage you to think about it.

PS: I love that. I guess I'm seeing it again. Was there any moment during filming where you were like, "Oh my god, this is SO white"?
AW: I think, god, there's a lot of it. I think the more subtle things, like Rose's dad calls him "my man." That stuff is so real, that stuff is really subtle. And no one would accuse him of doing that out of malice, but it's one of those things where, once you're aware of it, you start to see it everywhere, and you're like, "Oh god, this is such a thing." And, I don't know, there are a lot of things like that. That whole cocktail party, all of those little conversations are cringe-y in their own right.

PS: SO cringe-y.
AW: Yeah, but they're also very real! Those are things you can kind of hear people bringing up!