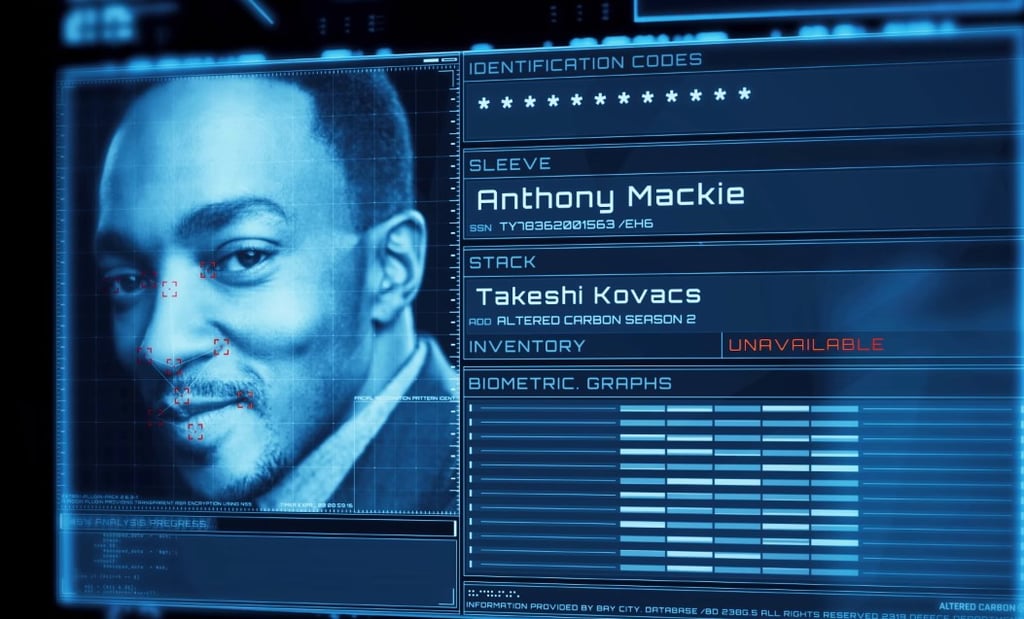 Altered Carbon's second season is officially in production, so Netflix figured what better way to celebrate that than by announcing which talented stars have joined the sci-fi series. Leading the charge is Anthony Mackie, who is stepping into the role of Takeshi Kovacs. The character is a former protectorate CTAC soldier who went on to become a revolutionary envoy and, finally, a mercenary for hire. Since the series takes place in a universe where humans' consciousness can be switched into different bodies (aka "sleeves"), Kovacs was played by three actors the first time around: Byron Mann, Will Yun Lee, and Joel Kinnaman. It'll be interesting to see how Mackie takes on the role, but he isn't the only familiar face you'll see in season two. Check out all the exciting additions, ahead.

Related:
This Altered Carbon Star Is Terrifying Your Subconscious For a Reason
0
previous images
-24
more images
Previous Next Start Slideshow
Anthony MackieNetflixAltered CarbonTV
Around The Web

Netflix
Unsolved Mysteries: Were the Berkshires UFO Sightings Aliens? Here Are a Few Theories
by Stacey Nguyen 20 hours ago

Netflix
Lena Chapin's Case Remains Unsolved, but Here Are 5 Theories Regarding Her Whereabouts
by Stacey Nguyen 16 hours ago