Fleetwood Mac legend/apparent witch Stevie Nicks pays a visit to American Horror Story: Coven this week, and if you think you're excited, you should see Misty. In the first episode of the New Year, the witches have reached a truce. Marie and Fiona are getting along like two peas in a pod, but Cordelia is struggling to find her place now that she's been informed that she married a witch hunter. A new supernatural being has appeared in old New Orleans, and guess what he wants? Babies. Yeah, it gets messy this week. 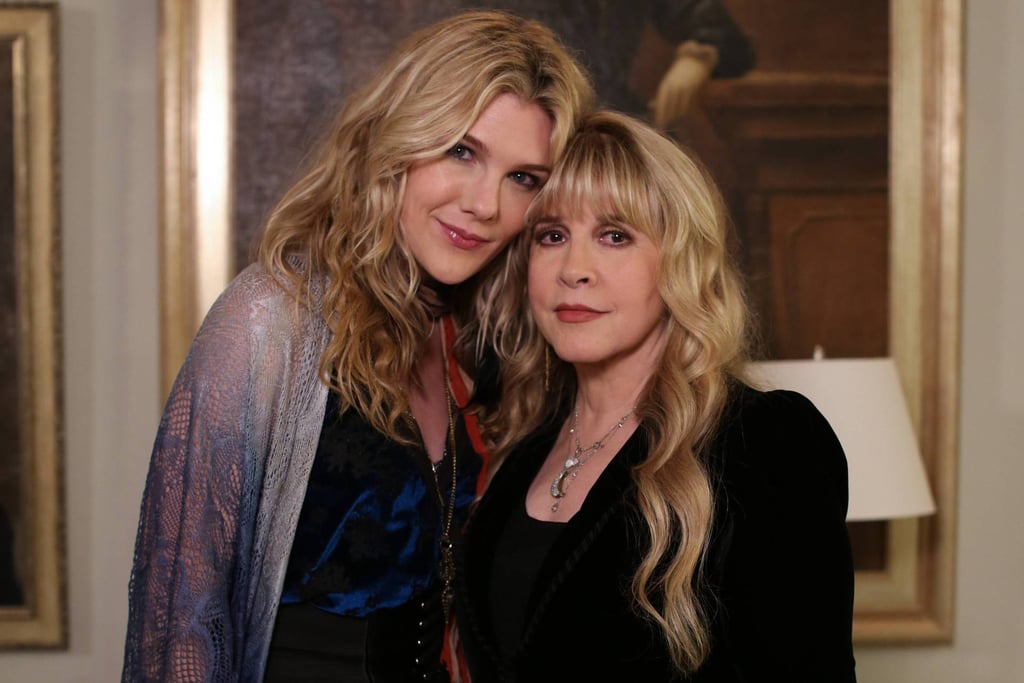 Sadly absent are the head of Madame LaLaurie and any story lines involving Kyle. He just got kind of normal, bring him back! Oh, did I mention two people gently pass away are violently murdered on "The Magical Delights of Stevie Nicks"? We'll get to that. Here are the most twisted moments from this week's episode.

Emmy Rossum
Turns Out, Fiona Gallagher's Shameless Series Finale Absence Was a Result of COVID-19
by Grayson Gilcrease 15 hours ago

Netflix
Wondering About the Main Characters of Future Bridgerton Seasons? Here's What to Know
by Amanda Prahl 19 hours ago

Netflix
Dearest Reader, Bridgerton Has Been Renewed For Seasons 3 and 4
by Kelsie Gibson 23 hours ago