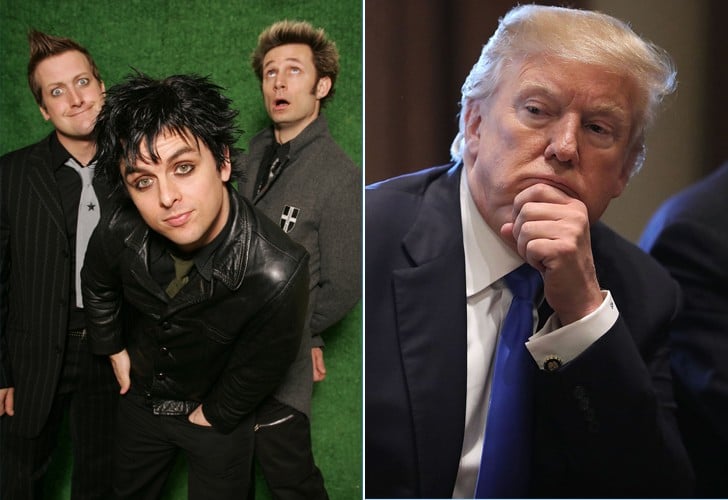 It looks like the Brits aren't exactly going to be welcoming President Donald Trump with open arms for his first visit to the UK on July 13. There's an impassioned campaign afoot across the pond to make Green Day's hit song "American Idiot" the No. 1 single on English charts by the time the POTUS touches down on UK soil, and — *spoiler alert* — it's working.

Since the movement began, many Brits have been smashing download buttons for the 2004 jam on various music-streaming platforms. As of July 10, "American Idiot" nabbed the No. 1 spot both on Amazon's UK bestseller list and on Google Play's Top Songs list in the UK, as well as the No. 18 spot on Britain's Official Singles Chart. The campaign also has its own Facebook page, aptly titled "Get American Idiot to No.1 for Trump's UK Visit," which has more than 20,000 followers who fervently track the song's chart-climbing progress.

Read on to learn more about this entertaining campaign, and click here to help the Brits peacefully protest before being faced with the real namesake of Green Day's "American Idiot."