July 23 will mark four years since singer Amy Winehouse died at age 27, and a new documentary — opening wide in US theaters this weekend — is taking an unprecedented look back at her all-too-short life. I saw the first screening of Amy at the Cannes Film Festival in May. I left the theater feeling deeply sad, but also like I'd witnessed a kind of celebration of, and testament to, her once-in-a-generation talent.

Asif Kapadia, who also directed the exceptional documentary Senna, spoke with 80 people — Winehouse's childhood friends, bodyguard, parents, first music manager, and even ex-husband Blake Fielder-Civil — for the film. Armed with those interviews, some of Winehouse's own journals, and never-before-seen home-video and TV footage, the resulting documentary aims to dig past the public image to get to the real person underneath the massive black beehive and behind the soul-shaking voice. Sometimes it succeeds, like when we watch grainy home-video footage of a self-assured and flirtatious teenage Amy, singing "Happy Birthday" to one of her best friends, a cigarette in her hand and a scrunchie bunched around her wrist. Just as often, though, I felt deeply uncomfortable having to rely on the people who knew her to truly do her story justice, especially her father, Mitchell Winehouse. Though he participated with the film, he's since threatened to sue Kapadia for portraying him as an "absent father." (It's a charge that, at least based on the interviews and footage contained in Amy, doesn't seem to me like it's unfair.) 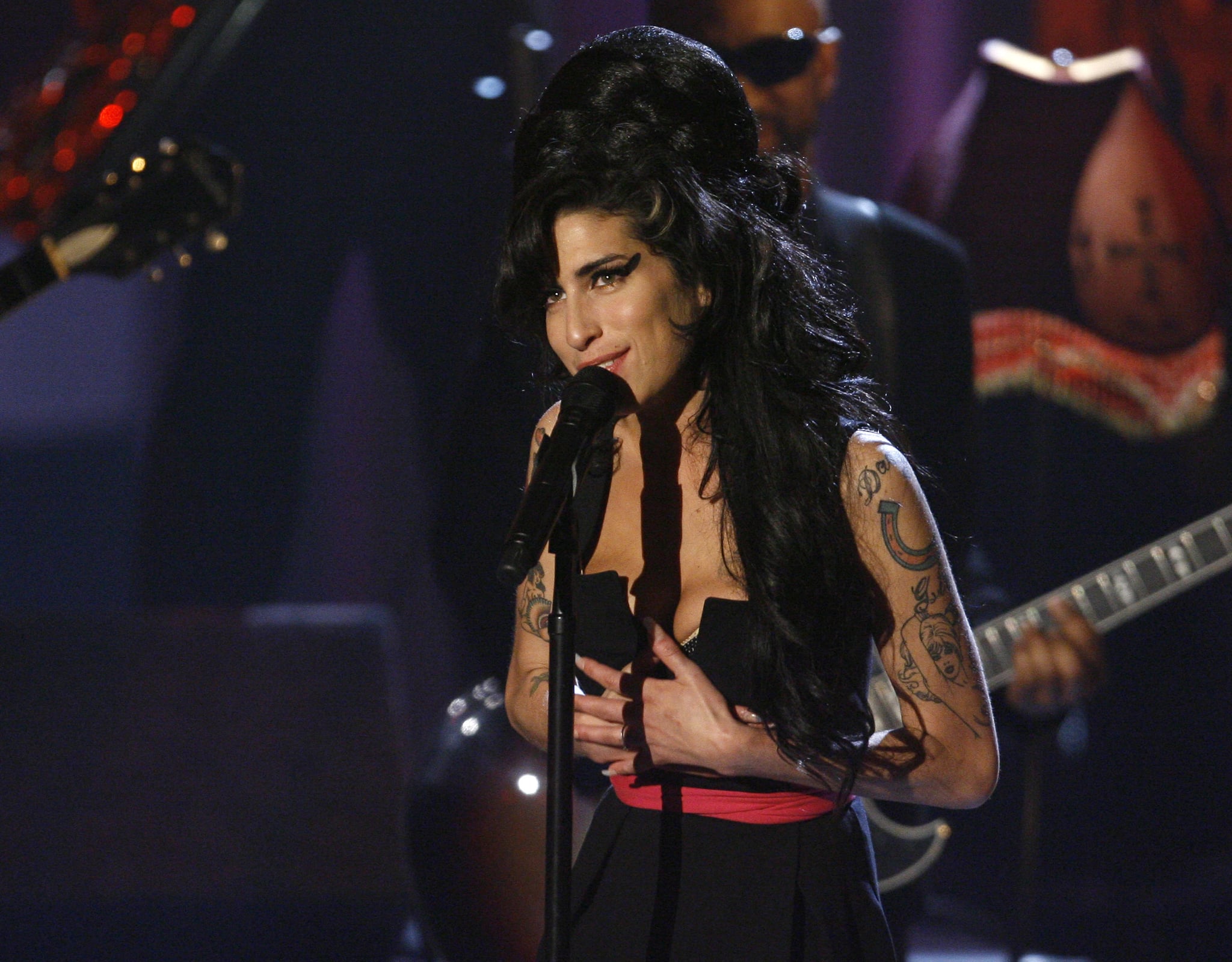 Amy isn't an easy film to watch. It gives viewers a front-row seat to Winehouse's self-destruction and spends much of its two hours focusing on the darker years of drug use, bulimia, and poisonous relationships that came with the success of her sophomore album, Back to Black. It's almost physically painful to watch her waste away, so much so that there were times during the movie when I found myself looking away from the screen. But perhaps the most disturbing moment, for me, was when Winehouse's mother, Janis Winehouse, recalls her 15-year-old daughter confessing to her that she was on a "diet" that consisted of overeating and purging. She tells Kapadia she wrote it off at the time, discounting it as a "phase" she'd get over. But despite the fact that the demands of fame and the failings of those around Winehouse almost certainly contributed to her demise, the movie never takes the easy way out by laying the blame squarely at the feet of any one person or thing.

Amy will undoubtedly draw some comparisons to the recent HBO documentary Kurt Cobain: Montage of Heck about Nirvana's Kurt Cobain. I do think Montage feels more intimate than Amy and gets more inside Cobain's head. But Kapadia obviously went to great lengths to illuminate the unknown corners of Winehouse's life and talent, even though many of those who knew her well aren't exactly the most reliable of narrators. For my money, the most winning aspect of Amy is how much it revels in the late singer's scalpel-sharp wit and sense of humor. The audience burst into laughter more than once during the screening I attended as we watched Winehouse throw interviewers off-kilter or come up with off-the-cuff, invented characters to entertain her friends.

If anything, Amy will make you wish its star were still here to tell her story in her own words.

Tom Hanks
How Accurate Is "Elvis"? What's Real and What's Not
by Hannah Resnick 11 hours ago

Movies
Zawe Ashton on Bringing Her "Quirky" Love Story to Life in "Mr. Malcolm's List"
by Victoria Edel 12 hours ago