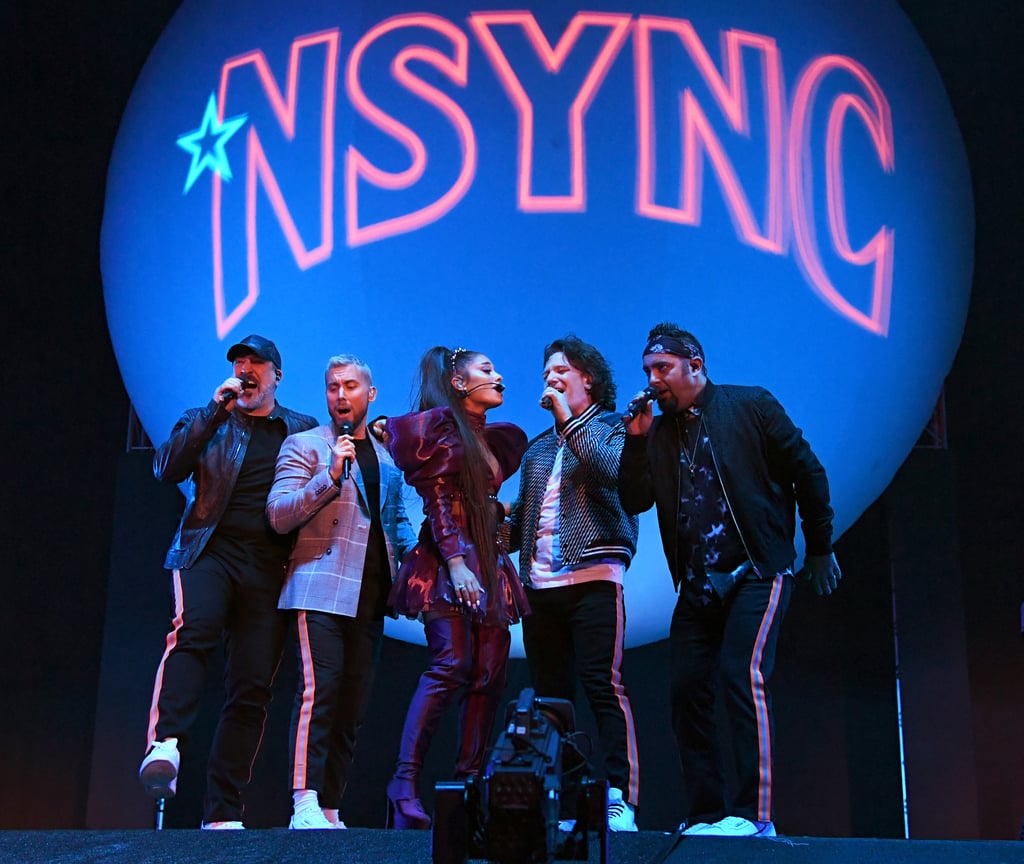 Ariana Grande closed out the first weekend of Coachella 2019 with a bang — and a boy band. After some teasing in the days leading up to her performance, the singer surprised the festival crowd with an appearance by *NSYNC. Though unexpected, the joint performance made sense after Ariana had previously sampled *NSYNC's "It Makes Me Ill" for "Break Up With Your Girlfriend." The group performed both of those songs, in addition to "Tearin' Up My Heart."

Justin Timberlake unfortunately wasn't in attendance, having just completed his Man of the Woods tour the night prior. Despite his absence, however, it seemed like Lance Bass, JC Chasez, Joey Fatone, and Chris Kirkpatrick had a blast. Fatone wrote on Instagram, "Was a great time and a chance to perform with my brothers once again." Ahead, see clips and photos from one of the more memorable Coachella moments in recent memory.

Related:
75 Photos For Anyone on the Fence About Buying Tickets to Ariana Grande's Sweetener Tour
0
previous images
-6
more images
Previous Next Start Slideshow
Ariana GrandeNostalgiaCoachellaMusicNSync
Around The Web

Beyoncé Knowles
Music Mood Board: When You Need to Be Reminded of Your Worth
by Brea Cubit 3 days ago