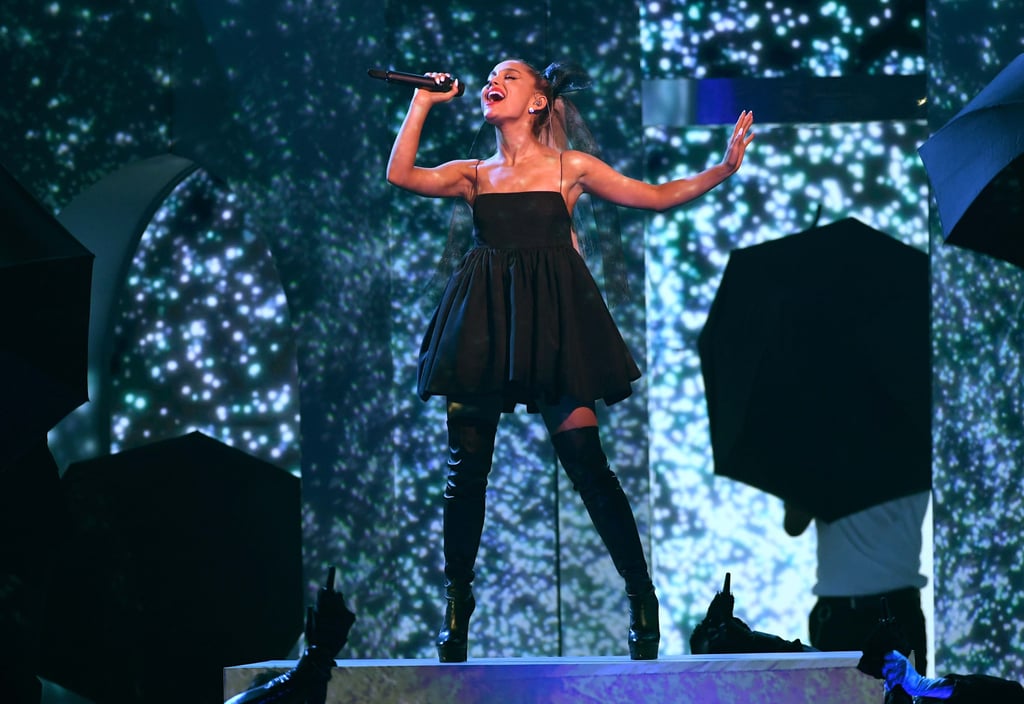 Ariana Grande Had the Best Reaction to Making Billboard History: "What the F*ck Is Going On?"

All hail Ariana Grande! The pop star and her omnipresent ponytail have officially matched a chart record that was previously achieved by The Beatles thanks to her new album, Thank U, Next, and I am personally very happy for her.

After numbers came in for her album, which went No. 1, Grande made history by occupying the top-three spots on the Hot 100 chart with her latest singles: "7 Rings," "Break Up With Your Girlfriend, I'm Bored," and "Thank U, Next" (in that exact order). The Beatles were the last musicians to achieve this back in 1964, when they ruled the charts with "Can't Buy Me Love," "Twist and Shout," and "Do You Want to Know a Secret." It's worth noting that Grande is the first solo artist to set this record, too. (Is anyone surprised? No? Good.)

"Break Up With Your Girlfriend, I'm Bored" was only just released on Feb. 7, but it's already climbing the chart in a way that suggests it'll reach No. 1 status soon. Meanwhile, "Thank U, Next" was No. 1 for seven weeks, and "7 Rings" has held the No. 1 spot for the last four weeks. Naturally, the popularity of her music has crowned Thank U, Next as the most-streamed pop album ever, and Grande as pop music's indisputable queen.

Of course, Grande's reaction to the record is everything we'd expect from her — hilarious — so keep reading to see her many, many perfect tweets about the news ahead.

Identity
The State of Reggaeton Music Today — in Conversation With Paopao, Katelina Eccleston, and Jesús Triviño
by Charisandra Perez 6 hours ago