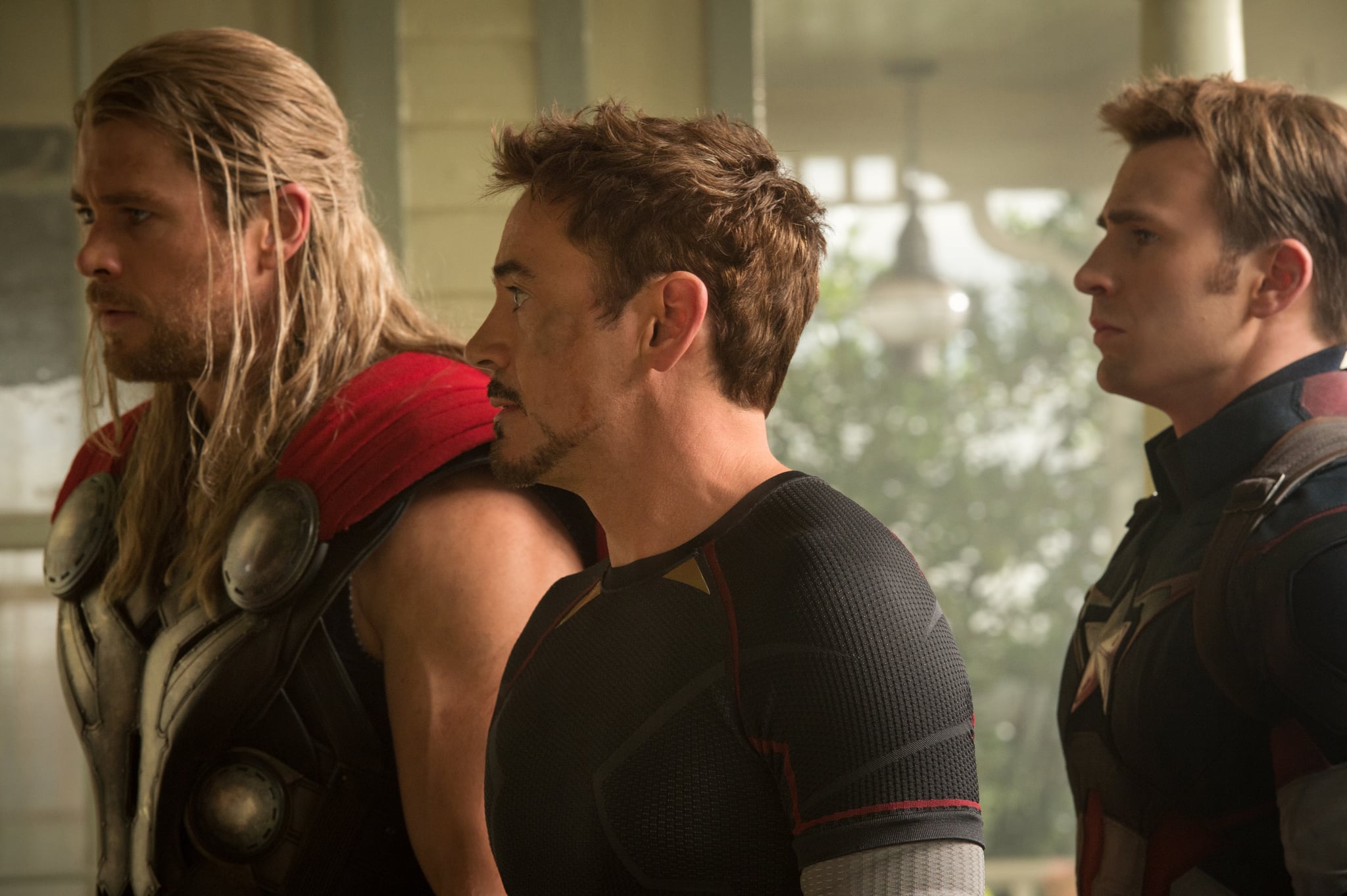 Since Avengers: Age of Ultron began debuting trailers, they have been full of destruction and grave danger, but there has been little humor. Finally, the latest spot lets Tony Stark (Robert Downey Jr.), Captain America (Chris Evans), and more of the Avengers crack some jokes and show off some wry humor. There's still plenty of action, of course. To recap, new villain Ultron (voiced by James Spader) wants to destroy the Avengers and, eventually, everything. Check out the latest trailer and all the other ones that have been released, which show off new characters Scarlet Witch (Elizabeth Olsen) and Quicksilver (Aaron Taylor-Johnson), plus old favorites Thor (Chris Hemsworth) and others. The Marvel sequel comes out May 1, and if you want more, check out all the pictures and the character posters.